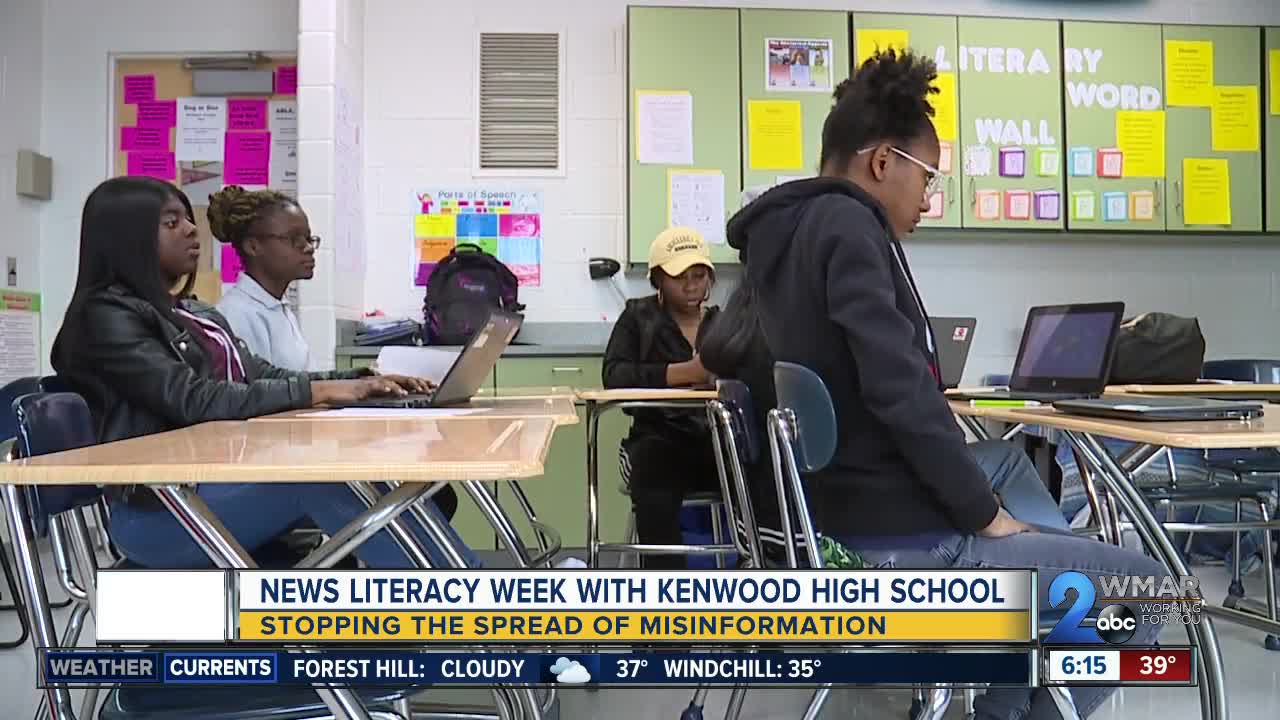 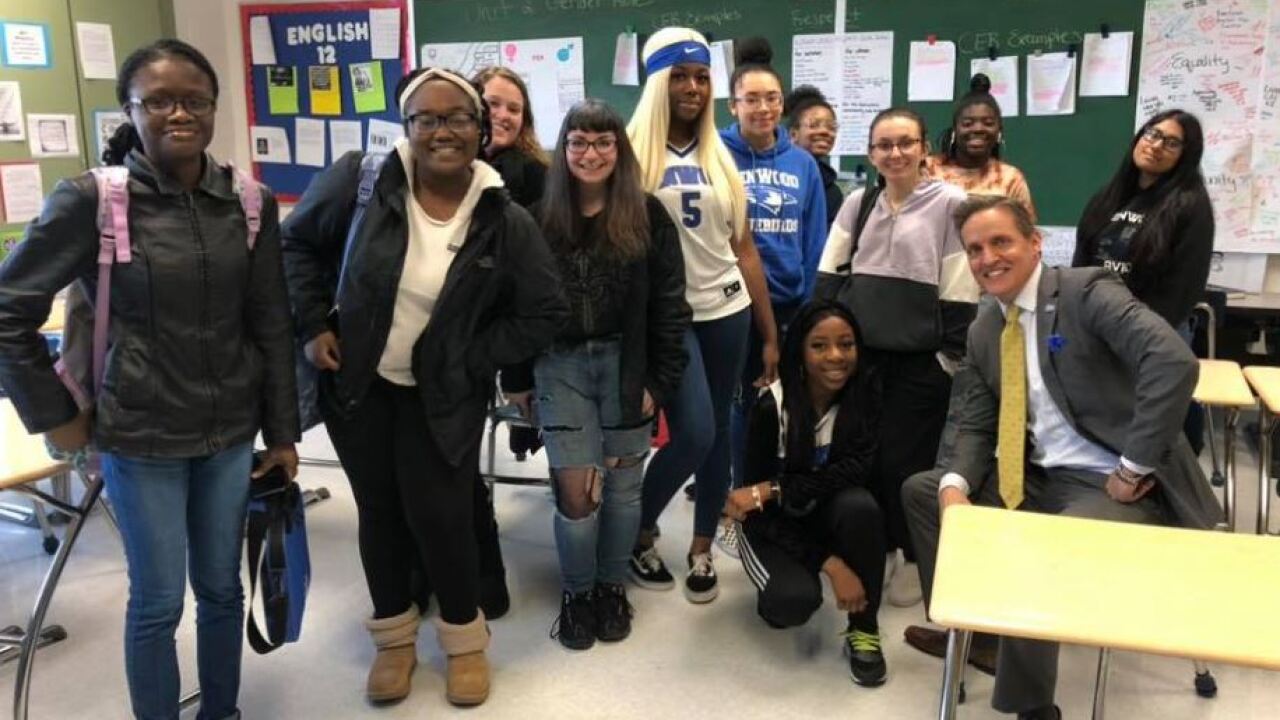 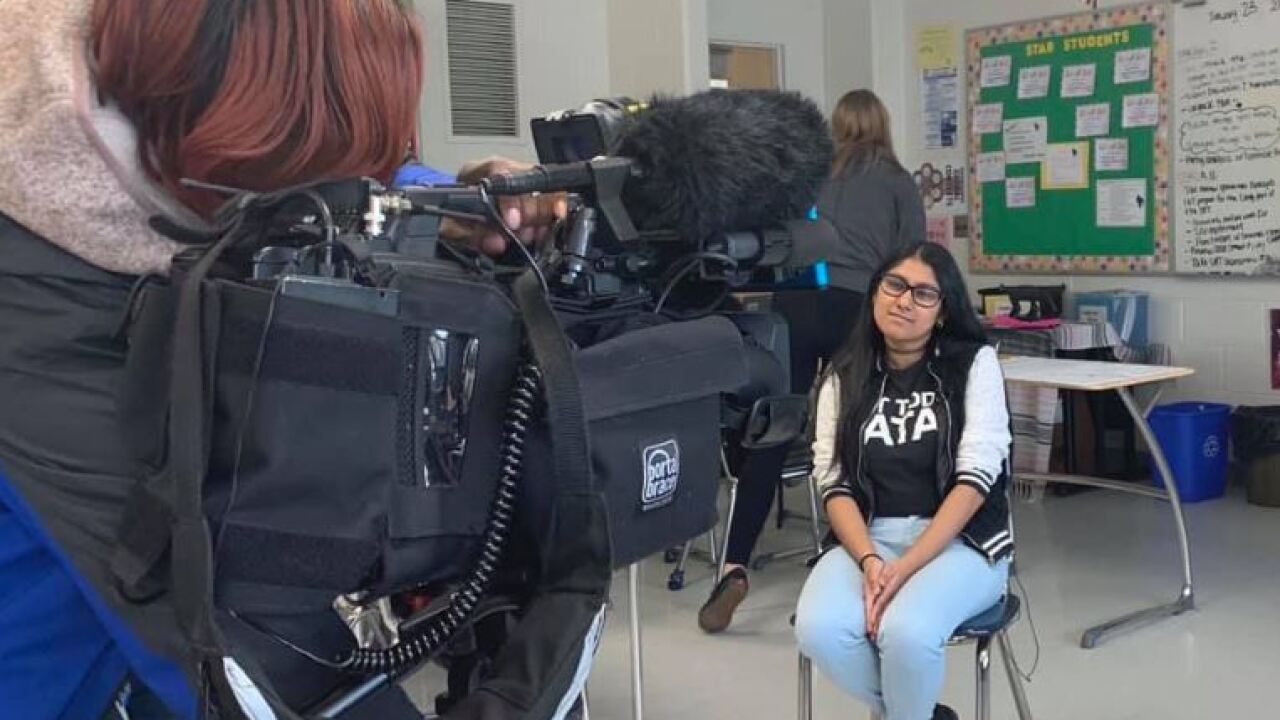 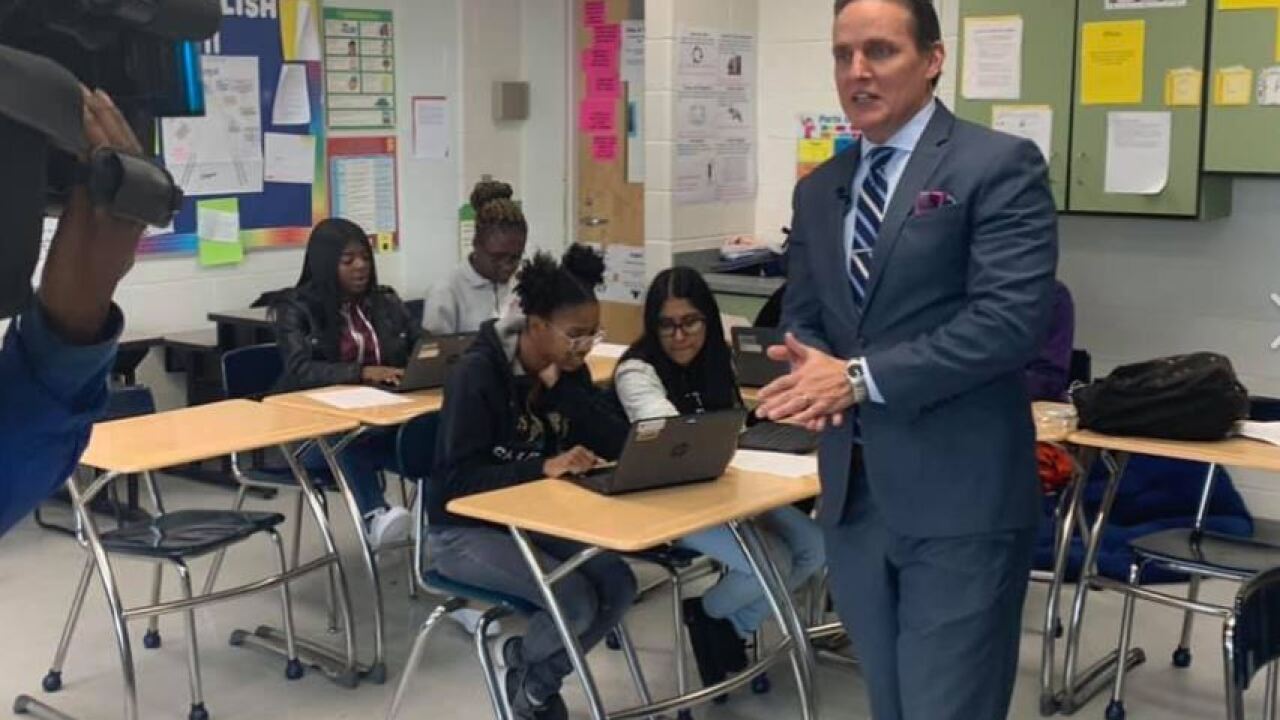 By: This article was written by Luvia Thomas, Loveth Ajayi, Alexia Crook, and Robberta Nji from Kenwood High School
Posted at 1:36 PM, Jan 27, 2020

National News Literacy Week, January 27-February 2, is a week to raise awareness on “determining what is credible and what is not, to identify different types of information, and to use the standards of authoritative, fact-based journalism as an aspirational measure in deciding what to trust, what to share, and what to act on” (News Literacy Project, 2020).

The journalism class at Kenwood High School in Essex, Baltimore County had the awesome opportunity to work with Good Morning Maryland’s news anchor Christian Schaffer, to co-produce a story and learn more about why today, with the mass amount of information is available to people, news literacy is so important to know and understand.

In a world with advanced technology and the internet, which allows anyone to “share” and “spread” news, it’s more important than ever that students and adults are all educated on things like fake news, misinformation, and what bias and opinion versus fact truly is.

Though students got to see some of the cool behind the scenes things, like how news broadcasting works and the process before anything airs on television, Kenwood journalism students also learned how very easy it is for someone to edit live video to misquote someone and spread misinformation. Anyone can write anything on the internet and make it sound half-convincing and it could easily be perceived as true by the masses.

Understanding bias vs. fact is probably something all people, young and old, need a crash course review on. Reporters are to keep bias out of their stories, but whether it happens or not isn’t always the case. It's up to the viewer to spot bias and understand the information presented may not always be correct, in hopes of getting the audience to see something a particular way because of the one reporter’s own bias towards the issue.

Bias can occur when news reporters choose opinions over facts to inaccurately disseminate information for their own personal interest. Bias can sway conversations when it comes to interviewing. Through Kenwood students' time with WMAR they had to learn to navigate their own bias when conducting interviews on topics they possibly had their own strong feelings about. Kenwood sophomore journalist Robberta Nji gained much insight from the experience, “It is so vital as news reporters ourselves to make sure we’re careful about what we say when reporting because our own opinions and bias can be misleading which then leads the viewers questioning the credibility of the news.”

News can sometimes be deceptive when it is based on opinions and not facts. When this happens by some the media it gives a bad rap to all. A fact is something backed up with evidence and, if there’s no evidence to support a claim, it’s no more than a strongly stated opinion.

We are living in a time where everyone believes everything they see on the internet or TV to be true and that is not always the case. Senior Kenwood journalist Alexia Crook shared, “Christian Schaffer showed us how easy it is to take what someone said and make a completely different sentence and make it seem like they said something totally different and opposite of what they did.” Everyone has their own opinion and own bias, it has always existed and always will, but where we’re failing as a society is how too often people see someone’s opinion as fact.

Sophomore Kenwood journalist Robberta Nji added, “The most important thing I took from our experience with WMAR was being aware of how easy it is to get fake news and that I should do more research. People are always on social media scrolling, reading, and then sharing about things that never happened!”

Our generation must be better about knowing the difference between fake and real news. Not only is it so easy today to misinform the masses with editing someone’s statement but it’s also very easy to Photoshop things and make them seem real. Doing thorough research on the issue will give all of us more insight into the information we’re exposed to on a daily basis.

Part of being digitally responsible citizens today is to be informed on identifying the difference between fake and real news.