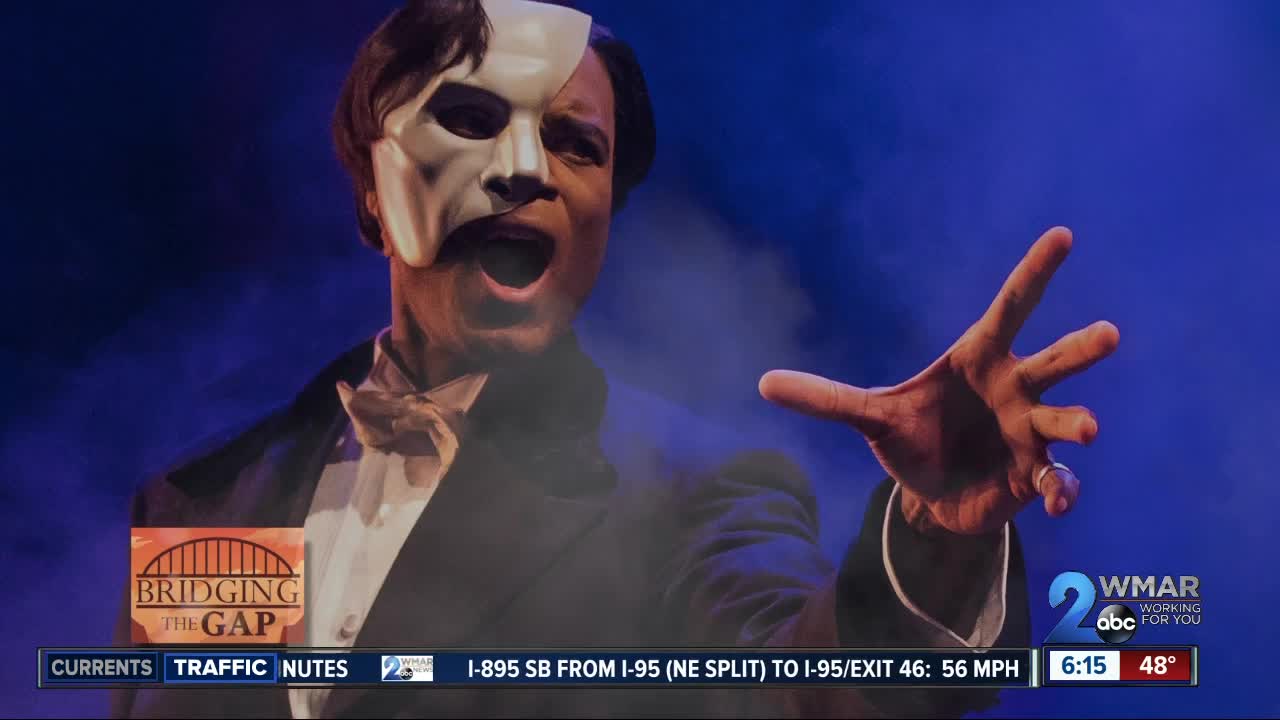 Derrick Davis is the first African American male to tour the country in the iconic role, The Phantom of Opera.

"It feels like a weight of responsibility. Its a pleasant weight but a weight none the less. . .It felt like a very fragile treasure was in my hands and I had to take very special care of it." said Davis.

Aside from getting his lines right and hitting his notes, a big part of the weight is knowing that young people are watching him. As the show tours the country, black and brown children outside of New York are given the opportunity to see someone who looks like them.

"I don't take that lightly. I was a youth pastor in my church for several years before I stepped into my career and I had a group of about 300 young people in Long Island that I was in charge of . So young people are very close to my heart. I understand how consciously and subconsciously they pattern themselves after what they see. So I take very special care to make sure that what I exemplify is excellence and greatness and I try to live that way in my every day life." said Davis.

Growing up, he learned very early not to let his color define him.

"Let it be a part of your foundation but don't let it define you. Because when you start to let you color define you, there are limitations that can arise whether you put them on yourself or other people start to put them on you. So I never bought into the idea that I couldn't do anything or wasn't right for anything because of my color. I just made sure that my level of excellence preceded my color and that it kind of made people blind to my color and so I could get into any door that I wanted to. " said Davis.

Davis considers himself a dreamer and has this advice for anyone with a dream.

"Dream as big as you can and then let your journey blow your biggest dreams out of the water... Don't limit yourself. Literally nothing is impossible. "