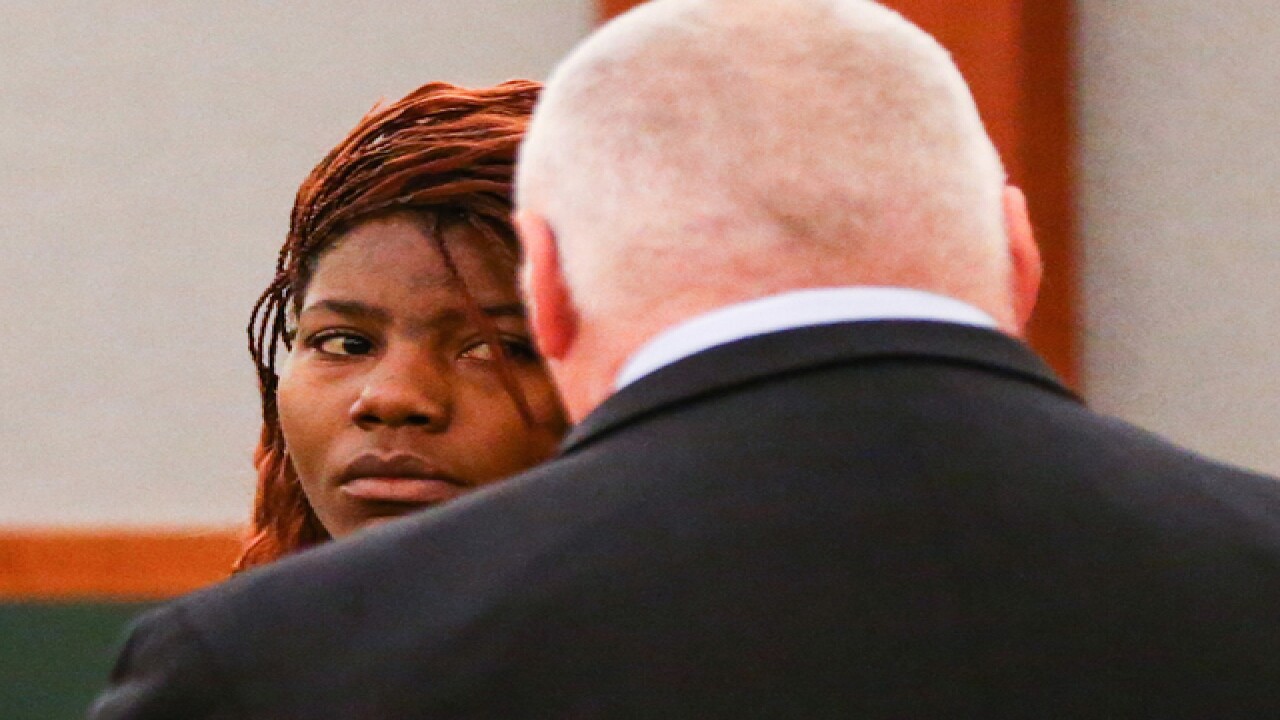 By: Associated Press
Posted at 11:12 AM, Jan 21, 2016
Criminal charges were added Wednesday against a 24-year-old woman already facing murder and child endangerment charges after authorities say she intentionally plowed a car into a crowd of pedestrians on a Las Vegas Strip sidewalk.
Clark County District Attorney Steve Wolfson filed 71 felony charges against Lakeisha Nicole Holloway, including 34 new attempted murder and 34 new battery with a deadly weapon charges.
Wolfson said the additional charges reflect injuries to people struck by Holloway's car Dec. 20 outside the Planet Hollywood and Paris Las Vegas resorts.
Holloway's defense attorney, Scott Coffee, said the new charges had been expected.
The murder and child endangerment charges were lodged against Holloway shortly after her arrest. Wolfson said at that time that he planned to add charges once police identified and interviewed more than 30 people who were injured.
Jessica Valenzuela, 32, of Buckeye, Arizona, died in the crash. Police and firefighters said the injured were from California, Colorado, Florida, Oregon, Pennsylvania, Washington state, Mexico and Canada.
The child endangerment charge stems from allegations that Holloway had her 3-year-old daughter in the car at the time of the crash. The girl wasn't injured.
One man remained in serious condition Wednesday at University Medical Center in Las Vegas, hospital spokeswoman Danita Cohen said.
A charge of leaving the scene of a crash was dropped, and Wolfson decided not to charge Holloway with driving under the influence of marijuana despite blood test results finding that she had pot and its metabolites in her system shortly after the crash.
If convicted of all the charges against her, Holloway could face the rest of her life behind bars, the district attorney said.
Holloway plans to plead not guilty, her attorney said.
"We are reviewing the case as things come in, and will determine what we'll do going forward," Coffee said.
He also said Holloway has been taken off suicide watch at the Clark County jail, where she remains held in a solo cell pending a Feb. 4 court date.
Holloway's daughter has been placed with family members, Coffee said. He declined to identify the relatives.
Police say Holloway arrived in Las Vegas from Portland, Oregon, and told investigators that she and her daughter had been living for at least a week in the car that she parked at casinos.
Records in Oregon show she changed her name in October to Paris Paradise Morton, but Coffee said she has been using the name Holloway in Las Vegas.
By KEN RITTER
Associated Press 2016