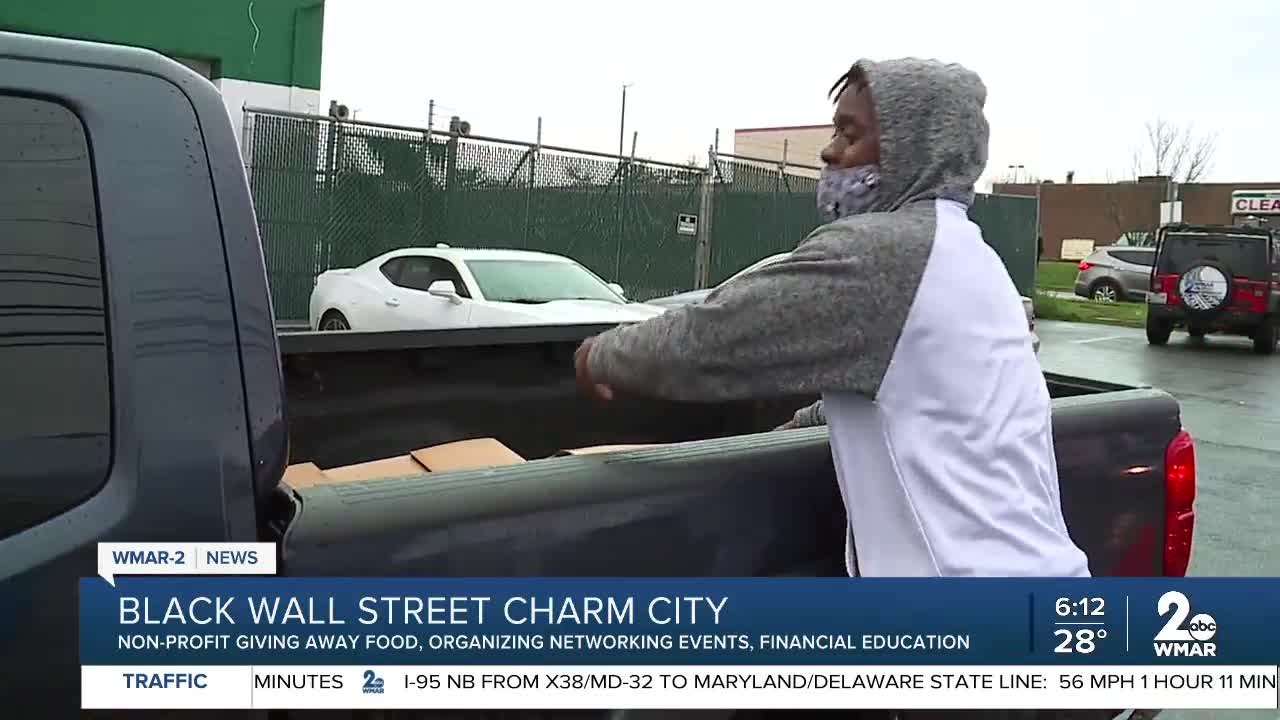 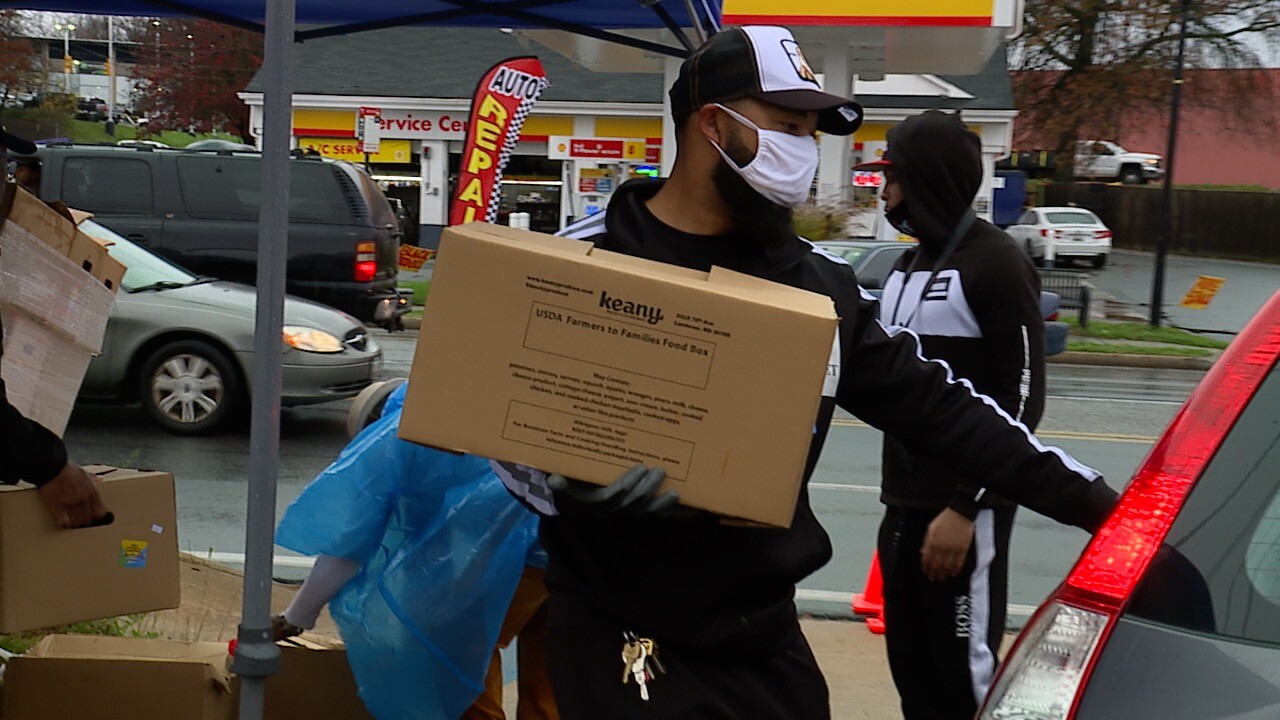 RANDALLSTOWN, Md. — The last eight months have been difficult for many people, both financially, and emotionally, as well as physically for those who've contracted COVID-19.

However, there are some bright spots in the year 2020.

Though the non-profit he founded, a local man is inspiring youth, empowering a community, and impacting the lives of thousands.

His name is Jason Johnson and his organization is called Black Wall Street Charm City.

Part of his work involves a small army of volunteers who descend upon a Randallstown parking lot, where just about every week, hundreds of people pick up food to feed their families.

Food recipient Gwen Tubman said “it's such a great relief, when times, things are just so hard right now. Everybody I know, if iIcan share it with them, I do that.”

Deborah McNeill said “it means a lot to know that they're in the neighborhood helping out in a time like this, when people are in need. I’m getting some for church members that are sick of mine that I like to pass it on to.”

Johnson, the man behind this mission, is determined his hard work doesn't stop there.

“Instead of just giving a service, you have to give the love back to the community, and this is showing love to the community by showing that they're able to get food,” Johnson said.

Longtime friend, Dr. Dean Scott said “Jason is the type of guy that really follows the yellow brick road. He has a passion, he has a good path. He’s willing to go above and beyond. He’s always there for anybody that needs a helping hand.”

Even on a rainy day, the wet weather won't stop the driven entrepreneur from setting up his drive-thru food giveaway.

“A lot of times people are struggling to decide whether they're going to spend money on gas or spend it on food. So, we're just out here in the community to try and help out and ensure people have at least something in their refrigerators for at least a week or two,” Johnson said.

“During this pandemic, this COVID-19, so many people are out of work. They can't go to the grocery store, and they can't buy $20 worth of food. So, the boxes that Jason provides and gives them, there's more in the box than what they could probably afford for themselves,” Scott said.

Food isn't the only thing Johnson and his crew of volunteers are handing out as they seek to feed both the mouths and minds of a community.

“A lot of students are coming out of school and they don't understand credit. They don't understand other avenues towards career bases like real estate, investments, and stocks, and other avenues, e-commerce. So, our focus is to guide these individuals, guide the adults also to have an awareness of financial literacy ,and different careers that they could undertake that could bring about a different financial income in their household,” Johnson said.

His background is in real estate, day trading, and cyber security.

As the founder of the non-profit organization, Black Wall Street Charm City, Johnson also is a jack of all trades and a master at sharing his knowledge and expertise.

“He's driven to get people to understand why it's important for them to know what he's trying to do for them, so they can climb the ladder higher,” Scott said.

The goal is to empower people to reach for success.

With a name like Black Wall Street Charm City, his organization also is designed to empower a community to understand the power of the Black dollar.

Johnson's non-profit goes by the motto “we are only as strong as we are united. As weak as we are divided.”

Those aren't just words on a t-shirt but words by which Johnson lives his life.

“In order to thrive together, we must work together, and that is a part of what Black Wall Street is,” Johnson said.

“You can't build it alone, you have to build it with unification and unity among those surrounding you,” Johnson added.

Johnson gets the boxes of food from the Maryland Food Bank and other donors.

As weather gets colder, he's also looking to collect coats for people who need them.