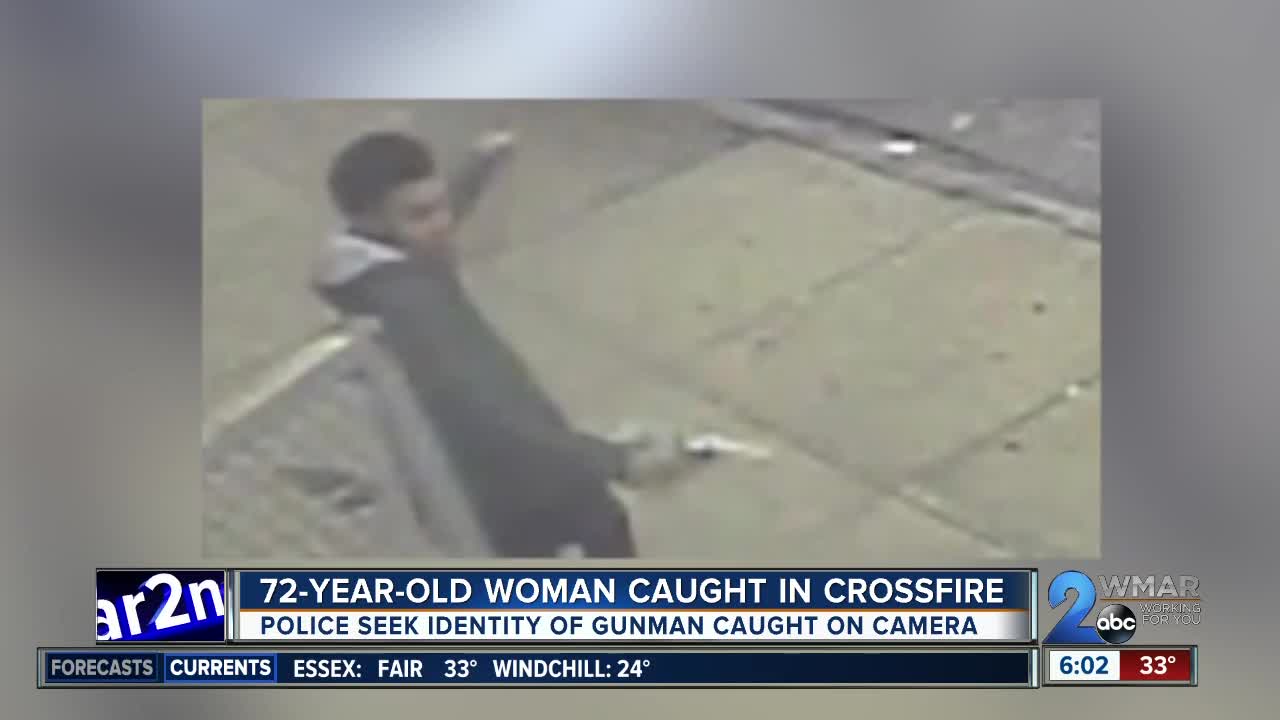 72-year-old woman caught in the crossfire 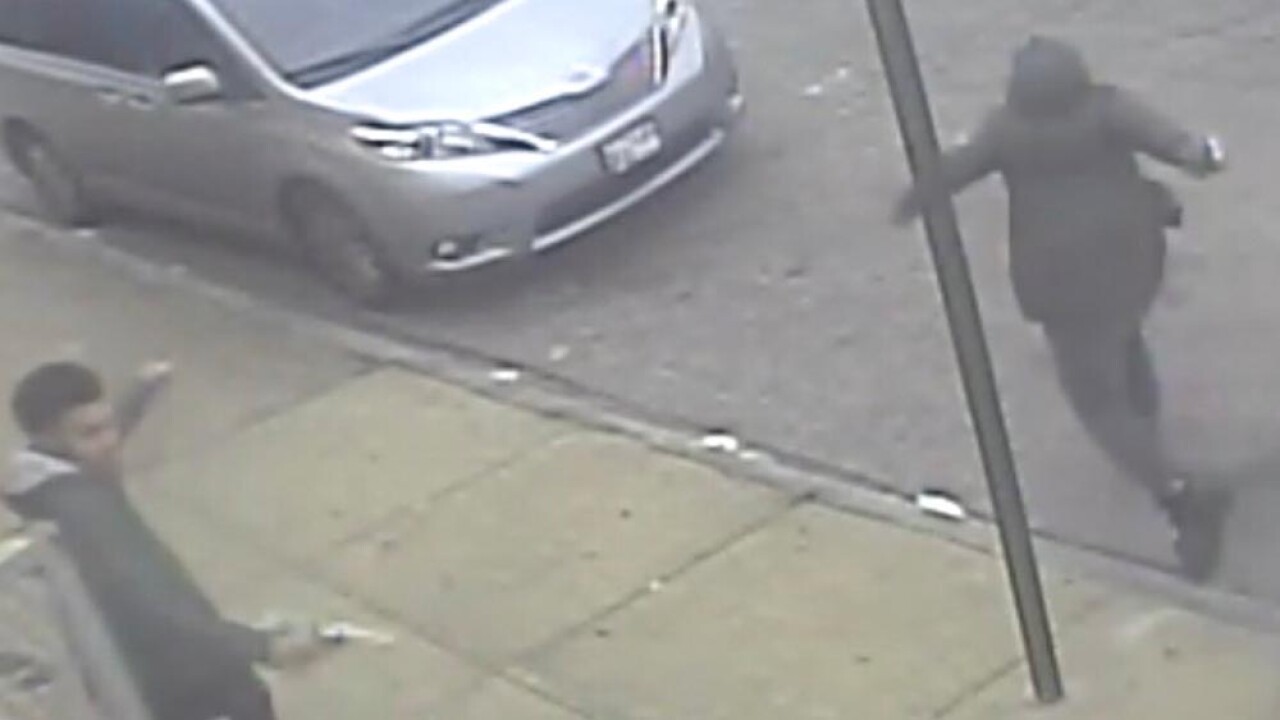 BALTIMORE, Md. — The surveillance photo captures an image of two of the people involved in a shootout at the corner of Baker and North Smallwood Streets on Wednesday just outside a busy corner store.

"It's crazy that you can't even go to the store or go anywhere outside your house with people getting shot. It's crazy," said Felicia Harrison who lives just around the corner.

This time an errant bullet caught a 72-year-old woman in the shoulder.

"Here we are with another senseless shooting,” said Det. Donny Moses of the Baltimore Police Department, “From what we've learned, she got caught in a crossfire between two groups who don't know how to settle disputes peacefully."

The shooting comes on the heels of a similar shoot out last month less than two miles away, which ultimately killed 73-year-old Carolyn McFadden who had stepped outside a senior living complex to smoke a cigarette.

The shooter in that case remains at large, but armed with this picture, police are hoping someone will recognize the armed subject in this latest exchange of fire, which injured an unintended target.

"We need your help in identifying him. You give our detectives a call,” said Moses, “If he's done this once at 4:35 in the afternoon when people are coming home from work, kids are walking home from school, he'll do it again and he doesn't care who he hurts."

It is a sentiment shared by the victim's neighbors who no longer take their own safety for granted.

"It could have been my son. I could be my daughter, you know. It could have been me, because I go down there and go to the store,” said Harrison, “It's crazy, and it's right here in the neighborhood and every time you turn the news on, it's nothing, but shootings---somebody got shot."