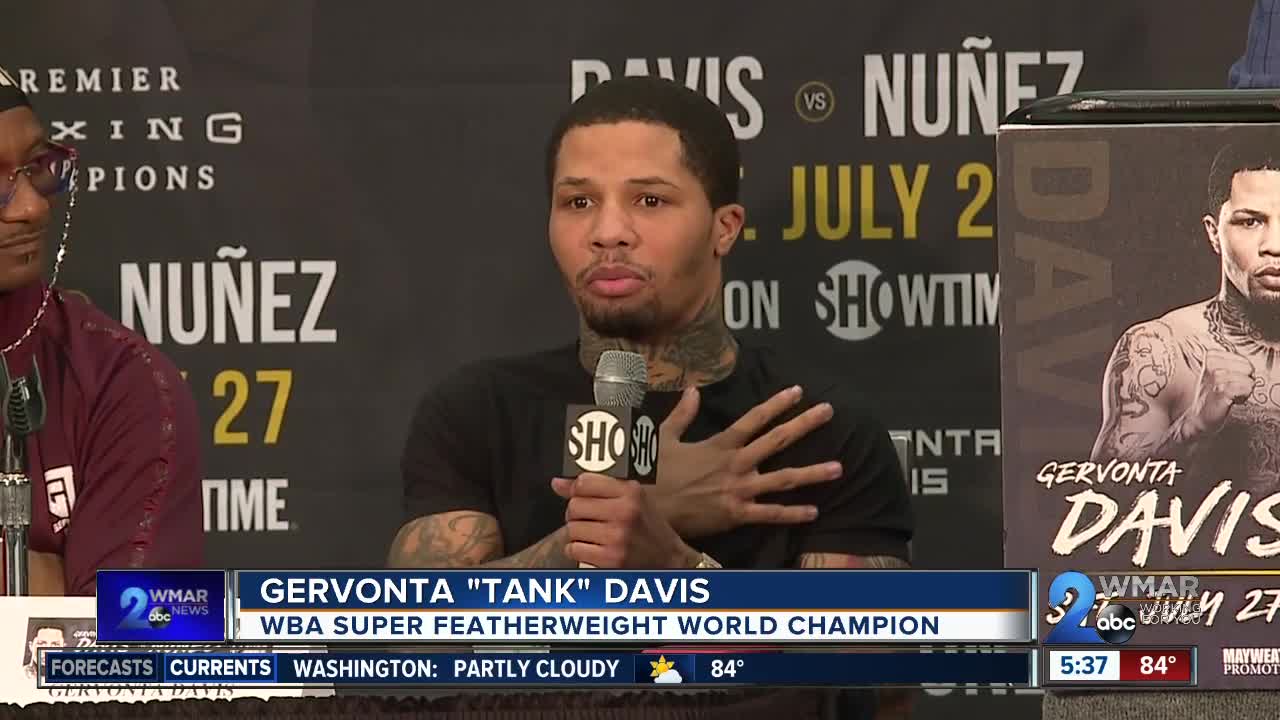 The Baltimore native will be defending his title against mandatory challenger Ricardo Núńez on Saturday from Royal Farms Arena. He is the first World Champion from the city to make a homecoming title defense in nearly 80 years.

"Just coming back to Baltimore and being able to bring a big event to the city means a lot," said Davis. "I'm training with my brothers that I grew up with so I'm around family, I'm around friends. I'm excited, that's why I think it probably wont go past five rounds, because I had a hard camp."

Davis is the country's youngest reigning world champion. This will be his second fight in his hometown since turning professional six years ago.

The fight will air on Showtime with coverage starting at 9.