Fortnite: What it is and why it is so popular 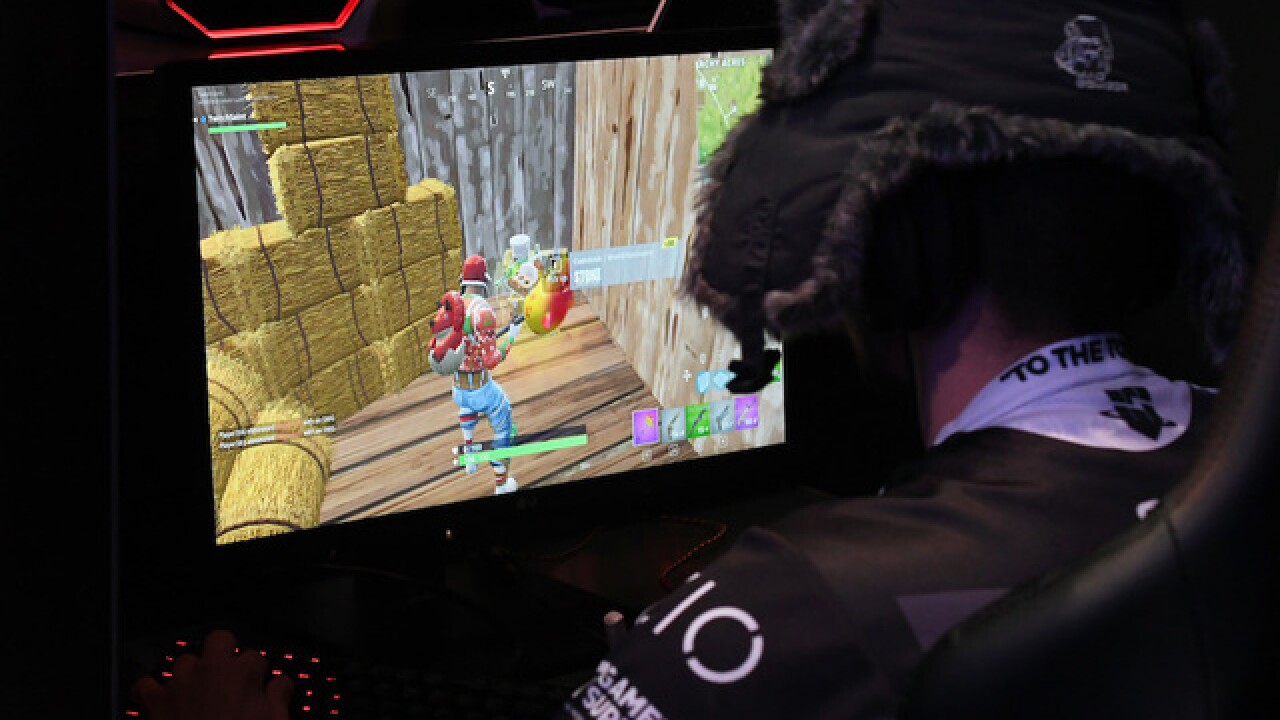 Nearly every day lately, the list of the top Google searches has included a topic related to the video game Fortnite, which is being played by millions.

The words "Search Between A Bench" were the third most popular search trending on Google on Tuesday, May 22. It was on the Fortnite: Battle Royale Season 4, Week 4 Challenges List.

Searches related to Fortnite are so high that big websites such as Forbes.com are publishing full articles for players seeking clues on how to play. (Those websites get clicks, which bring in ad dollars.)

Fortnite is an apocalyptic survival game with a free multiplayer version, Battle Royale, that "pits players against 99 others in a frantic fight for survival on an island where the last gamer standing is the winner," according to UK website iNews. It's popular across all age groups and is drawing comparisons to the "Hunger Games" films.

It's so popular, celebrities are playing as well; 40 million people in the U.S. are playing.

Should parents worry about Fortnite? Some are concerned with how caught up their kids are and how fatigue is taking over, according to a segment on "Good Morning America."

"How much time do we actually let our children play this?" one parent asked in the GMA segment.

The World Health Organization says "gaming disorder" is real, and defines it as "a pattern of gaming behavior (“digital-gaming” or “video-gaming”) characterized by impaired control over gaming, increasing priority given to gaming over other activities to the extent that gaming takes precedence over other interests and daily activities, and continuation or escalation of gaming despite the occurrence of negative consequences."

Doctor Jonathan Fader said Fortnite is a little different than other video games because of the virality of it.

"It's so interactive," he said. "... It effects our pleasure centers of our brain ... and this one is really intense."

The American Academy of Pediatrics recommends children ages 2 to 5 be limited to game play of an hour or less per day. With teens, it's more about context, Fader said. Parents should gauge how it affects their time spent in extra-curricular activities.

Are they focused on schoolwork? Are they lethargic because they didn't move their bodies for several hours, or didn't get enough sleep?

Parents should use their own judgment on how much time teens spend on the video game, he said. Fortnite provides a social scene, but it should be moderated.

Give teenagers and children alternative activities to do, Fader suggested.