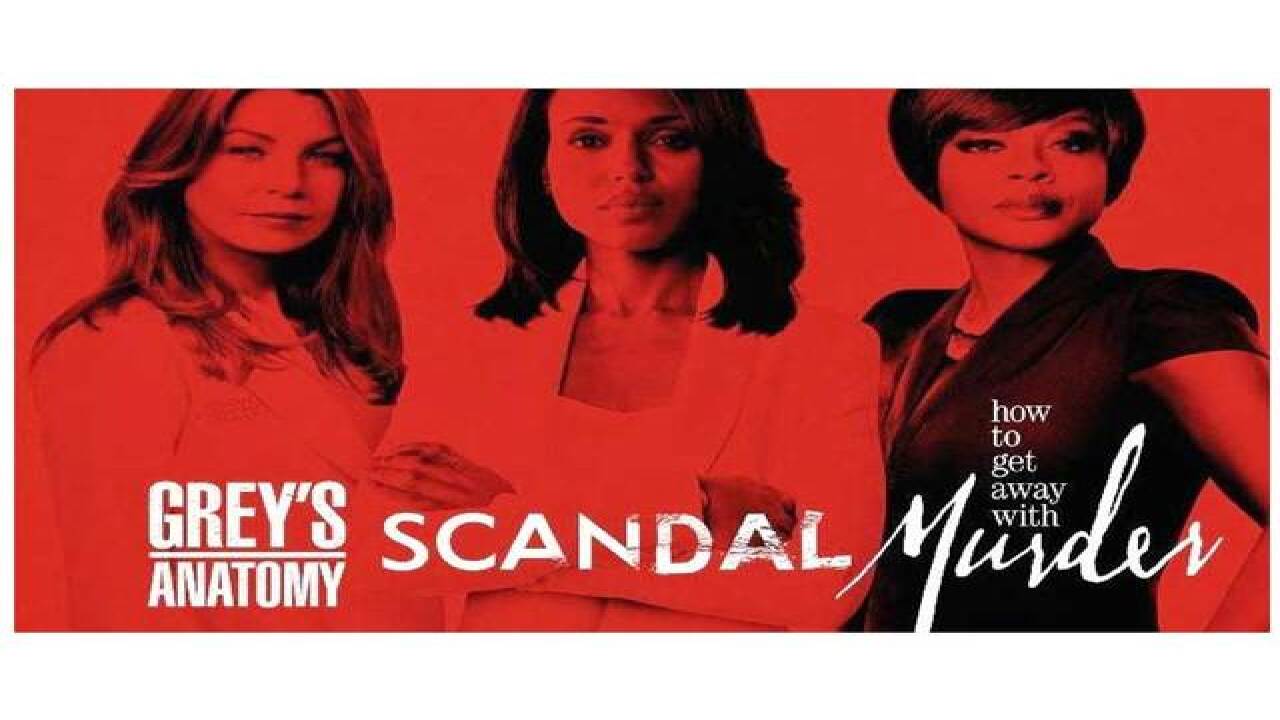 Whatever you call it, Thursday nights on ABC are going to be the nights to watch TV with tonight (Sept. 25) being a night of don't-miss premieres.

A medical drama, a political drama and now a crime drama -- all female-centric shows created by powerhouse writer and producer  Shonda Rhimes.

At 8 p.m., the 11th season of "Grey’s Anatomy" begins without Sandra Oh as Dr. Cristina Yang for the first time. If you haven't been watching the show for a while here's 7 things you need to know to get caught up to Season 11.

At 9 p.m. "Scandal" comes back for its fourth season with Kerry Washington as Olivia Pope. There are hints Olivia will be returning to Washington, D.C. President Fitz Grant (Tony Goldwyn) has won his reelection – though it cost his son’s life. To dive right into the new season be sure to read 11 things to know about the Scandal season premiere.

At 10 p.m., the new show "How to Get Away with Murder," premieres. Two-time Academy Award nominee Viola Davis plays Professor Annalise Keating, a brilliant and seductive criminal Law professor at a Philadelphia university.  In addition to her work as a professor, Annalise is also a defense attorney who represents the most hardened criminals.  Each year, she selects a group of her smartest and most promising students to come work at her law firm. (This year’s students better get ready, because they will soon have to apply what they learn in class to real life!)

In celebration of the season premieres, ABC will host their first Live Tweepstakes from 8 p.m. to 2:15 a.m. EST.

Fans who are live-tweeting along with cast members and the official show accounts will be entered into a sweepstakes by using the hashtags #TGIT and #Tweepstakes. Twenty five lucky winners will receive their very own #TGIT Survival Kit that includes exclusive "Grey's Anatomy," "Scandal" and "How to Get Away with Murder" content.

How to Get Away with Murder:
Twitter: @HowToGetAwayABC
Official Hashtag: #HowToGetAwayWithMurder