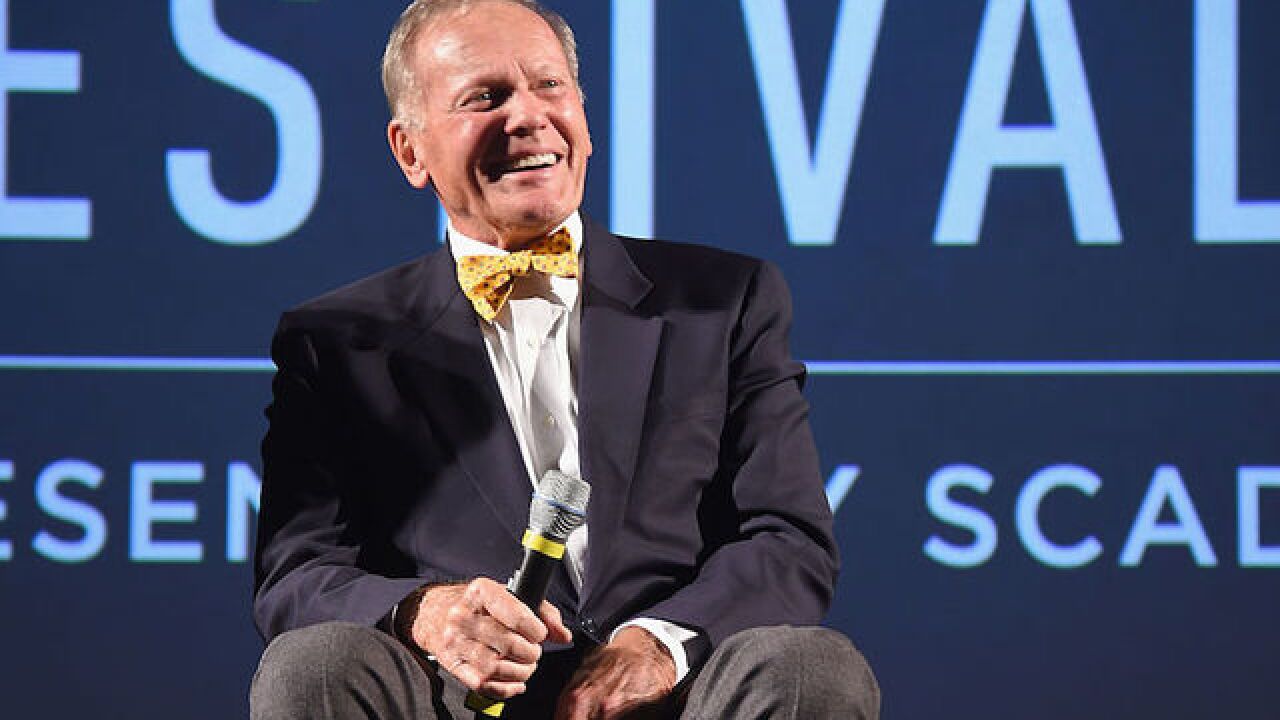 Tab Hunter, who rose to fame as a Hollywood heartthrob in the 1950s, died Sunday at Cottage Hospital in Santa Barbara, California, Allan Glaser, his partner of 35 years, confirmed to CNN.

Glaser said the cause of death was a blood clot that caused cardiac arrest.

"We were walking home and he collapsed in my arms in our front yard," Glaser said. "He said he couldn't breathe, so I called 911, and we went to the hospital."

"This was sudden and unexpected," Glaser added. "He was athletic, more like a 60-year-old not an 86-year-old."

He also was the subject of speculation that he was gay, a fact he would confirm later in his 2005 autobiography "Tab Hunter Confidential: The Making of a Movie Star."

His parents split when he was young and he, his mother and his brother began using her maiden name of "Gelien."

At the age of 15 Hunter ran off to join the Coast Guard, but was dismissed from service after it was discovered he had lied about his age.

He was working at horse stables near Los Angeles when actor Dick Clayton spotted him while there to do a photoshoot.

Clayton encouraged a young Hunter to consider acting and set him up with agent Henry Willson.

It was Willson who gave him his stage name of "Tab Hunter" and he soon signed with Warner Bros., which is now owned by CNN's parent company AT&T.

By 1950 the new actor had nabbed a small role in the film "The Lawless." His only line in the movie was cut.

Playing a WWII soldier in 1955's "Battle Cry," adapted from the Leon Uris novel of the same name, made Hunter a star and he followed with roles in films including "The Burning" and "The Girl He Left Behind," both opposite a young Natalie Wood.

Hunter also launched a career in music and had his first hit single "Young Love" in 1957.

The following year he enjoyed another star turn as Joe Hardy in the film adaptation of the musical "Damn Yankees!"

Hunter paid to get out of his contract with Warner Bros. and starting in 1960 he shifted his focus ton television with the sitcom "The Tab Hunter Show," which lasted a season.

The switch carried him through to roles on several shows during the 1970s, including "Hawaii Five-O," "The Love Boat," and "The Six Million Dollar Man."

The 1980s brought a new kind of fame as avant garde director John Waters cast him in several movies opposite transvestite performer Divine.

Years later Hunter would speak about how the entire time he was being hailed as a sex symbol, he was keeping his sexuality a secret.

He had been at the height of his career when "Confidential" magazine published a story about him attending a "pajama party," which was meant to out him to fans.

Forthcoming on sexuality in autobiography

The actor came fully clean in his autobiography and confessed to a relationship with "Psycho" star Anthony Perkins.

In June it was announced that JJ Abrams and Zachary Quinto are producing the movie "Tab & Tony" about the secret love affair.

Hunter and Glaser collaborated on the 2015 documentary "Tab Hunter: Confidential" about the actor's career and closeted life in Hollywood.

The actor told Slant Magazine at the time that he still wasn't entirely comfortable discussing being gay.

"I just have never been comfortable talking about my sexuality," Hunter said. "I think it was easier with the movie because it was quite a few years later after the book. But it's still not my comfort zone. I was just brought up that way. I'm very old-fashioned."