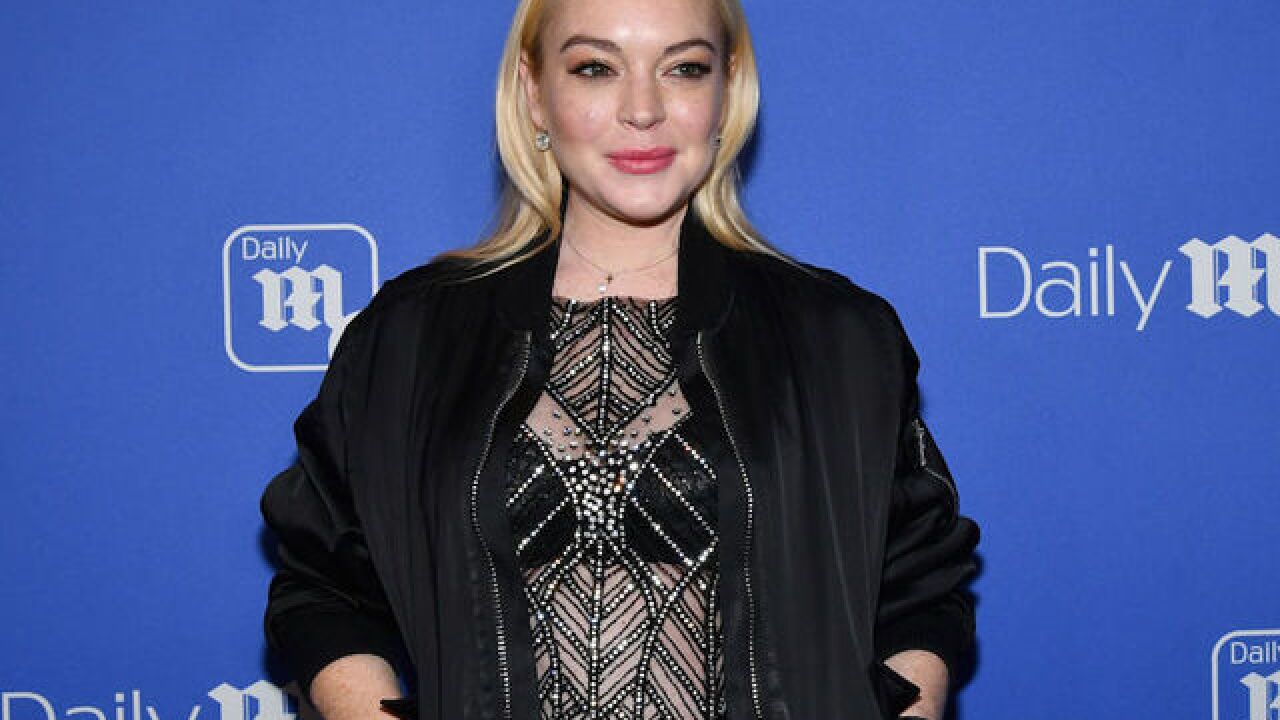 Lindsay Lohan streamed a bizarre encounter on Instagram Live on Friday night in which she alleged she was rescuing a Syrian refugee family from the streets, only to be rebuffed and knocked down after attempting to take away the children.

In the video, Lohan is seen speaking with a family of four who is sitting on the street huddled together under a blanket. The encounter is believed to be taking place in Moscow.

The actress, who uses an accent in different parts of the video, offers to put them up in a hotel for the night.

“You want to come with me? Come with me, I’ll take care of you guys," Lohan says to the family. She then addresses one of the children directly. "Do you want to stay in a hotel tonight? Do you want to watch movies? It would be so cool to watch a movie on a TV or a computer.”

Lohan then goes on to chide the mother of the children, saying she should "be a hard-working woman" and doing more for her children and that they should not be on the floor.

"If someone is offering them a home and a bed, which is me at the moment, give it to them," she says. "They will come back to you."

The encounter only gets stranger from here as the family declines Lohan's offer, gets up, walks away and Lohan then accuses them of trafficking children.

The family continues to walk away as Lohan yells bizarre things such as "you’re ruining Arab culture by doing this" and "don't (expletive) with Pakistan."

The mother of the children appears to knock Lohan down or get into some sort of physical altercation with the 32-year-old.

When the camera turns back to Lohan, the actress is stunned and crying.

People on social media were quick to react to the clip. The reactions ranged from jokes to criticisms.

all I could think of when lindsay lohan was making up some accent on her instagram live 😂😂 pic.twitter.com/9D64e0nFIy

Brett Kavanaugh- I HAD A BAD WEEK!

Lindsay Lohan literally harassed and followed that family, tried to grab one of the kids, got punched in the face then had the nerve to be like "Wha!? Omg I'm so scared right now!" Girl...how do you think they- pic.twitter.com/WpVbLCwb7q

Uhh Lindsay Lohan just posted an Instagram video of her trying to kidnap a boy in Russia.

The actress hasn't posted any updates or explanations about the incident to her 6.8 million Instagram followers.

Susan Gonzalez is a digital producer and writer for the E.W. Scripps national desk. Follow her on Twitter at @TheNewsan.