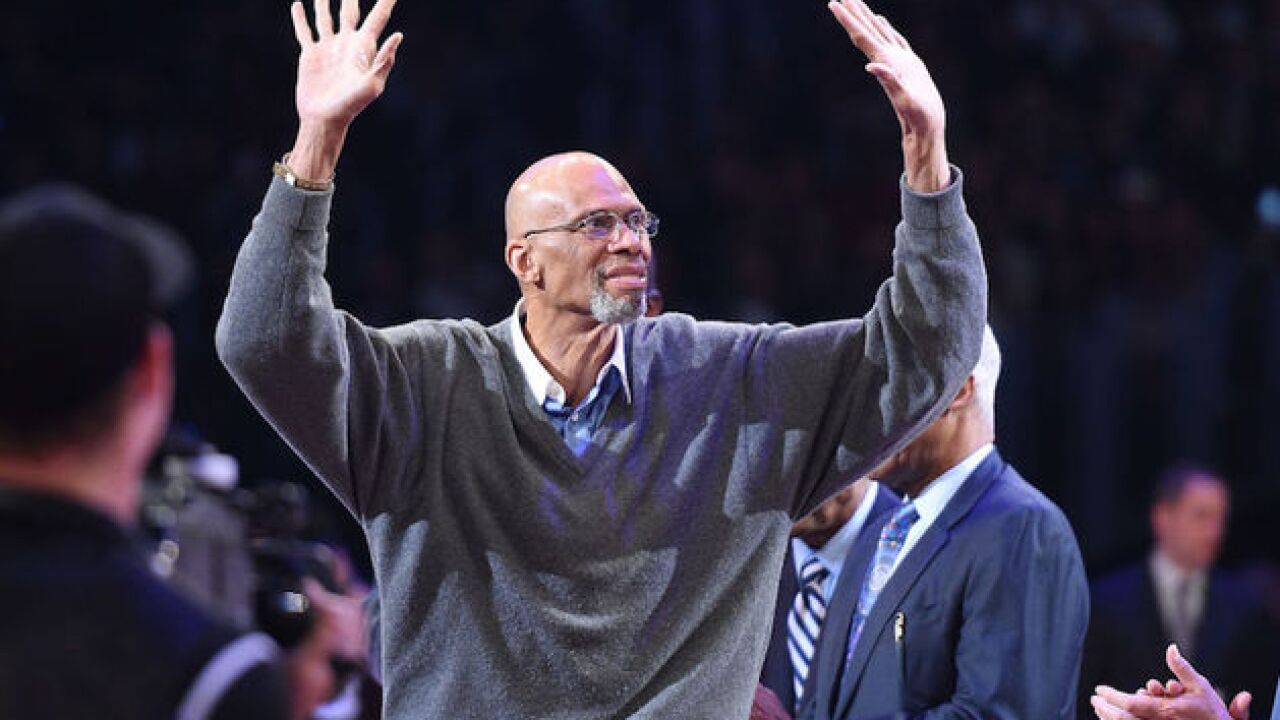 Image copyright 2018 Getty Images. All rights reserved. This material may not be published, broadcast, rewritten, or redistributed.
Kevork Djansezian
<p>Kareem Abdul-Jabbar waves to the fans from center court during a commemoration ceremony at halftime of the NBA All-Star Game 2018 at Staples Center on February 18, 2018 in Los Angeles, California. </p>

An all new cast of "Dancing with the Stars" was announced on Friday, but this time there's a twist.

The upcoming season features solely athletes in a four-week competition.

Ten athletes in total will compete in the ballroom.

Harding's life was most recently the subject of the movie,"I, Tonya." She was played by Margot Robbie. Harding is perhaps best known for getting banned from the U.S. Figure Skating Association after pleading guilty to conspiring to have fellow figure skater, Nancy Kerrigan attacked in 1994.

Rippon, a figure skater, is the first openly gay U.S. male athlete to win a medal in the Winter Olympics.

Nagasu is the first U.S. woman to land a triple axel in the Winter Olympics.

Anderson is an American snowboarder and recently won a gold medal in the 2018 Winter Olympics.

Abdul-Jabbar is a former NBA star ands holds the record as the leading point scorer in basketball.

Ogunbowale played for the University of Notre Dame and her three point shot won them the 2018 NCAA Championship.

Mazdzer is an American luger and won a silver medal at the 2018 Winter Olympics. He's the first U.S. men's singles luge medalist.

Daigle is retired Olympic winning softball pitcher. She pitched for the Arizona Wildcats and the USA national softball team before retiring in 2010.

Damon is a former baseball star who caused controversy among fans when he left the Boston Red Sox to play for the New York Yankees.

Norman plays for the Washington Redskins.