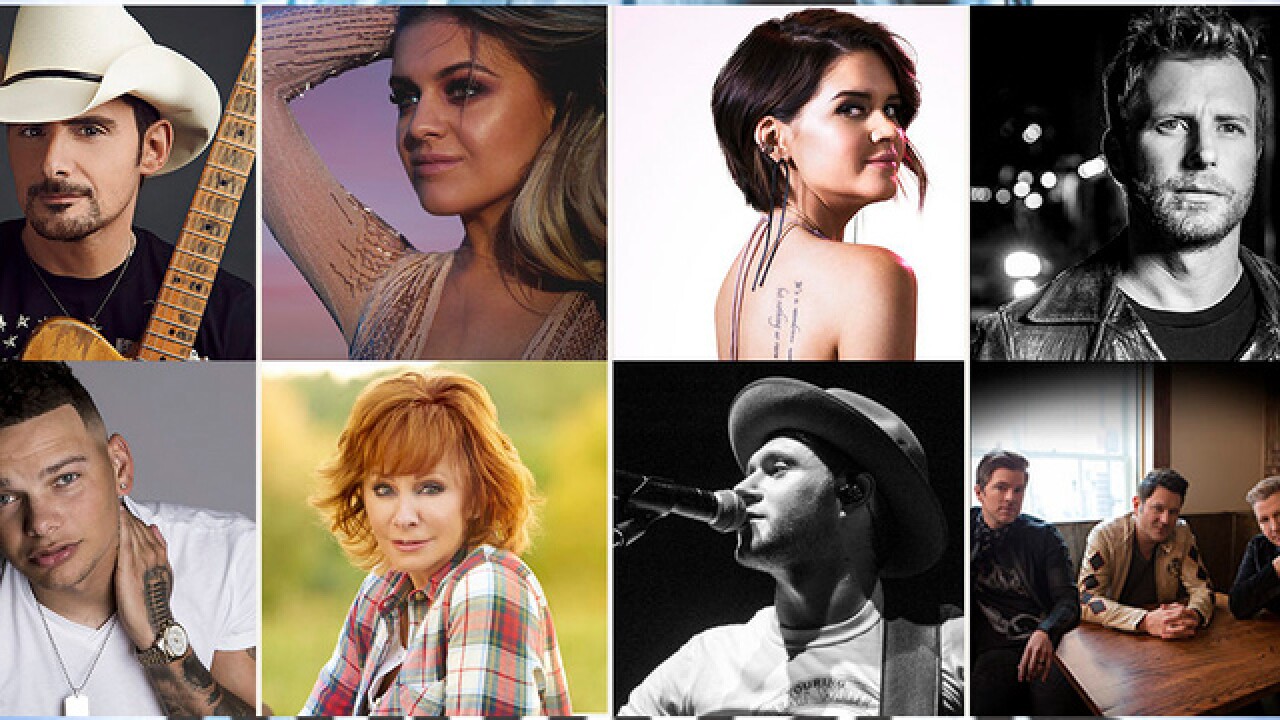 Kelsea Ballerini and Reba McEntire will share more than their nomination for Female Vocalist of the Year at the 51st Annual CMA Awards next month.

The Country Music Association announced that the female country music stars will be part of their four special collaborations at this year's awards show.

Ballerini is a five-time CMA Awards nominee. McEntire, a six-time winner, took home the award for Female Vocalist of the Year four years in a row (1984-87).

Collaborations have been a storied part of the CMA Awards for the last decade. Notable pairings included Justin Timberlake with Chris Stapleton and Miranda Lambert with Meghan Trainor.

A 2016 cross-genre performance between The Dixie Chicks and Beyonce drew criticism by some viewers. The Dixie Chicks took a rocky curve in their relationship with typically labeled patriotic country music fans after saying they were ashamed of President Bush while on tour just days before the United States invaded Iraq.

Despite some negative responses, many country artists stood by the performance.

In a more traditional collaboration, Brad Paisley will turn over the hosting role to co-host Carrie Underwood while he joins up-and-comer, Kane Brown.

CMA Awards: New CMA Awards video on the heart of country music: "It lives inside all of us"

Dierks Bentley, nominated for Male Vocalist of the Year, will also join seven-time CMA Awards winner Rascal Flatts. The group is nominated again this year for Vocal Group of the Year.