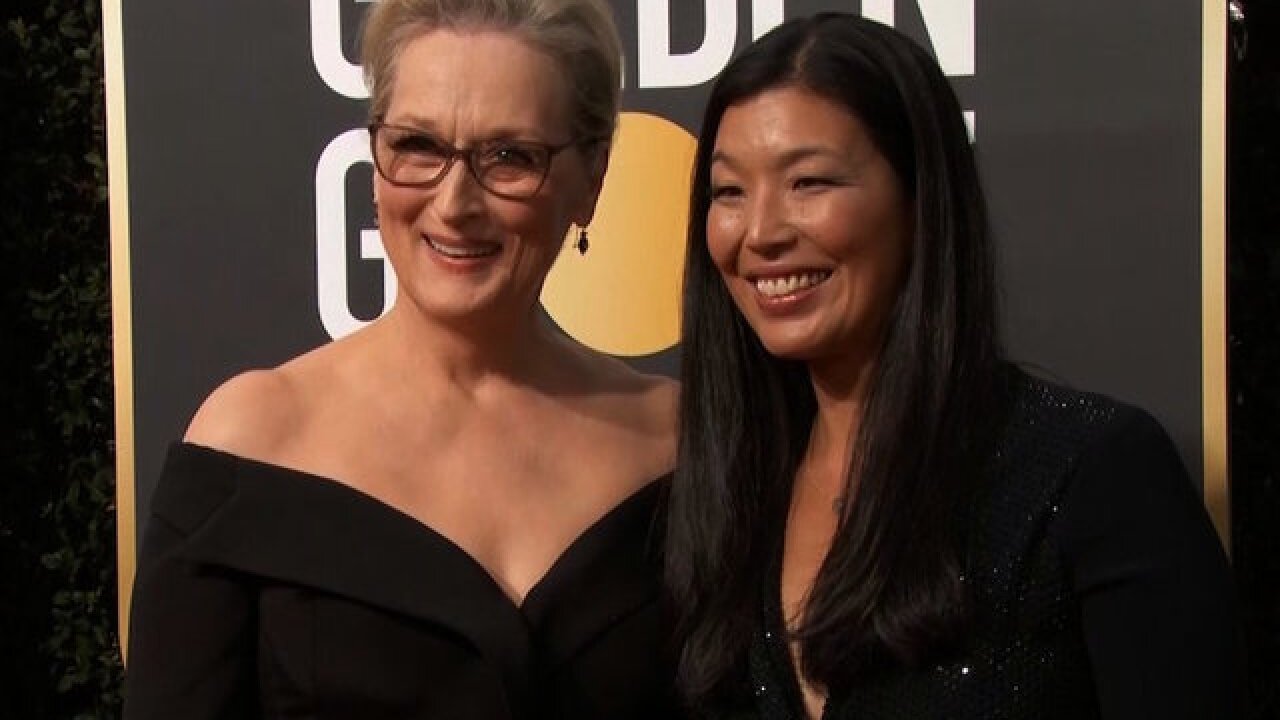 A group of A-list actresses had some important guests by their side during Sunday's Golden Globes red carpet.

"I'm moved beyond measure to be standing next to this woman," Williams told E! on the red carpet, standing alongside Burke.

WATCH: See the actresses who wore black at the Golden Globes

The special plus-ones afforded the women an opportunity to keep questions on the carpet about issues.

Asked about her nomination in the best actress in a miniseries category, Sarandon told CNN she "completely forgot we had another reason for being here."

Speaking to E!, Watson said it was Williams who "spearheaded" the idea of actresses bringing activists with them as their red carpet guests.

Stone chose to walk the red carpet with Billie Jean King, who she plays in her nominated film, "Battle of the Sexes."