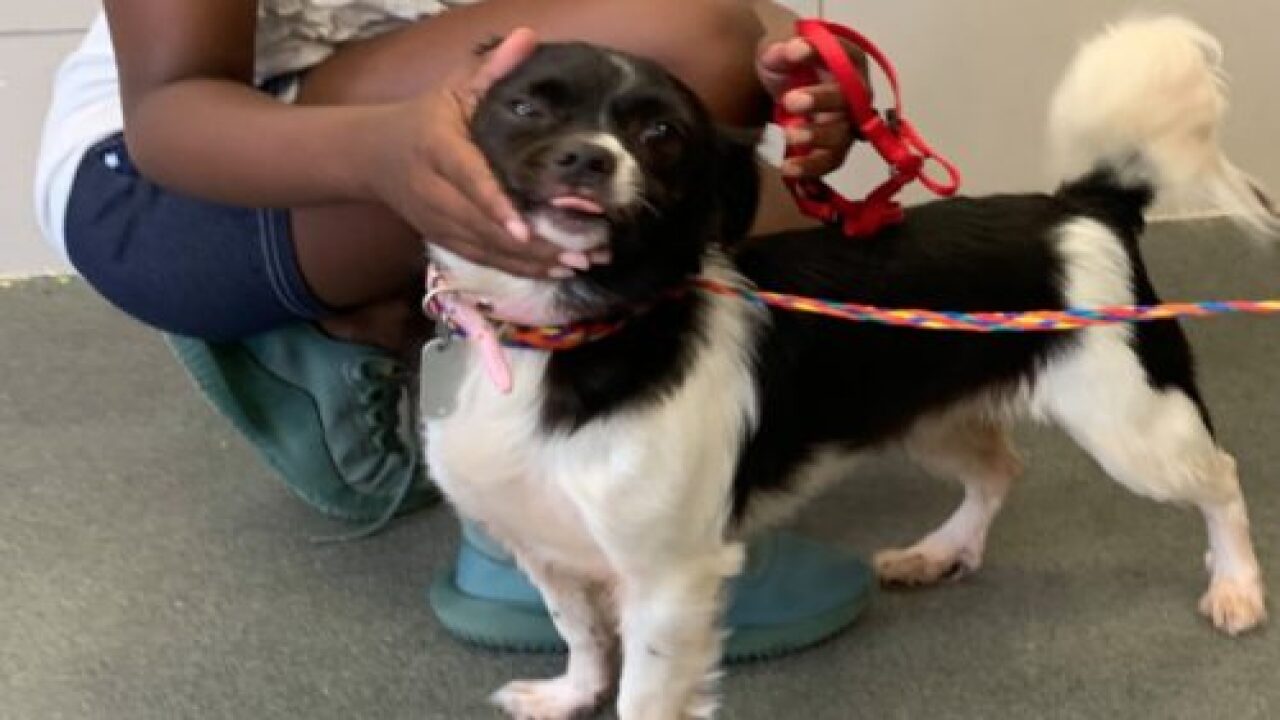 Grab the tissues, because this sweet story will have you crying tears of joy. According to the Guilford County Animal Shelter out of North Carolina, a dog that had been missing for five years was just reunited with its family. Little Zoey was brought in to the shelter as a stray on Aug. 16. Considering the length of time she’d been missing and the fact that she had previously been a stray, it wasn’t easy tracking down her previous owners.

After five years of Zoey disappearing and not turning up anywhere, the last thing the family was expecting was to hear that their pet had been found. Seriously, what are the chances?!

“Imagine her surprise that after 5 YEARS of Zoey missing, Guilford County Animal Services was calling to inform her that her precious Zoey was now at the shelter,” the shelter wrote on Facebook. “Pictured is Zoey being reunited with one of the kids in the family who just couldn’t wait for her to come through the door so she could give her a hug. Happy Tails Zoey and family! We could not be happier for you all!”

Zoey is clearly ecstatic to see her family again, as is the little girl who must’ve missed her pup:

Just look at that beaming smile:

Abby wandered off in 2008 when Debra Suierveld and her kids were outside playing with her. They searched all over but had given up hope of ever seeing the dog again. Then, 10 years later, they received a phone call from the Animal Protectors Shelter in Pennsylvania.

“They said, ‘We have your dog,’” Suierveld said in an interview with NPR. “And I said, ‘That’s impossible.’”

The shelter had been able to use the dog’s microchip to find out her name and her owners, so they explained they’d found Abby.

The shelter posted of photo of the dog and owner seeing each other again after a decade apart on Instagram:

A post shared by Animal Protectors Shelter (@animalprotectorsshelter) on Jan 30, 2018 at 4:43pm PST

In both instances, a microchip managed to get these dogs back where they belong, which is why the Guilford Animal Shelter also took the time to remind folks that microchips can be a great way to relocate missing pets, and that it’s a service they offer at their facility.

“Did you know that we can microchip your pets at the shelter for only $10.00 every day between 2pm and 3pm. This is the best way to ensure that if you and your pet become separated, your chance at a happy reunion can have this same result,” the shelter wrote on Facebook.

If you’d like to find out more about pet microchipping, the American Veterinary Medical Association is a great resource.

We’re so happy to see these pets make their way back home!