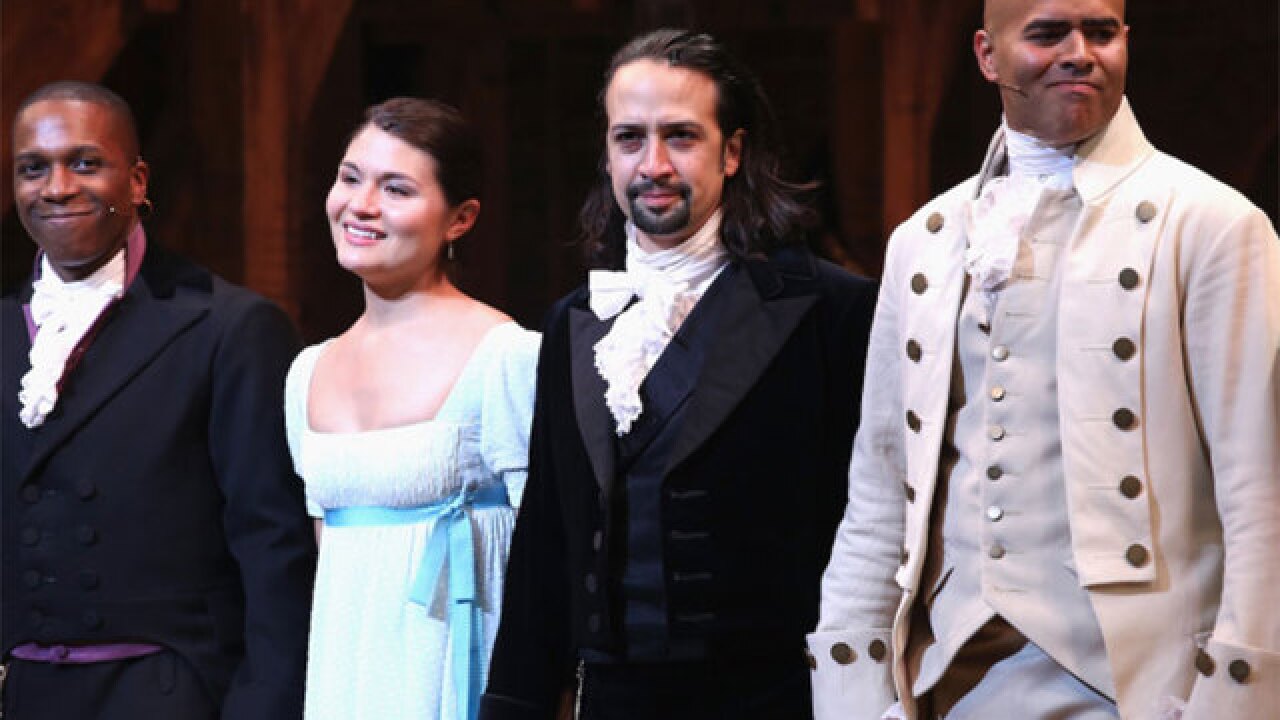 In holiday seasons past, I have had fun recommending good novels about American politics. Alas, I haven’t read any this year, old or new. The fault is mine; I’ve been too discouraged with real-life politics to relax with fictional versions.

But 2015 was a good year in drama for politics and political history.

The year’s masterpiece has to be the musical “Hamilton” by Lin-Manuel Miranda, which tells the story of Alexander Hamilton in hip-hop and other modern musical dialects. It is one of the most purely creative plays I have ever seen – period. I am too tone deaf and musically ignorant to comment publicly on the music. But this performance is a mindblower.

The Rockefeller Foundation bought tickets for 20,000 New York school children to see “Hamilton” with good reason. The play, in part, is the inspirational story of Alexander Hamilton, the outsider “Founding Father” – born in the Caribbean, out of wedlock, orphaned young, rumored in his day to be a “mulatto.”

But “Hamilton” is also woven from more sophisticated ideas than seems possible in a musical. For one thing, it’s about how much of the history that we believe in belongs to those who tell the story – and about who gets to tell the story and the rewrites.

If you get the chance to see it in any form, anywhere – grab it. You’ll wish 2 million children could see it. “Hamilton” is bound to be a classic. (The play takes much of its history and inspiration from Ronald Chernow’s 2004 biography, itself a great read.)

I also recommend three movies that have come out recently. They might not be instant classics, but they’re easier to see on wintry vacation days.

One favorite was “Trumbo,” which by luck or fate is timed perfectly to better understand this moment of Trump-o.

Bryan Cranston plays Dalton Trumbo, the blacklisted Hollywood screenwriter and author of the novel, “Johnny Got His Gun.” The Hollywood blacklist lasted from 1947 until 1960, far longer than I realized. And the film industry embraced McCarthyism with more fervor than I understood. Trumbo was one of the gutsiest casualties and a fabulous character.

“Trumbo” is a gripping but not syrupy account of an earlier act in a drama that is still running on the American political stage. We imagine, I think, that the paranoia and meanness of McCarthyism is of a different scale than contemporary scapegoating. I wonder.

Is the fear of terrorism since 9/11 more or less than the fear of communism was in the 1950s? There’s not yet a villain of Joe McCarthy’s rabid stature, but that style of dark populism certainly endures, though Trump disguises it with gag lines and clownish antics. As I said, “Trumbo” is a good antidote to Trump-o.

“The Big Short” is also about the dark side – not of Hollywood or Washington, but of Wall Street. It is an ingenious film translation of Michael Lewis’ book of the same name, a non-fiction whodunit about the financial crash of 2008.   It is stunning to watch an engaging movie about the manipulation of mortgage-backed securities. “The Big Short” is riveting.

It also terrified me.

The emotional aftertaste of the film is that more financial catastrophes are inevitable; the spin of the movie suggests that financial evil-doers will be more to blame than inanimate forces.

“The Big Short” devastates the theory that regulators, legislators, reporters, credit agencies, internal watchdogs and even the competitive marketplace can somehow keep the game honest and safe. In the movie, even Wall Street’s giants and geniuses didn’t really understand what they were trading and what it all added up to. If they don’t, who does (besides Christian Bale)?

This is a very different picture than Michael Douglas’ “Wall Street.” “The Big Short” isn’t as moralistic, good guys versus bad guys. It is more like chaos versus anarchy.

Finally, a sentimental favorite: “Spotlight.”   This is a movie about how a team of investigative reporters at The Boston Globe in the early 2000s definitively exposed the scope of sexual abuse by Catholic clergy in Boston and the complicity of the church.

“Spotlight” might be the last heroic movie about print journalism. It is certainly one of the best. As an archival relic, a museum piece, it is terrific. The movie gets the look, feel and sound of reporters and their newsrooms exactly right.

It’s not preachy or elegiac about journalism, but it is impossible to watch the movie and not wonder about how this kind of difficult, expensive investigative reporting can survive on the local level. Actually, it isn’t surviving; the question is about revival.

That is a less painful question to ponder than how the Catholic Church protected such horrible crimes for so long in so many places. There have been so many stories, so many new scandals over the years, that it has become hard to pay attention, to be freshly upset and empathetic. “Spotlight” fixes that.

To listen to DecodeDC podcasts and read other blog posts about politics, politicians and policy, go to DecodeDC.com.