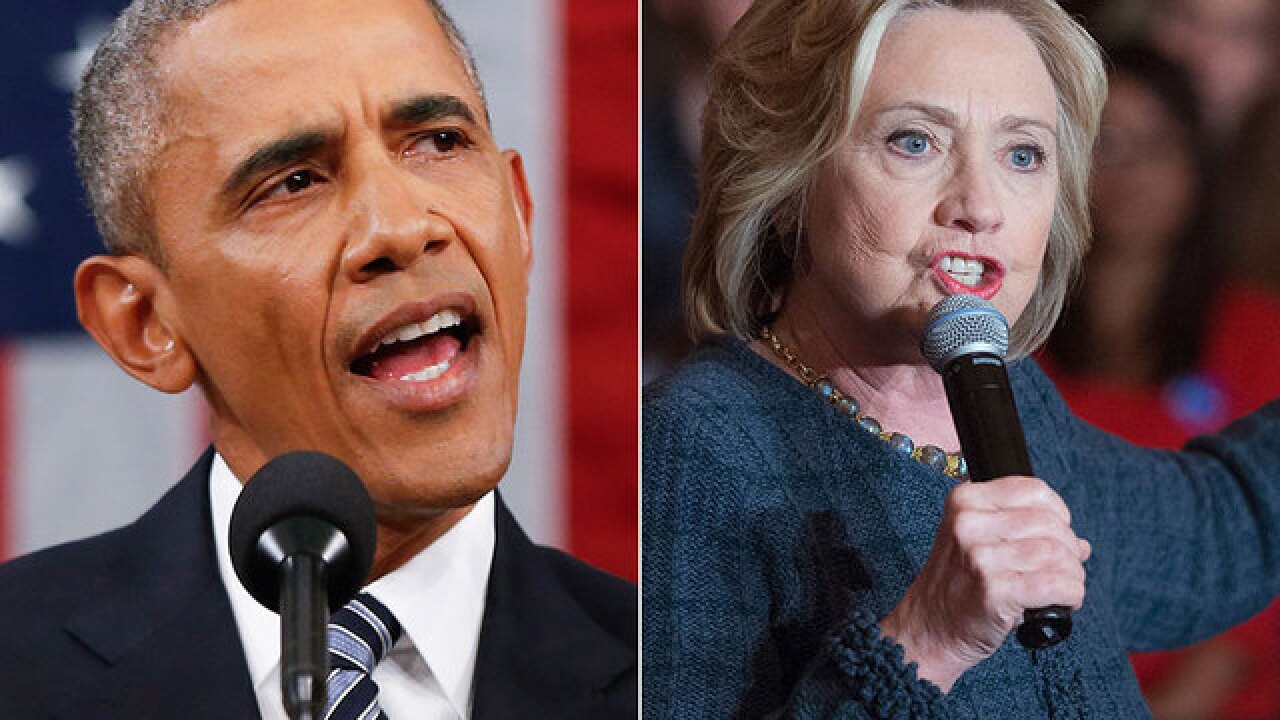 Barry Obama arrived at Columbia University too late to encounter Professor Richard Hofstadter personally. But the great historian’s mark was clear in the president’s recent lecture on political philosophy, also known as the State of the Union address.

Hofstadter is one of the most quoted and influential American historians, especially his writings on America’s darker political currents and what he called the “paranoid style in American politics.” In eulogy, historian C. Vann Woodward said, “As a historian he devoted much of his attention to the odd, the warped, the zanies, and the crazies of American life—left, right, and middle.”

The 2016 campaign is a zenith for zanies of the nativist, right-wing sort.

For a weird flash, Ben Carson rode high on the river of voter wrath but Ted Cruz snatched that wave. Donald Trump, obviously, is the riverboat king of the dark demagogues. They all regurgitate the warped populist formulas Hofstadter identified back in the McCarthy era: scapegoating minorities, conspiracy theories, apocalyptic rhetoric and fear mongering.

“The paranoid spokesman sees the fate of conspiracy in apocalyptic terms — he traffics in the birth and death of whole worlds, whole political orders, whole systems of human values,” Hofstadter wrote in 1964. “He is always manning the barricades of civilization.” Trump and Cruz fit the mold, preaching that America is in lethal crisis.

President Obama’s State of the Union treatise was a plainspoken but profound argument meant to defang the demagogues and defend pragmatism. It also was an important lesson for Hillary Clinton.

Obama made the obvious but overlooked point that the doomsday hype Cruz and Trump hawk is paranoid. He said, for example, “The United States of America, right now, has the strongest, most durable economy in the world. We’re in the middle of the longest streak of private-sector job creation in history…”

“Anyone claiming that America’s economy is in decline is peddling fiction,” he added.

Then, for the first time in a major speech, Obama said that the threat to Americans from foreign terrorism has been exaggerated.

“The United States of America is the most powerful nation on Earth. Period. It’s not even close,” Obama said.

Then he stated another obvious truth that politicians, including him, have dared not utter.

“[A]s we focus on destroying ISIL, over-the-top claims that this is World War III just play into their hands,” Obama said. “Masses of fighters on the back of pickup trucks and twisted souls plotting in apartments or garages pose an enormous danger to civilians and must be stopped. But they do not threaten our national existence.”

Republican zanies cynically prey on that fear, attach it to the economic and cultural anger that’s boiling in an irate, mostly white minority, and then persecute immigrants, liberals, Muslims, political correctness, Mexicans and big government as the evils responsible.

The Republican “establishment” hasn’t had the guts or brains to launch a full-frontal attack on that fringe. South Carolina Governor Nikki Haley did fire a few shots from a high-profile perch, the GOP response to the State of the Union.

“Today, we live in a time of threats like few others in recent memory,” she said.

“During anxious times, it can be tempting to follow the siren call of the angriest voices. We must resist that temptation.”

Obama’s lesson made a similar point but with a more far reaching warning – and a mea culpa.

He bluntly said our political system isn’t up to the job at hand: rebuilding public trust, curbing toxic partisanship, balancing the power of society’s most privileged and re-engaging voters. He apologized for not doing more to fix it and warned that politics can descend even lower:

“Those with money and power will gain greater control over the decisions that could send a young soldier to war, or allow another economic disaster, or roll back the equal rights and voting rights that generations of Americans have fought, even died, to secure. As frustration grows, there will be voices urging us to fall back into tribes, to scapegoat fellow citizens who don’t look like us, or pray like us, or vote like we do, or share the same background.”

In other words, dark populism can get a whole lot worse than Trump and Cruz, as Europe well knows. In 2016, a substantial faction is in the fervent throws of anger politics.

But the majority of Americans are disgusted and worried by that. Ministering to those voters, providing a simple, sensible and competent alternative should be the organizing principle of Hillary Clinton’s campaign, which currently has positions and tactics galore but no guiding light.

Obama provided just that in his final address from the House. The Clinton campaign should embrace it, quickly.

The message from all the Republicans is doom, gloom and blame. The sensible response is perspective: America today simply isn’t in peril. It is as powerful, safe, prosperous, talented, diverse and democratic as any nation has ever been. Stop scaring one of the luckiest populations on the planet. It is from this position of strength that the country can address the serious problems Hillary wants to focus on.

Hillary can’t win by making herself more popular; she’s been around too long for that. She can’t pass herself off as a reformer or the nemesis of Wall Street and the 1%. She and her husband have plucked those golden eggs for far too long. She can’t play the happy, smiley populist.

But she can follow Obama’s lesson plan: Destroy the GOP’s Valdemort vision, champion America’s growing, diverse communities and offer a seasoned, battle-tested hand to help a healthy nation confront serious challenges with competence if not charisma.

The test is scheduled for November 8. Hofstadter’s books are easy to find.