Keep an eye on Libertarians today in Nevada 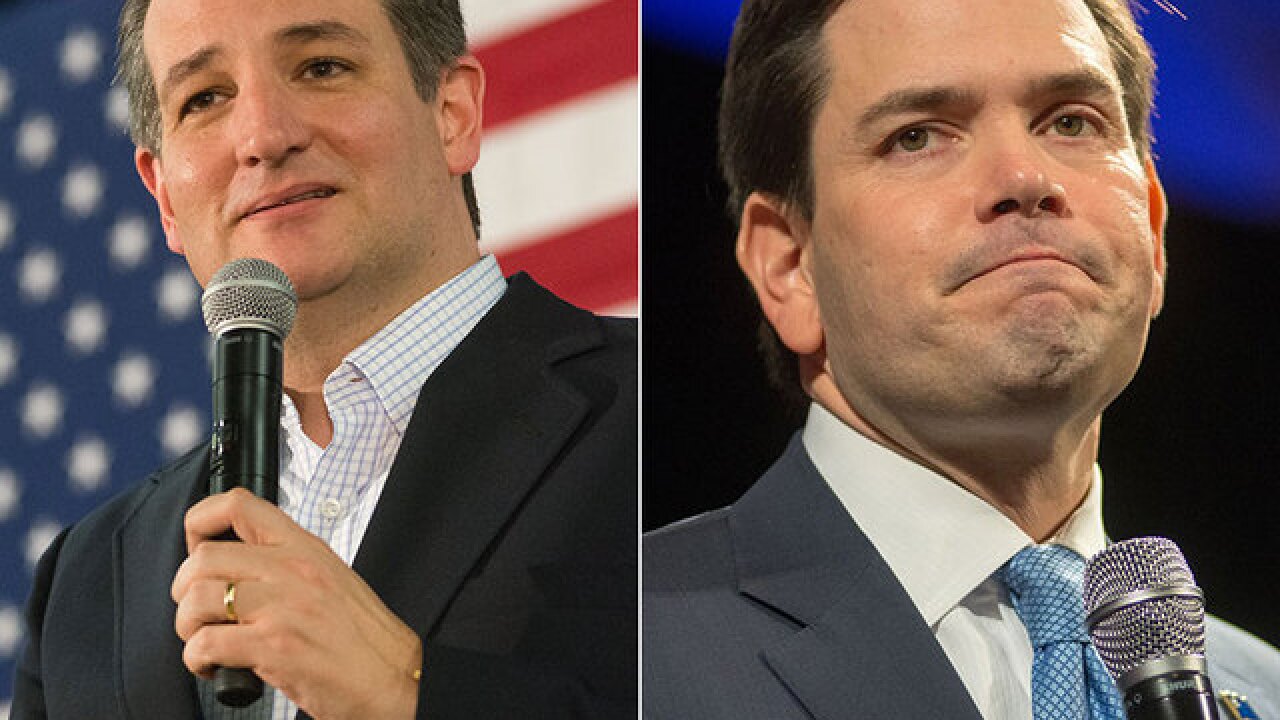 Nevada’s Libertarians could play a key role Tuesday in the Silver State’s GOP caucus as Texas Sen. Ted Cruz and Florida Sen. Marco Rubio battle it out to be the ultimate challenger to front-runner Donald Trump.

“We’re the fastest growing political party in the country,” said Brett Pojunis, chairman of the Libertarian Party in Nevada. “I was elected to office in 2013. When we started I had a P.O. box and a voice mail box — now we have 64 leaders, eight divisions, 14-16 events a month. We have the only state legislature that has a Libertarian— John Moore .”

Currently there are about 12,500 registered Libertarians in Nevada. While the number is small compared to Nevada’s population of 2.8 million, such a group of politically active residents could be a gold mine for Republican presidential candidates in a state where historically a small percentage turns out to caucus.

“It’s a part of the political culture here. This is a state where traditionally government has not been very large. If you look at the ratio of population to government employees, it’s high,” said John Tuman, chair of the political science department at the University of Nevada Las Vegas. “Their general thought is, ‘As long as it doesn’t hurt someone else, and I don’t have to pay for the consequences, then that’s OK with me.’”

Nevada is known for its unique politics and even more its unique identity.

More than half of the state’s population identifies as  non-white ; it has the highest number of  undocumented immigrants  of any state in the country; it’s the only state that allows brothels and sex trafficking; Second Amendment rights are highly revered; and the Las Vegas Valley is home to a number of mega churches. And there’s one other thing,  81 percent  of Nevada is federally owned, and that has pitted  ranchers against Washington . Bottom line: It’s not surprising the state has a solid number of self-identifying Libertarians, and many of them remain up for grabs.

Since Kentucky Sen. Rand Paul dropped out of the race, there hasn’t been a clear presidential frontrunner for the traditional isolationist, limited government, free-trade Libertarian point of view.

For one father of two young boys, Rubio seemed to be the best choice for him because of his education policies. Nevada’s education system is consistently ranked  last in the country

Jack Hatfield, 45, a Las Vegas resident and an Air Force veteran who served for 21 years, said he was never a fan of Paul but was drawn to Rubio. “I like everything about him as far as his stances. … I think he has a clear picture of how he’s going to lead the country,” Hatfield said. He acknowledged that Rubio has more war-hawkish stances than he preferred but he said he could support his decisions as long as war is “necessary.”

“If that’s the call and he has the congressional support to go to war then by all means, let’s roll,” he said.

Ken Connor, a 38-year-old investor at the rally, called himself a pro-lifer who was “Libertarian down the line” and sported a Trump 2016 T-shirt. Like Hatfield, Connor also wasn’t inspired by Paul’s run. Instead, Connor said he was looking to Trump as the candidate who would support the Libertarian cause. Largely, he appreciated the candidate’s vocal and negative views on the Bush administration’s handling of the Iraq war.

For Republican candidates looking to woo Libertarian voters in Tuesday night’s caucus, though, the field remains open. According to Tuman, many of the candidates have bits and pieces of things they can offer to the disenfranchised voter base.

“Cruz is probably a little more competitive there than Rubio is, but I think that Trump’s message is resonating with voters, too,” Tuman said. “The interesting thing is that social issues are not showing to be salient. Of likely caucus goers, the most recent poll showed that only 3 percent considered social issues important. So I think for Libertarians, they are probably looking at candidates and making judgments based on what they are saying on economic issues and immigration.”