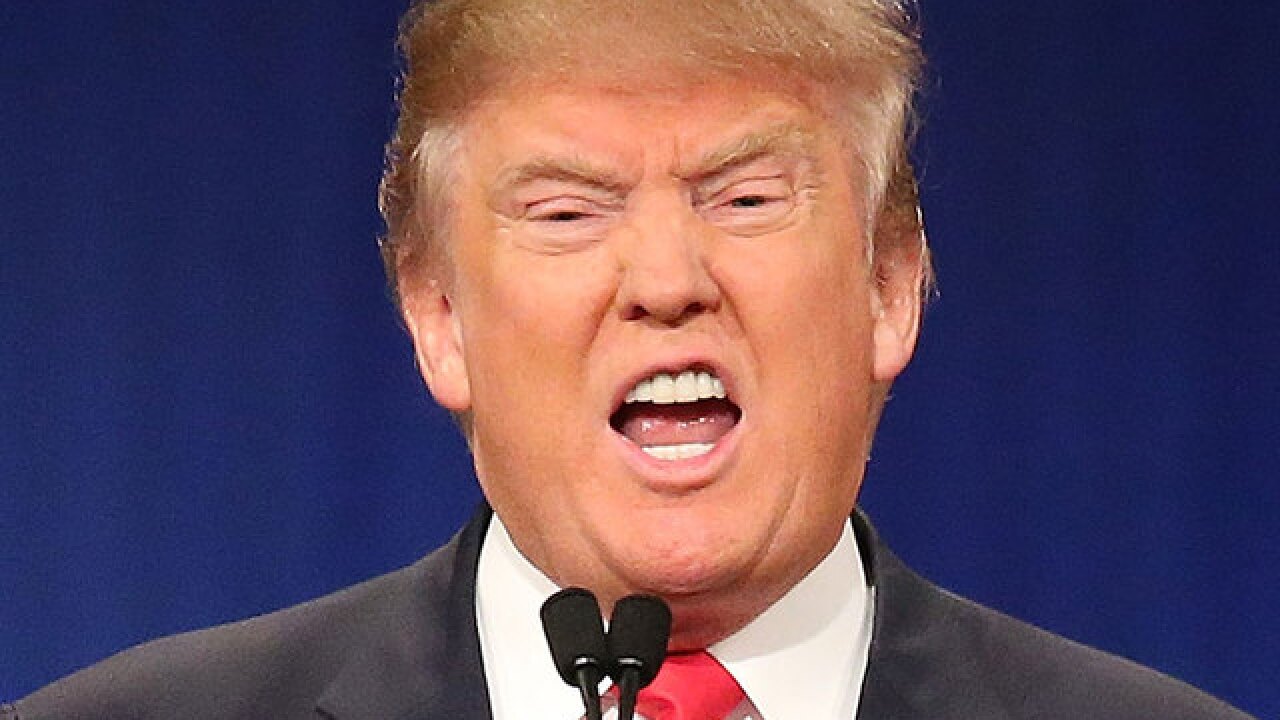 Big News! I have just figured out what the silver lining of the Donald Trump dark cloud is (or maybe it’s a gold lining, not sure). I feel better already and I hope you will, too.

Trump is going to rack up real political wins, not just top numbers in polls. It looks like he’ll win some early primaries. He’ll snag real, live convention delegates. He is growing more acceptable or palatable to Republicans and non-Republicans every day, at least according to the polls. He gave his most likable, steady and grown up performance yet in Thursday’s South Carolina debate, but was still the total maverick.

Trump could well get the Republican nomination. At this point, it wouldn’t be a great surprise. He’s probably even the favorite, which is incredible. He could run as an independent if he doesn’t. But let’s assume for the sake of argument (not predict) that the country will not actually elect him president.

My sense is that the political order in this country is at a proverbial tipping point. If Trump doesn’t get destroyed immediately, any further success has the potential to truly and deeply scare the hot sauce out of the professional political class – the “establishment” that encompasses both political parties, donors, special interest groups, consultants, contractors, corporate lobbyists and, especially, elected incumbents. (I specifically exclude the media, which has a huge vested interest in pumping up the likes of Trump, Sarah Palin and Ben Carson.) By scare, I mean they might seriously worry about their self-interest, their ability to hold on to whatever it is they want to hold on to.

If that were to happen, the “establishment” might actually allow some reformation of our election systems that proves helpful.

This is basically what happened after Watergate (though I hate to besmirch the memory of Richard Nixon by association with Trump). Nixon’s scandals were so appalling that the political powers that be had to do something – anything. There was a convergence of idealism, self-interest and common sense.

The huge crop of Democratic “Watergate babies” elected in 1974 were JFK-inspired idealists, real reformers – and a talented gang of pols that hung around for a long time. Their cause was campaign finance reform.

Incumbents of both parties knew they had to vote for reform to get re-elected, even if they hated it. Lobbyists, fat cats and trade unions knew that secret slush funds were a thing of the past. A growing legion of consumer and cause groups saw an opportunity to level the playing field of lobbying and increase their influence. And so on down the political food chain.

Now, there has been another crisis of political legitimacy in America percolating for several years, but it is amorphous and not displayed in any one great scandal like Watergate. Actually, “crisis” is the wrong word. Disease is probably better. The symptoms are variously presented as gridlock, a historic lack of trust in all government institutions, perpetually divided government, polarization, extreme partisanship and extremely long political campaigns.

The trans-partisan establishment, however, has had absolutely no trouble ignoring this disease. Yes, President Obama apologized for not doing enough about the problem in his final State of the Union address but now, because of how Trump has ridden the tsunami of voter wrath and disgust, there is real terror in Washington.

There have been no serious or sustained efforts at political reform – however you’d like to define it – in Washington for years. Except for a few incumbents, not many oxen are being gored by political alienation. Indeed, stoking it up is a pretty good business in itself – for ideological media, mainstream media, consultants, think tanks and pressure groups.

So maybe, just maybe, Trump will spark a Watergate effect. But he’s got to scare permanent Washington even more for that to happen.

What would post-2016 reform look like? Well, that’s another story, too. My personal crusade is to start by blowing-up the primary system to make campaigns much shorter, cheaper, less demanding on office-holders and more attractive to talented, normal people who would never, ever consider running for office in the current atmosphere.

What are the odds any political silver lining comes from wreckage of Hurricane Donald? Maybe they’re 100-1 at one of his bankrupt casinos. Feel better?