In N.H., you're either for Trump or against him 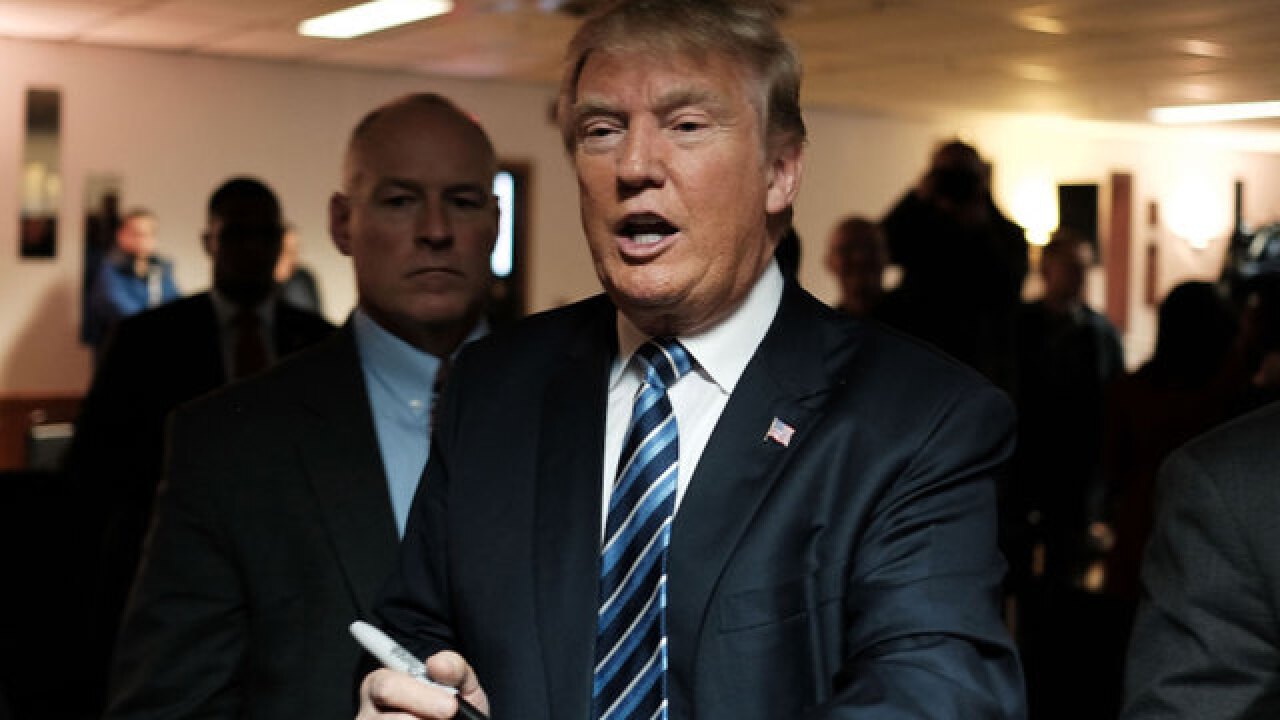 For Republican-leaning residents of the Granite State, it’s all or nothing when it comes to their feelings about the GOP frontrunner.

While the real estate mogul is currently polling in the lead in New Hampshire after finishing second in Iowa, there are Republican residents who find his appeal, as well as his success there, offensive.

New Hampshire voters have the unique opportunity to see every presidential candidate up close and personal before casting their vote, if they so choose. Often this distinction gives residents the title of presidential gatekeepers. They are able to see a side of the candidates that people in other states can only glean from TV screens. It’s this distinction that has led many Republican residents to conclude that some of the less high-profile candidates are just as fit for the presidency, if not more so, than Trump.

Roebak’s wife Anne, who also is 60 and already has sent in her absentee ballot in support of Rubio, spoke about the billionaire with a strong look of disgust.

“He’s foolish, he’s not presidential. He brought out a lot of anger among the people,” she said. “People are tired of all of this, I get that. He’s a wealthy man and he’s a very good businessman, but that’s not necessarily presidential material.”

While Trump currently is leading in New Hampshire with 29 percent support, according to a University of New Hampshire poll conducted for CNN and WMUR, New Hampshirites notoriously wait until the last minute when making their final decision and independent voters often change parties the day of the primary. A WBUR poll released at the end of January found that one third of New Hampshire’s undeclared likely voters had yet to decide on a party.

Jennifer Page is a 47-year-old pediatrician who said she’d make her final decision Monday. She’s mulling over supporting New Jersey Governor Chris Christie, Ohio Governor John Kasich or Rubio. But one name that made it nowhere close to her short list was Trump’s.

When asked if she would vote for him, she responded, “Not if he were the last candidate on earth.”

“If this campaign puts him up, for the first time in 40 years, I will vote for whatever the other party puts up,” she said. “He’s not serious. He’s not a statesman. He says the most ridiculous things. He behaves like a child. I keep waiting for someone to say ‘BAZINGA! Just kidding!’”

New Hampshirites are quick to point out that their state is no Iowa, and votes much differently. They also brag about being better at picking the ultimate candidate. New Hampshire has picked the candidate who went on to be the Republican Party’s nominee in the past three presidential competitions.

It might also be Trump’s “go your own way” attitude that’s turned some Granite State voters off. Locals are used to small-sized town halls where they can meet candidates in person, and get the chance to talk plainly with them—including grill the candidates about policies. Trump, however, apparently prefers big rallies like those he’s held all over the country, often amassing tens of thousands of people at each.

He has only held a handful of smaller events in the state, and opts to fly in and out on his private plane instead of staying overnight and holding events back to back.

Trump defended his technique at one of the few small meet- and-greets he held at the Red Arrow Diner in Manchester in January. He told reporters there that rallies are a better strategy for him “because you can talk to more people,” adding, “The reason the people do the small diners and everything is they can’t get anybody to show up, to be honest with you.”

But so far he’s spent far less time in New Hampshire than his rivals. It’s been especially striking to locals in the week leading up to Tuesday’s primary—a time where most candidates have inundated every major convention or recreation center in the town with meetings and rallies.

Trump also was forced to cancel one of his few remaining rallies on Friday when a snowstorm blasted the state and left him unable to get in on time.

The candidate’s victory strategy clearly remains one that relies heavily on media and TV presence. On MSNBC’s Morning Joe last week, he admitted to the hosts, “You know, when you hear ‘ground game,’ you say, ‘What the hell is that?’”

His apparent confusion for the tactic that is so highly exalted by New Hampshirites continued at the Republican debate over the weekend.

“You know, there’s not so much of a ground game,” he told CNN after Saturday night’s debate. “I think our ground game’s good, but I really think that the debate tonight was more important than the ground game.”

“In New Hampshire it’s about message, touch and then mobilization to the ballot box. [Trump’s] decided to replace what we call the physical touch with celebrity. It could work for him because thus far nothing has gone according to standard,” said Ford O’Connell, former advisor to Sen. John McCain’s 2008 run. “Everything he’s done has just not been according to the traditional script, and it may or may not harm him.”

But for many New Hampshire voters like Mel and Rachel Spierer, 72 and 62, Trump’s televised responses may not be enough to earn their vote.

“We are really upset with Donald Trump,” said the couple who were deciding between Kasich, Christie and Former Hewlett-Packard CEO Carly Fiorina, at a Friday night Kasich town hall. “We didn’t mention him primarily because he has assumed that you can do your politicking the way you can do it in other parts of the country. He is not up for doing this. And when he comes, he comes with body guards and other kinds of stuff—and that’s not how we do it here.”