Future schlock: Looking back on 2016 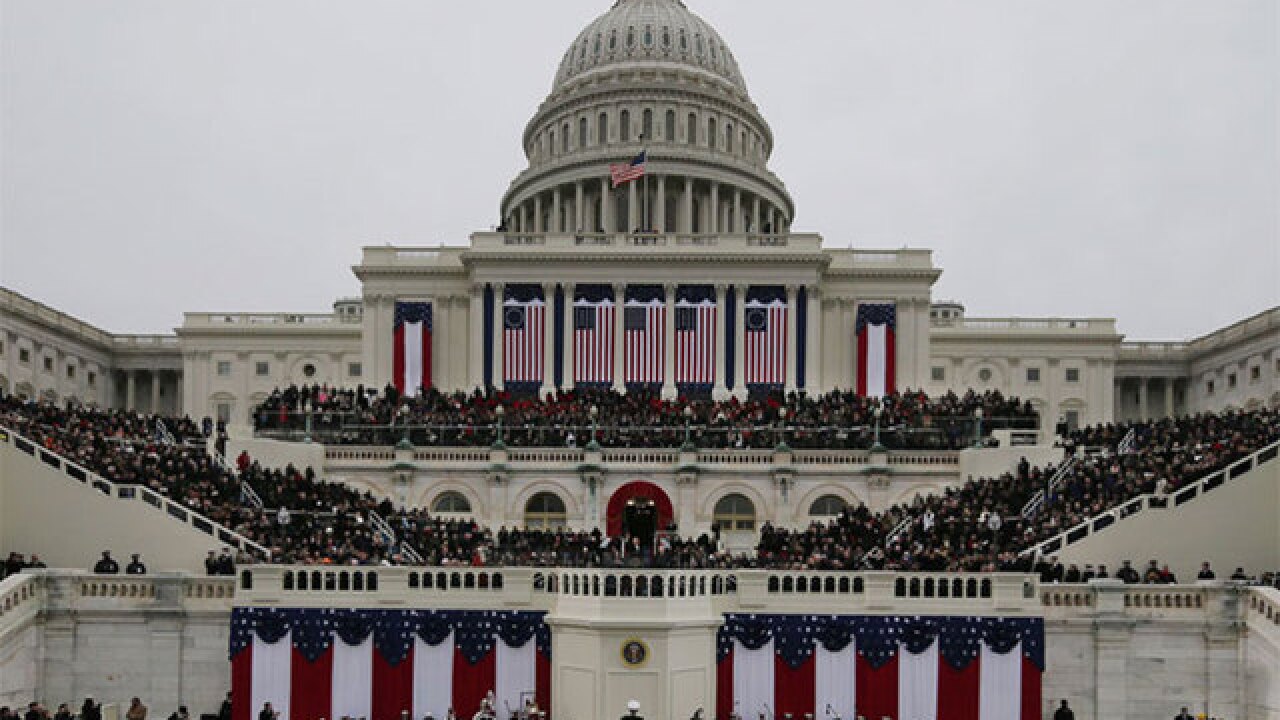 You couldn’t pay me enough to write a “year that was in politics” piece this year. This was a year to follow Thumper’s Rule: “If you can’t say something nice, don’t say nothin’ at all.”

In that Walt Disney spirit, I caught myself daydreaming about what might be the most hopeful, rose-colored column I could plausibly imagine writing in the first week of 2017 (or at least, kind of plausibly).

One caveat: I cannot plausibly imagine that I will be enthusiastic about the president-elect, whoever it is: relieved, maybe; excited, no. Between the two parties, there are two candidates I think are qualified, tested and not scary. And that is the nicest thing I can say about the best of them. Sorry, Thumper.

That isn’t, however, any great tragedy or worry. We always hope for a great leader like we know from history, but we get by without them. And we imbue the Oval Office with potency it simply does not have. So I’ll simply refer to a generic president-elect.

Just weeks before Inauguration Day, the nation’s mood is hardly jubilant. How could it be after one of history’s zaniest presidential elections? But Americans seem to be quietly content: happy to be rid of Election 2016’s high drama and low dignity, comforted by a year of surprising economic growth and far less worried about terrorism and ISIS than only one year ago. The national mood, as diplomats say, is cautiously optimistic.

Many Americans are still sighing with relief that the country dodged a poison-tongued bullet named Donald J. Trump. His bruising wins in Iowa and New Hampshire left everyone except his own frenzied legions baffled. Trump’s confidence and radiant self-love, if possible, soared even higher. Even Zeus felt threatened.

But pride comes before a fall.

From the very first, the revelations of TrumpGate were lethal. Trump delivered his own last rites with his obscene, epic meltdown at the Charleston press conference. The YouTube numbers will never be beat. Trump was the ultimate Loser.

The voters again clearly signaled their ambiguity; the results show they mistrust both parties equally. The election was essentially a tie. The new administration will govern amidst what has become the new normal in the past few decades: divided government. No party controls the executive and legislative branches, no party has a convincing mandate.

Still, the country and the new lineup in Washington might be able to build on a wave of positive news.

Economic growth in 2016 exceeded all the predictions and topped 3.1 percent for the year, almost a boom. Unemployment dropped to 4.6 percent, the lowest since 2007. Inflation remained minimal.

The defeat of ISIS in Syria was undoubtedly the least predicted and most important development on the global stage. The massive attack in Paris in the fall of 2015 and smaller atrocities in many other countries including the U.S., plus a renewed faith in the possibilities of international cooperation after the Paris climate treaty, seem to have flipped a global switch.

The coalition force that vanquished ISIS was truly international and actually competent. An interim coalition has established enough stability so that a provisional Syrian government could emerge in the next year or two. A trickle of refugees is returning. There are fewer potential havens for dispersed ISIS forces – or whatever the next ISIS/Al Qaeda turns about to be – now that international forces have also secured Libya.

If the defeat of ISIS was a global surprise, the Education Proclamation was an American stunner. On the Fourth of July, President Obama stood on the steps of the Lincoln Memorial surrounded by leaders of every education union, every major public and private education interest group, top officials from 50 states and mayors from 100 cities. Only such a united force could announce such a revolutionary act: a total ban on cell phones and mobile devices from America’s schools from pre-K through 12th grade. Despite a blitz of lobbying and litigation, an estimated 85 percent of schools will open this week under the Education Proclamation flag and will be device-free.

No less shocking: the announcement one week after Election Day by the two major parties and their leaders in Congress that the current presidential primary system would be abandoned to be replaced by either four regional or one national primary to be held no earlier than the first Tuesday of September in election years. A joint statement declared that the current presidential nomination scheme had become too long, expensive, distracting, polarizing and unworkable. If the stars align, the two-year presidential campaign will be a relic of history.

President Obama will not announce his plans until after Inauguration Day, except to say he will be devoting his immediate attention to cheering on the 16-0 Chicago Bears in their quest for the Super Bowl and a perfect season.

To listen to DecodeDC podcasts and read more blog posts about politics, politicians and policy, click on DecodeDC.