Opinion: Why the angry white voter is angry 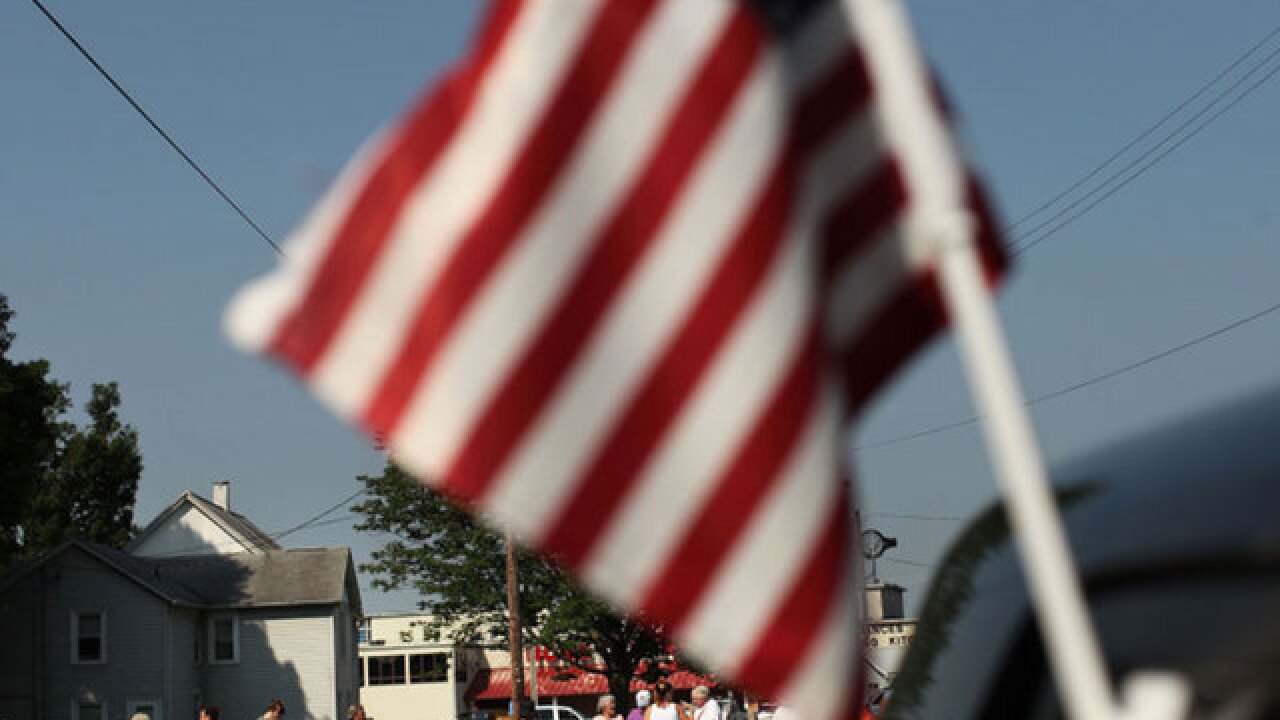 <p><span style="font-family: 'Museo Sans Rounded', MuseoSansRounded-100, Helvetica, Avenir, Arial, sans-serif, Raleway; font-size: 15px; line-height: 21px;">People wait in line with boxes to carry food during a food distribution by the Food Bank of the Southern Tier Mobile Food Pantry on June 20, 2012 in Oswego, New York. According to the 2010 Census, 15.72% the population serviced by the mobile pantry live at or below the federal poverty level. (Photo by Spencer Platt/Getty Images)</span></p>

I have a nagging hunch that the standard social and political portrait of the plight of the largest demographic group in America, the white working and middle classes, may be on the verge of a major rewrite.

Our deviant presidential race won’t produce the story. Yes, it has generated a new item of conventional wisdom: Angry white voters are angrier than we thought. Some go to the left when mad, some right. It’s a new chapter in the ongoing culture war, a new fault line in our polarized politics.

This new conventional thinking isn’t exactly wrong, but it doesn’t tell us much about why the white proletariat is so angry and it doesn’t take their substantive complaints seriously. It is is just another factor to navigate in the horse race of the campaign. Who can best exploit these voters without terrifying the other 85 percent of the electorate? The causes of the Great White Anger seem obvious and boring and who cares about this “narrative” after November?

I suspect a new, more important portrait of the white proletariat will emerge from a different set of conversations gaining intensity far away from the campaigns.

A key moment came from a blockbuster study by two Princeton economists last year. In short, mortality rates have decreased constantly for decades in America for all demographic groups. This is a huge social success story. But one exception has just been discovered: middle-aged whites with no more than high school educations. Since 1999, their mortality rate has gone up.

The main causes are increased alcoholism, drug overdoses and suicide. These are often referred to as “despair deaths.” Somehow, viewing the plight of the white lower and middle class as a medical issue has made it more serious, objective and urgent.

We’ve known for several years about the epidemic of heroin addiction in suburban and rural white America. Minority populations have largely escaped it. The political response to the white heroin crisis has been to treat it as a public health problem that should be treated with rehab programs, education and medical care.

Fifty years ago, the heroin scourge was largely confined to black, urban areas. The political response then was punitive: zealous law enforcement: lock up the dealers and addicts. That was the same for the crack epidemic in the 1980s.

Similarly, black mortality rates have been higher than those of whites for as long it has been measured. It is one of those long “national shames” that has become invisible. But this new rise in the white mortality rate is an instant crisis. And it is. But so is the enduring gap between white and black health.

Will the political response to white “despair deaths” reflect the same double standard as the heroin epidemics? The only moral answer is to treat both of these populations urgently and equally.

The pathologies around white “despair deaths” support the controversial arguments Charles Murray made in his 2012 book, “Coming Apart: The State of White America, 1960-2010.” In a nutshell, Murray said there is now a “new lower class” that is white and suffering many of the same maladies that have long racked minority groups, or what was referred to as the “underclass” in the 1980’s.

Murray’s thesis was criticized for being racist, for reasons, frankly, I didn’t understand. Today’s debates about what might be called the “white underclass” aren’t getting that criticism – yet.

If the political response to the heroin epidemic and the rising white mortality rate are any indication, the core pathologies afflicting the Angry White Voter and the new lower class will be treated aggressively. That is because they are now white problems. And that is where a stealthy but shameful racism comes in.

We know now that economic inequality is greater than it has been since the Roaring Twenties. The lower and middle rung of white America – the largest demographic group in the U.S. – is now losing ground. But that is ground minorities have never stood on; their unequal status has been permanent.

“Indeed, the current urgency about inequality as an issue is really about how some white Americans are coming to live an experience that many minorities in this country have long lived — structural inequity has leapt the racial barrier,” Charles Blow of The New York Times recently wrote.

The black poverty rate, always much higher than for whites, has declined steadily but slowly since the 1960s; the white poverty rate has increased slightly. The percentage of households with two parents has fallen dramatically for whites not at the top of the education and income ladder.

In a few decades, America will be a minority-majority country; whites will be “outnumbered” by blacks, Hispanics, Asians and others. This could herald in a period of increased egalitarianism, fairness and generosity. It also could foster more severe antagonisms between racial, ethnic, regional, cultural and economic groups.

What will be the story of the white proletariat in the 21st century?