Defanging The Donald: A job for shrinks? 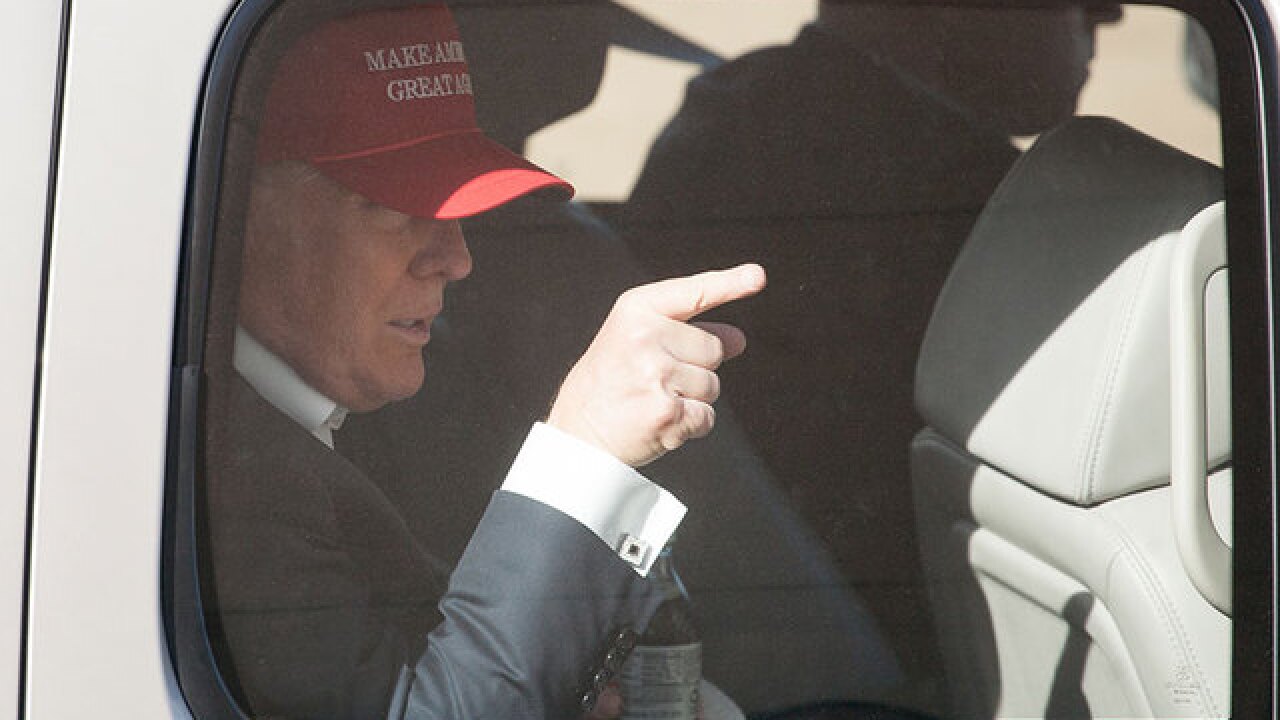 Of all the oddities, anomalies and mysteries of Donald Trump’s ascension, one that fascinates me is his ability to get away with political murder – serially, in broad daylight, on camera.

Efficiently and consistently, the Trump mouth produces lies, insults, contradictions, incorrect facts, conspiracy theories, slanders, false boasts, non sequitors, gaffes and threats. He routinely makes cracks that are racist, sexist, religiously bigoted and xenophobic. He brags about philandering, buying influence (or bribery if you prefer). And then he does it again and his poll numbers increase, among Republicans at least.

Most of these delinquent acts are the kinds of “devastating blunders” that would land any other pol in political jail or even death row.

There are many theories about why Trump gets away with it.

The most common hypothesis holds that Trump’s political lawlessness, his fearless flaunting of the usual rules and customs proves beyond a shadow of a doubt to his supporters that he isn’t just another sleazy hack, but an authentic, totally honest gunslinger who can clean up Dodge City pronto.

Another popular postulate is that Trump’s troops, on some unconscious level, do not perceive and judge him as a politician and statesman, but as an entertainer, celebrity and capitalist prince. He has comedic immunity.

Sixteen Republican candidates could not find a way to counter these mass perceptions, so more deconstruction of Trumpism is necessary to defang them.

I was impressed by one recent effort, an article in The New York Times by Michael P. Lynch, professor of philosophy at the University of Connecticut. Lynch is interested in understanding how Trump gets away with his voluminous contradictions. Trump, Lynch says, actually “embraces” his contradictions and inconsistencies:

Mr. Trump’s willingness to be inconsistent — even in a single interview, or the same speech — has baffled political strategists for months. Even more puzzling is his followers’ happy toleration of it. It is as though the content of what Mr. Trump says doesn’t matter; only the fact that he is saying it does. But how could that be? After all, other candidates are seemingly held to different standards, by their supporters and others. They are held responsible for what they say.

For example, in one interview Trump refuses to condemn the Ku Klux Klan. A little while later, he condemns the KKK, without excuses, backtracking or apology. Many a pundit declared this to be Trump’s fatal error, finally. No candidate can survive cuddling with the Klan. But the story died a quiet, fast death. No biggie.

Lynch says that a normal politician will “walk back” or spin a contradiction or gaffe, while Trump will just make a new assertion or take a new position without explanation or excuse.

Walking a comment back says you are taking responsibility for what you’ve said. Blatant contradiction puts the responsibility back onto the shoulders of the listener. If I simply deny what I earlier affirmed and act as if nothing has happened, then you are left having to decide what I really meant. And psychology, as well as common sense, tells us that human beings are prone to “confirmation bias.” That is, we tend to interpret evidence so that it conforms to what we already believe.

So in the case of the KKK, some Trumpers believe that the Donald shares their private affinity to white supremacy while others are certain the man doesn’t have a prejudiced bone in his body. And both sides think Trump has again proved he’s impervious to the “establishment,” the PC police and media nags.

Lynch goes on to address a topic I have been trying to illuminate recently, the plastic nature of “truth” in an age of relativism and information overload (see “Trump, Truthiness and You”)

There is also a deeper philosophical issue here. The most disturbing power of contradiction is that its repeated use can dull our sensitivity to the value of truth itself. That’s particularly so given that most Americans live in a digital world that both makes it easier and harder to figure out what is true. Googling is like being in a room with a million shouting voices. It is only natural that we’ll hear those voices that are most similar to our own, shouting what we already believe, and as a result Google can find you confirmation for almost anything, no matter how absurd.

Daniel Patrick Moynihan said, “Everyone is entitled to his own opinion, but not his own facts.” This no longer applies to politics and Trump understands this like a savant-Andy Warhol. Truth, Stephen Colbert declared 10 years ago is out; truthiness is in.

“We get so used to contradictory information, rival sources, that we find ourselves no longer valuing truth,” Michael Lynch wrote. Or maybe a whole lot of people just don’t believe in it anymore – at least when it comes to politics.

I don’t expect that these rather abstract or academic musings will help deprogram Trump’s most ardent fans before November. But they have given me a more diabolical idea that Democrats and #NeverTrumpers might ponder.

The Credibility Cloak that gives Trump super-political powers could be rendered useless if Trump himself goes berserk – if he implodes or gets really weird.

Trump is a Zen master of discovering an opponent’s weak spot and ruthlessly attacking it. Low-energy Jeb. Little Marco. Like the master locker room sadist in high school, he rides his enemies until they crack. And the rest of the guys can’t take their eyes off the cruel drama.

What is Trump’s weak spot, his fatal flaw, his secret little nightmare? This is a man with no apparent capacity for shame, embarrassment, self-doubt or guilt. Yet his narcissistic appetite is gargantuan. So what would make the Donald discombobulate?

Polls and focus groups can’t and won’t provide the answer.

This is a job for the wiliest forensic psychiatrists in the land, our sickest comedians, our finest neuroscientists and maybe even Bernie Madoff, the greatest predator of the rich ever.   Dissembling the Donald may be the last hope of a nation at risk.

It’s just an idea, just trying to be helpful. But when the light of truth dims, only the shadows can protect the innocent.