Opinion: Confessions of a Hillary-phobe 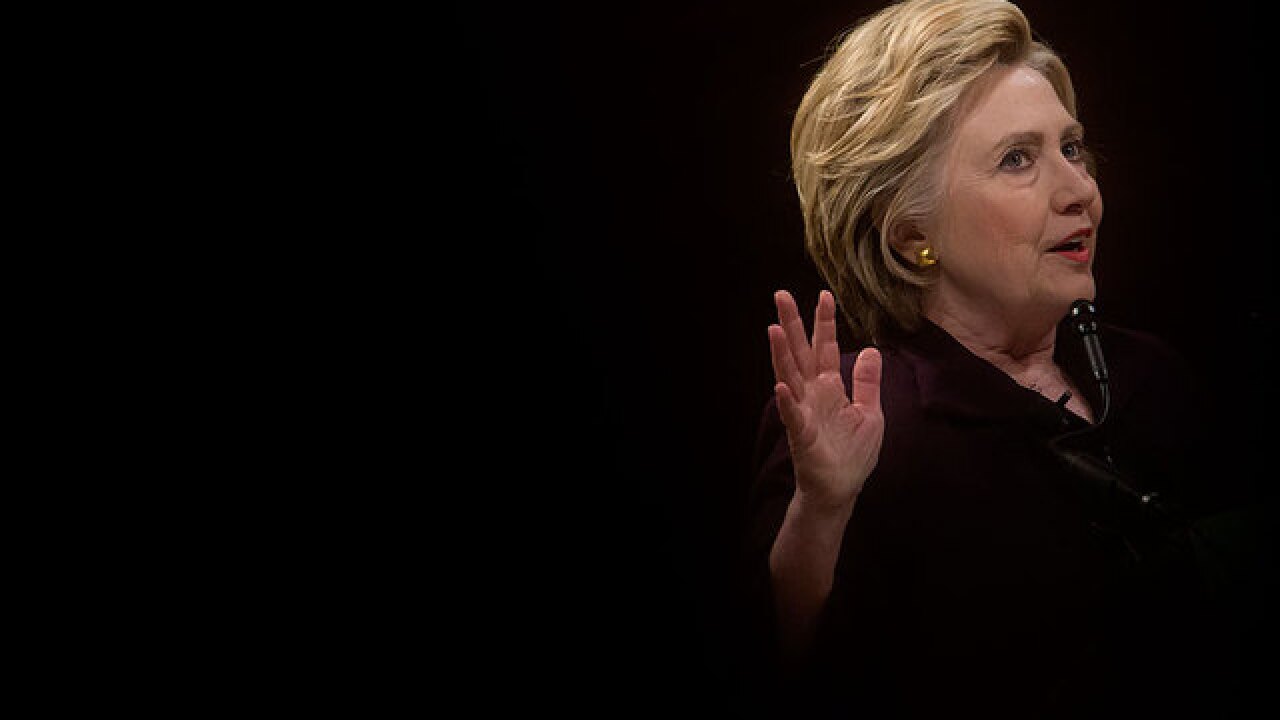 I have never liked Hillary Clinton but I don’t recall exactly why. It has been such a long time.

Something like half of all voters don’t like Hillary either, according to years and years of polls. Hillary’s enduring turn-off power is the sole reason so many Democrats fret that she could actually lose the general to the weakest imaginable Republicans -- Ted Cruz, Donald Trump or a messiah immaculately conceived by a brokered convention.

Trust, the lack of it, is the key, say the polls. But there’s much more to Hillary’s likability disability. If Barack Obama in 2008 was a Rorschach for voters’ hopes and dreams, Hillary has been an inkblot reflection of voters’ complaints and grudges since 1992.  The deeper “whys” are elusive.

Young, white (repeat, white) Democratic primary voters have reasons of their own for dissing Hillary: perhaps she is too plastic to feel “authentic,” too establishment (she obviously is) or too much the perfectionist, striving Baby Boom mom.

For older voters, like me, Hillary’s persona has been cast in stone for 24 years – be it love, ambivalence or hate. She has been Rightwing Enemy #1 or #2 for decades (if that’s your list, you might want to stop reading here).

Everyone has a Hillary theory.

I thought it might be interesting to do a focus group on myself, to reconstruct the history of my own, totally subjective perceptions of Hillary the Human, not the platform.

Embarrassment with pity.  Hillary’s epic debut came in the famous “60 Minutes” joint interview in January 1992 where Steve Kroft grilled Bill and Hillary about Gennifer Flowers. Bill weaseled shamelessly. They both lied. Hillary was formidable. “I'm not sitting here, some little woman standing by my man like Tammy Wynette,” she said fiercely.  Despite her complicity and her gristle, I was embarrassed on her behalf. (She had a deep Southern accent then, by the way.)

A few weeks later she was pestered about why she worked. She said, “You know, I suppose I could have stayed home and baked cookies and had teas, but what I decided to do was to fulfill my profession, which I entered before my husband was in public life."  Spontaneous, honest, with a twist of sarcasm: a good one-liner in my book.  Well, she got broiled, ridiculously, as if she were mocking stay-at-home moms. On top of embarrassment, I felt sorry for her. She was trapped in the organ grinder for good and hasn’t gotten a PR break since.

Hubris, with a side of entitlement. Bill put Hillary in charge of his top project, appointing her chair of the Task Force on National Health Care Reform. It was a dumb move with disastrous results, probably Bill’s fault.  That she took the job, however, I thought displayed Shakespearean hubris, a tin ear for politics and forged a lasting impression that she felt entitled to high power.

Her task force was secretive and that caused trouble; her response was brittle and sanctimonious, which caused worse problems. My pity disappeared, replaced by an ungenerous view of the motives of a woman with a life-long track record of public service and do-gooding.

Persecuted, but paranoid.  That bunkered-down style became a permanent part of Hillary’s image.  She is still lampooned for saying in the Lewinsky period that she and Bill were targets of a “vast rightwing conspiracy.”

“Just because you're paranoid doesn't mean they aren't after you,” Joseph Heller wrote. There was and is a vast rightwing conspiracy, though it is now overt.  But that’s life in politics, always has been. Barack Obama has faced a much more vicious rightwing onslaught – racist, bigoted and delusional. But he has never played the martyr and isn’t paranoid.

Hillary, I came to feel, acts like any criticism is an outrageous insult to her virtue and always malevolent. Her righteousness breeds suspicion and ill will. From Whitewater to Benghazi, she has been cynically hunted like a Salem witch. I should have sympathy. Instead, I have a widely shared but baseless prejudice that she is always hiding something.

As best as I can recall, that’s how I felt about Hillary Clinton as I watched Marine Two depart the Capitol Plaza on Inauguration Day, 1993.  I recall just a few fresh views since.

Inscrutable. I was glad when the country was liberated from that family’s psychodramas.  When Hillary announced for the Senate, I was irritated – and mystified.

How could a person who had been through such hell come back for more?  Ditto her presidential runs. Is she like Richard Nixon, compelled to power? Or Eleanor Roosevelt, a wronged but charmless do-gooder?  Is she desperate for redemption or vindication? These “character” questions nag and disturb.

Competence. As senator, Secretary of State and presidential candidate, Hillary has demonstrated stamina, discipline, knowledge and steadiness in the face of extraordinary vilification even for this era of polarization. She is judged by a double standard for women in power.  Her political values, priorities and pragmatism have been consistent through a long public career.

I will never be a fan. I can’t reinvent my gut level intuition despite her achievements. Many people can’t. That is her burden, her baggage.

But at the end of my focus group, I don’t give my views much stock. If I had been right, Hillary would have crashed and burned long ago.

Hillary’s greatest virtue in my current view:  She’s not Donald Trump and she’s not Ted Cruz.