Iowa: Students could be a key to victory 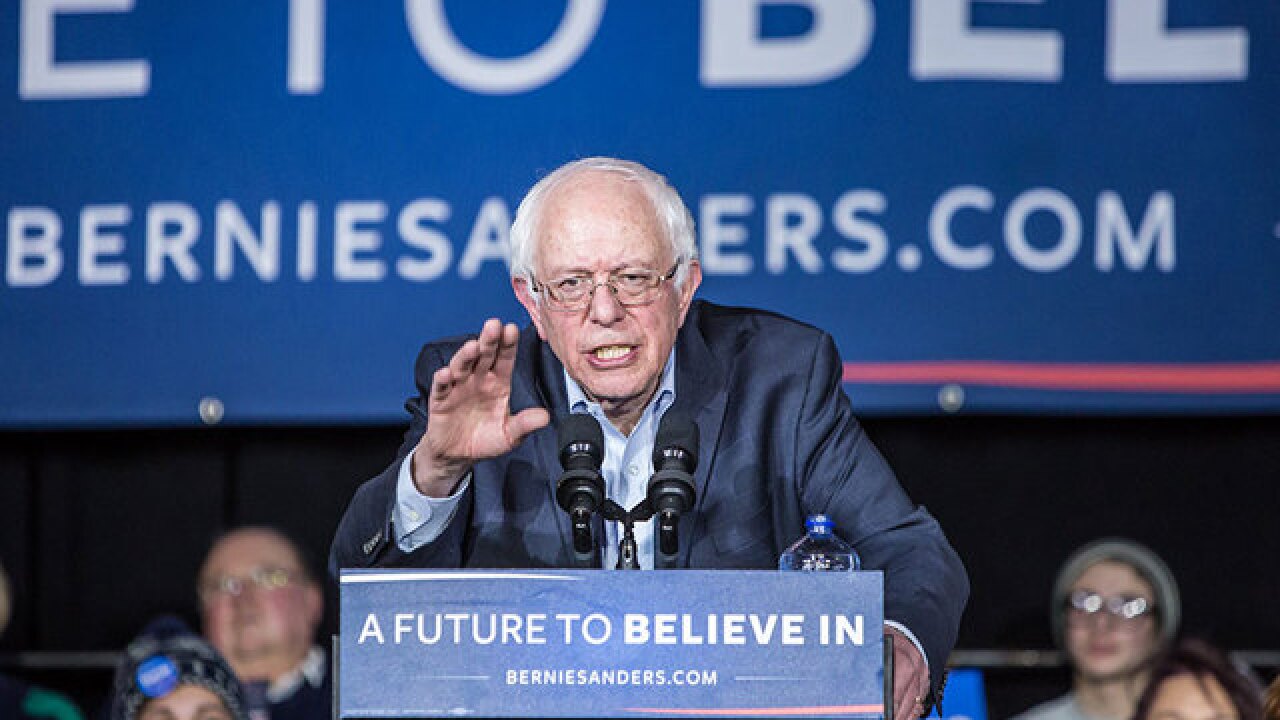 For Democratic presidential candidate Bernie Sanders, a key step in winning the Iowa primary is getting college kids out to caucus.

This year is the first time public colleges in Iowa will be in session during the caucuses in two presidential cycles, which means there’s a big, concentrated pool of students who are potential caucus goers, including some out-of-state students who qualify to register.

With Sanders hoping to pull off a narrow victory Monday in the Hawkeye State, getting these students out to caucus for him could be a make it or break it moment.

“If we win this thing, in large measure it’s going to be because these young voters turn out beginning in Iowa and also because we can convince the Democratic establishment that Bernie can be a stronger candidate because of his appeal to young people, the way Barack Obama was in 2008,” senior strategist Tad Devine told the New York Times.

Sander’s appeal to younger voters largely hinges on the fact that college students would benefit from many of his policies, including free college tuition.

But organizers for Sanders and other candidates face two big challenges—getting students from Iowa to return to their hometowns to caucus and convincing students with busy class schedules to take the time to attend a caucus in the first place.

“It’s the math of the caucus right,” said Paul Tewes, a Democratic strategist who ran Obama’s 2008 Iowa ground game. “We felt that our appeal was going to carry those college precincts with the folks that live there on a regular basis, so we wanted to take the college kids and have them caucus in their hometown. … In 2008 college wasn’t in session and we were able to talk to these kids over a long period of time, and track them and their hometowns and they went back and probably brought their parents to caucus.”

When it comes to Iowa, winning the state often is a matter of a few key votes in a few key precincts—which is why candidates like Sanders want to get as many students out to caucus as possible.

The Sanders campaign has made a huge push in the past week to appeal to college-goers, rolling out six-second Tumblr ads and sending texts to voters they identified as college kids. They’re also doing a Web advertising campaign for their “Go Home for Bernie” initiative.

Student organizations recognize the importance of spreading out voters to different precincts but their main concern starts with getting students out to vote even at the caucuses nearby.

“[In 2012] it was easier for people to vote in their hometowns. Now since we are in the middle of the semester it’s hard for people to go home, so we are trying to get people to re-register,” said Michele Aberle, a junior at Iowa State and chairman of the Iowa Federation of College Republicans. “I want to say, ‘yes, we’re going to have the greatest turn out ever,’ and I really do hope that, but it all depends on so many factors because it’s not like you can come in [to caucus] at any time like voting. Class might affect it, weather might affect it because a of snow.”

On the Republican side, Kentucky Sen. Rand Paul also has had a steady ground game trying to engage students and get them out to caucus

According to Cliff Maloney, Paul’s national youth director, the campaign has 25 Students for Rand chapters throughout Iowa that are “executing a full-throttle student get out the vote operation to capitalize on all of the ground work we have done since April.” The campaign has a goal of turning out 10,000 students the night of the caucuses to support Paul.

While Paul seems to be the Republican candidate vying the most for young people’s votes, many experts suspect that his efforts will ultimately fall flat, considering his overall poll numbers are down. In a recent NBC/WSJ/ Marist poll of Iowa Republican voters, he’s tied for sixth place.

“It’s really hard to get 10,000 students out there,” said Ford O’Connell, former John McCain adviser and veteran campaign strategist. “We are looking at maybe 133,000 people turning out to the caucus. But if you are asking kids 18-to-24 to sit through a long night to caucus, 10,000 is a lot; you aren’t asking for that from people in New Hampshire, who just pull a lever. It’s asking a lot of commitment and students might not have the patience.”

In the end, whether any candidate can benefit from student caucus goers might come down to who does the better job of courting them.

“If you talk to them over time and you’re talking to them with respect and answering questions about issues they may have, you will do well,” Tewes said. “But if you ignore them and wait to the last minute, you’ll miss the opportunity.”