CSX working on test runs at Howard Street Tunnel, shut down due to water-main break 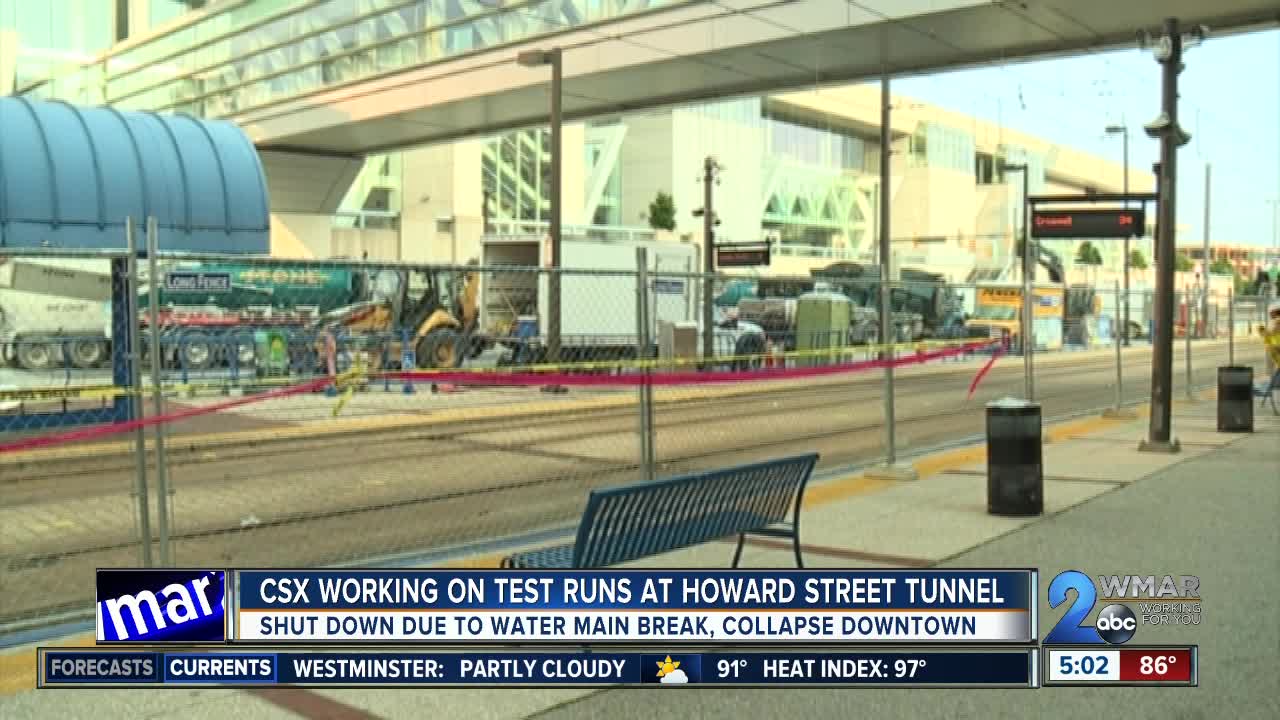 CSX is working on test runs at the Howard Street Tunnel after it was shut down due to a water main break, collapse downtown.

BALTIMORE — CSX is still working on test runs to get the train tracks back active following the shut down of the Howard Street Tunnel, causing a ripple affect on local businesses.

Those at the Maryland Port Administration said that there is not much of an impact due to complications within the last couple years. Officials say because of the attempts to expand the Howard Street Tunnel, the port is still doing most of its business via truck, but back up is still noticeable.

As some of the streets in downtown Baltimore crumble, its what's happening above ground that's raising even more eyebrows. As the handicap ramp at the Camden Light Rail Station sank into the ground, crews said it further damaged the Howard Street Tunnel.

Richard Scher, Maryland Port Administration's Director of Communications said its the 'push and pull' on creating the go-ahead to expand the tunnel that actually prevented them from being impacted much at all.

“It did not have a great impact on us because, again, we do a lot of our business by truck," Scher said. "The small impact that it did have will not take us more than a day to come back from in terms of catching up."

At this time, CSX is working to get the train tracks back active and have released a statement on the incident stating in part that "currently, CSX is moving limited traffic through the Howard Street Tunnel and are working to restore normal train operations as soon as possible.”

Their full statement can be read below.

“CSX is working collaboratively with the City of Baltimore in response to the water main break in downtown near Howard and Pratt Streets that temporarily disrupted freight rail service. Company officials worked extensively with the Department of Public Works and Baltimore Emergency Management overnight as they began restoration work. CSX engineering crews completed track inspections and visual survey assessments in the tunnel to ensure safe rail operations. Currently, CSX is moving limited traffic through the Howard Street Tunnel and are working to restore normal train operations as soon as possible.”