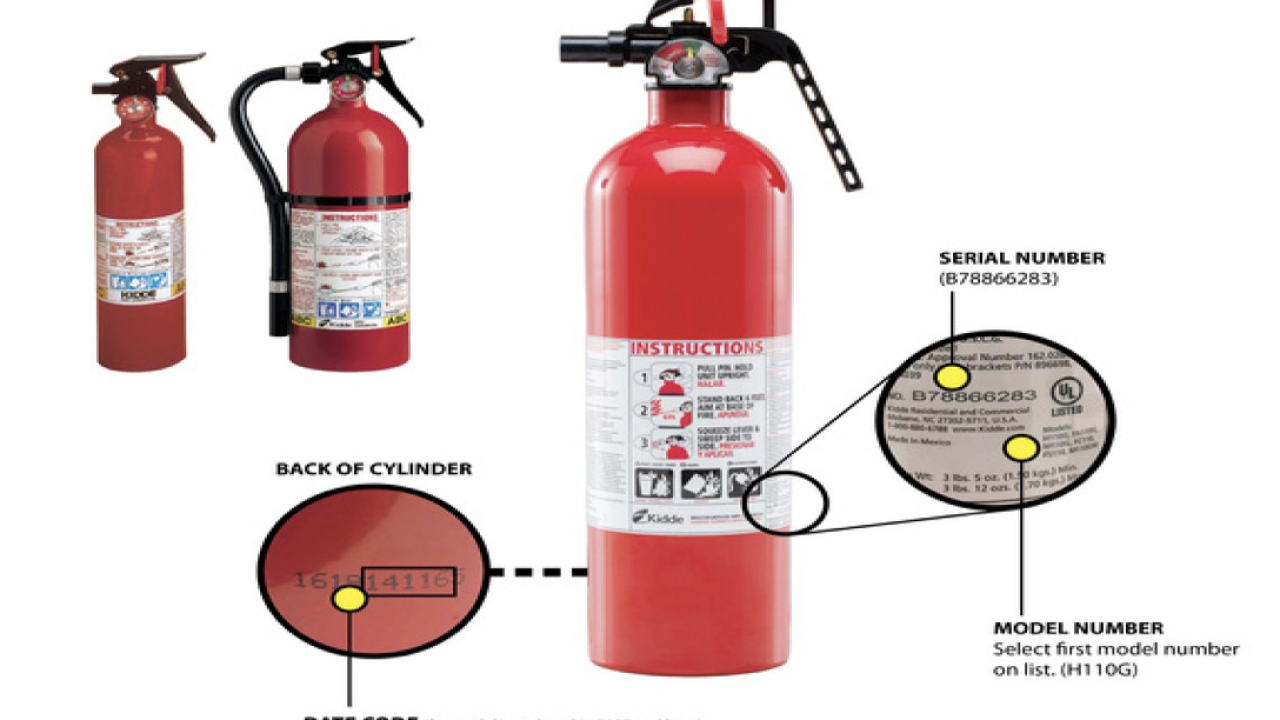 The case refers back to 2015, when Kidde voluntarily recalled certain models of their fire extinguishers.

In 2017, the CPSC filed a complaint claiming that prior to the recall, Kidde had under-reported on the defects , risks, and number of models affected.

This triggered a second recall, for which Kidde says they worked with authorities to quickly collect the malfunctioning extinguishers and replace them with unaffected models.

Overall, the case involved 134 extinguisher models, specifically those that had plastic handles and a push button.

There were allegations that those particular models failed to discharge as well as concerns over the nozzle detaching.

The extinguishers were sold nationwide over a period of four decades, from 1973 to 2017.

Stores such as Menards, Montgomery Ward, Sears, The Home Depot, Walmart, Amazon, and others sold them.

Kidde also agreed to a consent decree that subjects them to potential liquidated damages, should a similar offense occur in the future.

Since the recall, the company says they've improved product safety, to include product safety assessments on both new and existing products, and enhancing their customer service processes.

Editor's Note: This article has been updated with more detailed information on the case including in part comments from Kidde.