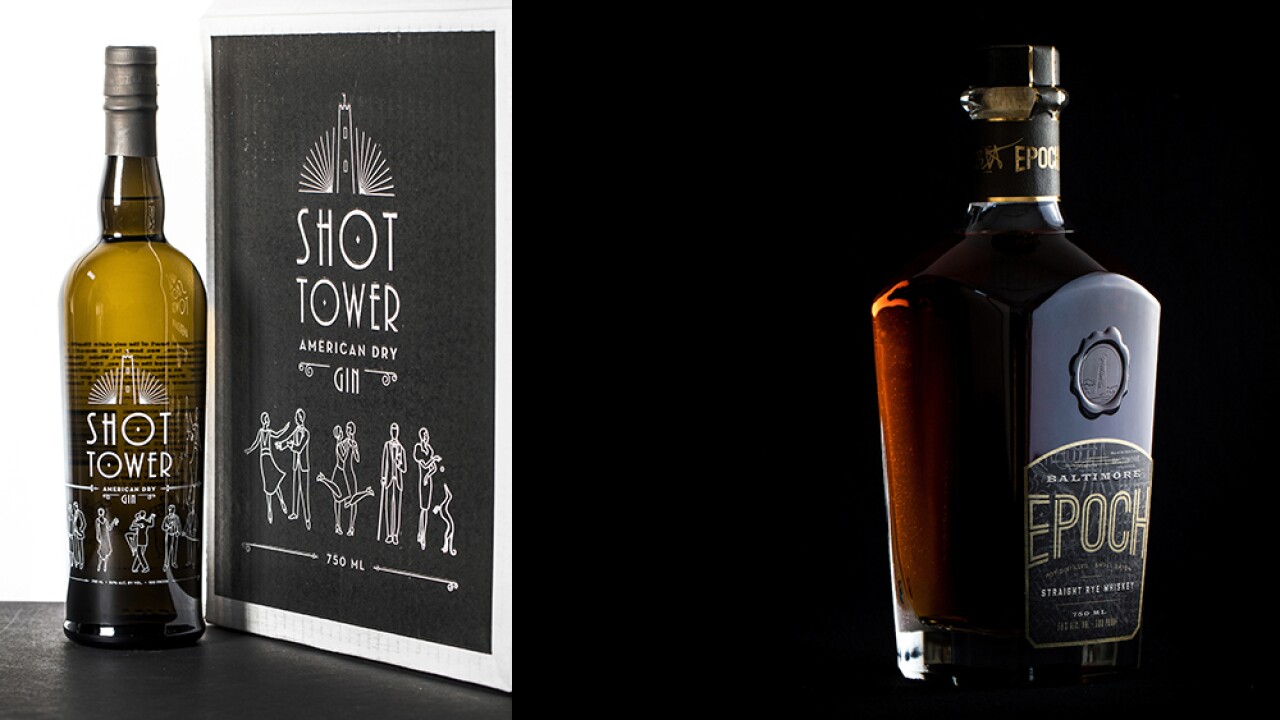 The Baltimore Spirits Company creates a variety of liquors from its operation in the Union Collective Building in Baltimore’s Medfield neighborhood. The company offers tastings, samples, and sales at their warehouse space.

Epoch Rye is considered the company’s flagship whiskey, the distiller said. It has previously won gold at the 2018 New York competition and double gold at the 2018 San Francisco International Spirits Competition, a distinction granted to entrants that receive unanimous gold ratings from judges, the Baltimore Spirits Company said.

The Shot Tower Gin also comes with previous distinctions, winning gold in New York, San Francisco, and Denver, as well as being named among the Fifty Best in Gin by the Beverage Tasting Institute, the distiller said.

“Competition in the spirits industry gets tougher every year, so it’s great to have it confirmed that we’re still making some of the best spirits out there,” said Baltimore Spirits Company co-founder and CEO Max Lents. “We’re proud to represent Baltimore on these stages.”