Get half off a slice of cheesecake for National Cheesecake Day 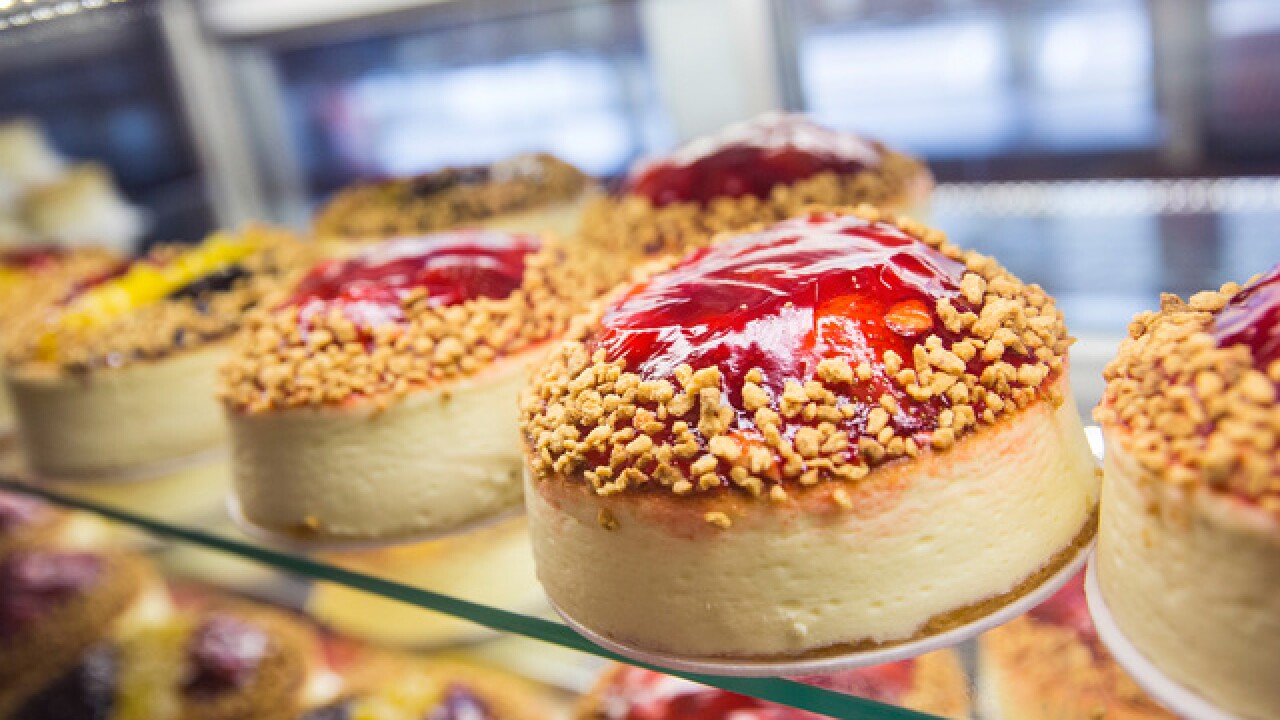 Andrew Burton
<p>NEW YORK, NY - Cheesecake sits for sale at the bakery display of Junior's restaurant, a staple of Brooklyn dining since the 1950s, on February 21, 2014 in the Downtown Brooklyn neighborhood of the Brooklyn borough of New York City. The restaurant recently announced it would be closing - many assume the land will be used for new condos and apartments - though a final date of closure has not been settled upon. The owner of Junior's would allegedly would like to make a deal with the developers to reopen the restaurant on the ground floor of the new building. (Photo by Andrew Burton/Getty Images)</p>

A national day focused on dessert lovers, what could be better.

Monday is National Cheesecake Day and Cheesecake Factory has a special deal!

And in addition to half price cheesecakes, the Cheesecake Factory is also rolling out two new flavors. First is the Very Cherry Ghiradelli Chocolate Cheesecake which is a cherry cheesecake on a layer of fudge cake, loaded with cherries and Ghirardelli chocolate.