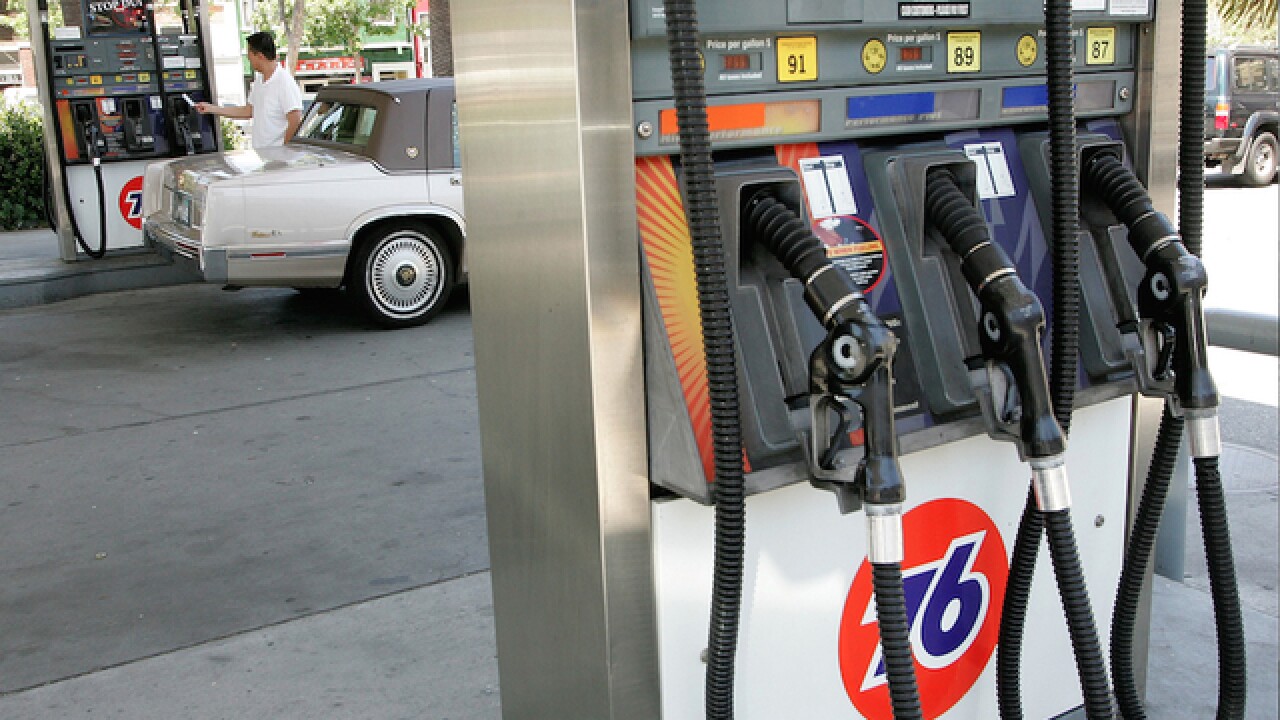 AAA announced Thursday that the average national gas price was 97 cents per gallon cheaper in 2015 than 2014, marking the lowest price on regular unleaded gas since 2009.

The average cost of a gallon of gas in the United States in 2015 was $2.40, breaking a streak of four consecutive years where gas prices were above $3 a gallon. Gas prices were at their second-lowest level in 2015 in the last decade, as 2009 had a cheaper average at $2.35 a gallon.

With the decreased cost of gas, AAA estimates that the average American driver spent $550 less on gas in 2015 compared to 2014. AAA said that the low gas prices are due to a "worldwide glut" of crude oil, meaning there was more supply of gasoline than demand.

The travel agency expects gas to remain affordable in 2016, as AAA said that prices are expected to average between $2.25 to $2.45 a gallon.

"There is significant uncertainty over the potential cost of crude oil in 2016, though most analysts expect the market will remain oversupplied throughout the year," said AAA spokesperson Michael Green. "There currently is a glut of crude oil around the world that has grown faster than demand, and that situation is unlikely to change significantly as Iranian oil enters the marketplace and because the global economy is growing at a relatively weak pace."