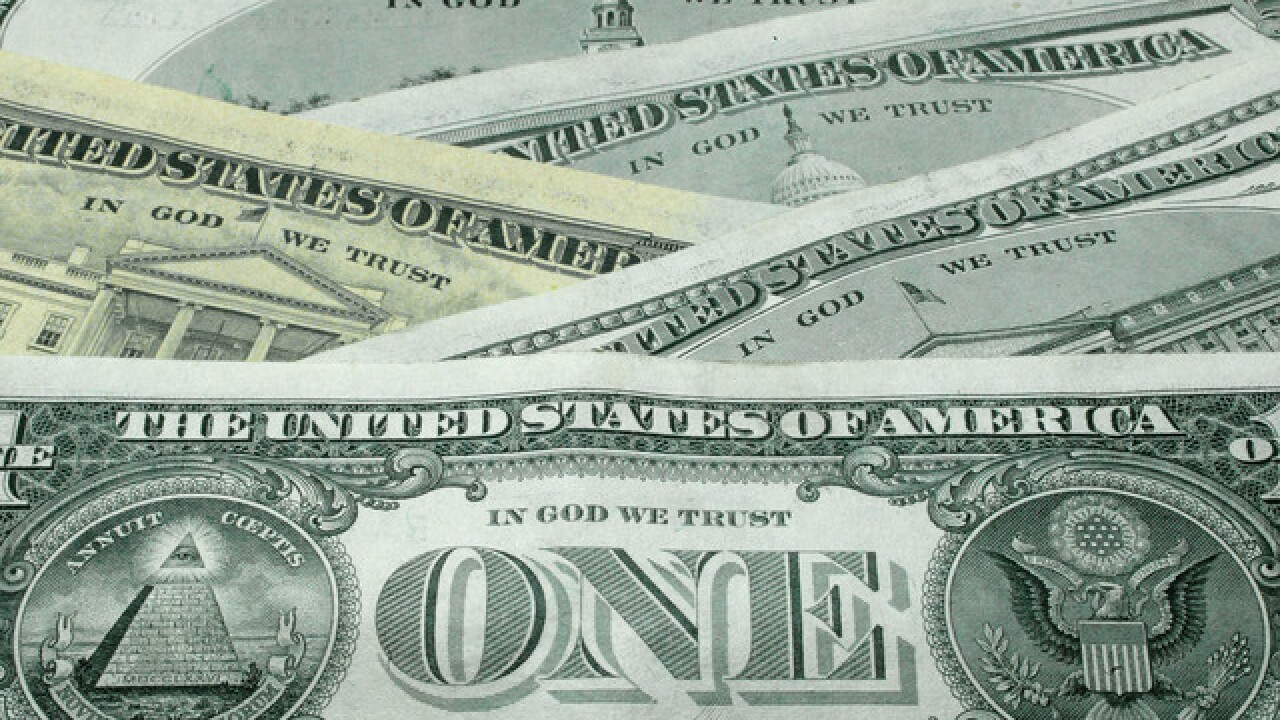 Copyright Getty Images
Alex Wong
<p>WASHINGTON - OCTOBER 14: The words "In God We Trust" are seen on U.S. currency October 14, 2004 in Washington, DC. Although the U.S. constitution prohibits an official state religion, references to God appear on American money, the U.S. Congress starts its daily session with a prayer, and the same U.S. Supreme Court that has consistently struck down organized prayer in public schools as unconstitutional opens its public sessions by asking for the blessings of God. (Photo Illustration by Alex Wong/Getty Images)</p>

Think you simply have no money to set aside for savings?  Now, apps are using artificial intelligence to give you a money-hunting assistant within your everyday life. The apps analyze accounts and activities in real time, looking for bits of money here and there to help you set aside money you won’t miss.

Others set aside money based on goals. That’s what busy mom and wife Nasreen Stump is doing. She uses the  app Qapital,
“I mean it's essentially the high tech equivalent of having a bunch of jars in front of you and seeing them fill up for what you want,” she says.

Using A.I., it has you set rules so that if you do something specific, like spend less than $20 a week on coffee, you trigger the app to send a specified amount of money into an account set aside for a goal, like a vacation or car fund.
Nasreen likes to put aside her spare change, saying, “Every single time we spend it's rounding up and putting some money aside for that.”

Her app is just one of several AI savings apps.  There’s also Chime and Digit, which constantly monitors your checking account.
“It reviews your spending habits for the month and can then tell you how much you can afford to save and automatically does that and puts that away into a separate account,” says consumer savings guru Andrea Woroch.

Woroch explains the apps’ AI  is a form of something called ‘digital nudging’, “They may not even think they can afford to save or they don't know how to do their investments. So, if they just set it up one time and it keeps doing it for them, that it just makes it that much easier.”

Some of the apps are free and others have fees, so check that carefully.  And confirm any app you choose is FDIC insured.

Woroch says, “I think we're going to see a lot more banks, credit cards, and other financial institutions implementing various apps and online sites that are going to be using artificial intelligence to help people better manage their money.”

Nasreen thinks it’s a game-changer for her, adding, “Once I went in after that first week and saw how much I had saved without realizing it, then I kind of realized it could be a game, and I could really play around with it and segment different opportunity areas and things that we could save on.”