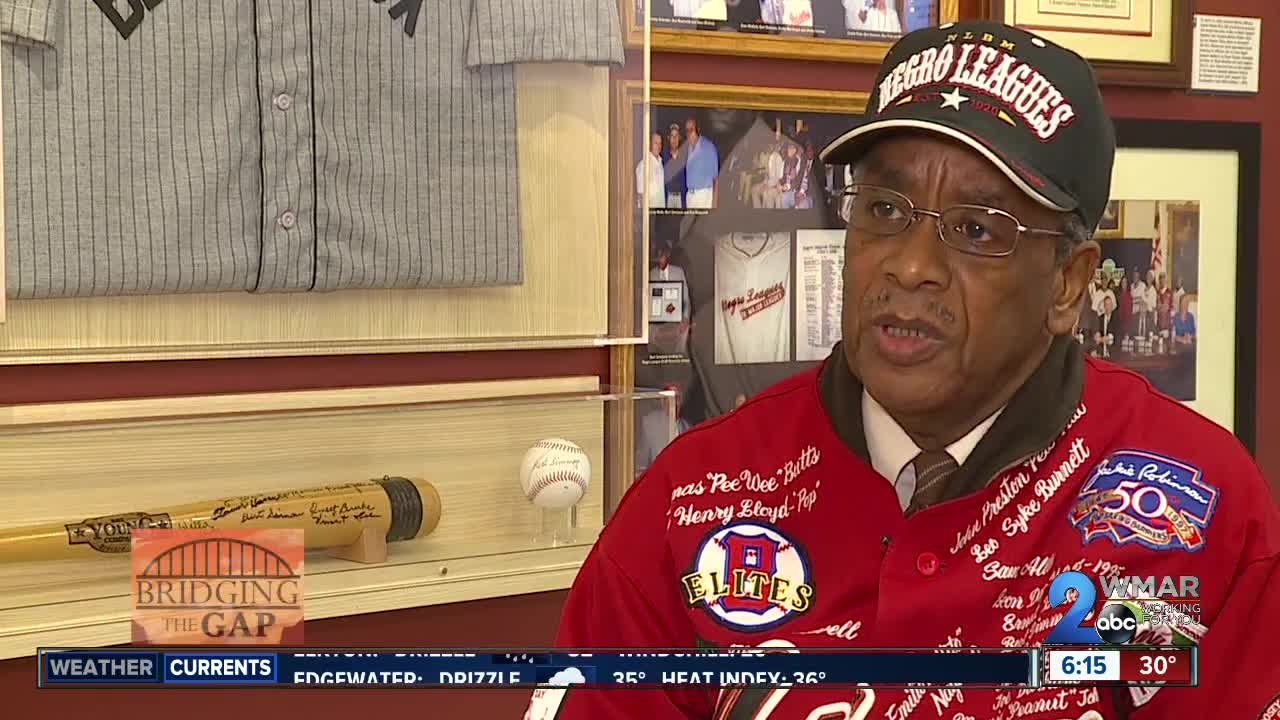 OWINGS MILLS, MD (WMAR) — Baseball in America is a great past time and during the years of segregation, The Negro Leagues formed allowing blacks to play the game they too loved. Ray Banks is a co-founder of the Hubert V. Simmons Museum of Negro League Players and has dedicated his retirement to keeping the legacy of the negro league players alive.

Located right inside of the Owings Mills Public Library, the museum transports its guest back in time with the likes of Satchel Paige, Leon Day and Mamie Peanut Johnson.

Ray Banks says that the Negro League players were pioneers in the Civil Rights Movement. “They could not go in restaurants, they could not sleep in hotels... those men had to ride through town and change clothes on the bus, but they survived, They overcame,”

The Negro Leagues transformed the game of baseball with showmanship, players stealing bases and power hitting. The stadiums became filled with spectators of both the black and white races.
In 1947, Jackie Robinson broke the Major League color barrier and by 1952, 150 players migrated from the Negro Leagues to the Majors.

“The negro league to me showed that no matter what color you are, if you're looked down upon, there's greatness in every one of us.” Said Banks

In 1956, the Negro League officially dissolved but thanks to people like Ray Banks, they won’t be forgotten.

The museum is open from 9am – 9pm, Monday through Thursday and 5pm Friday through Sunday at 10302 Grand Central Ave. Owings Mills Md. 21117.