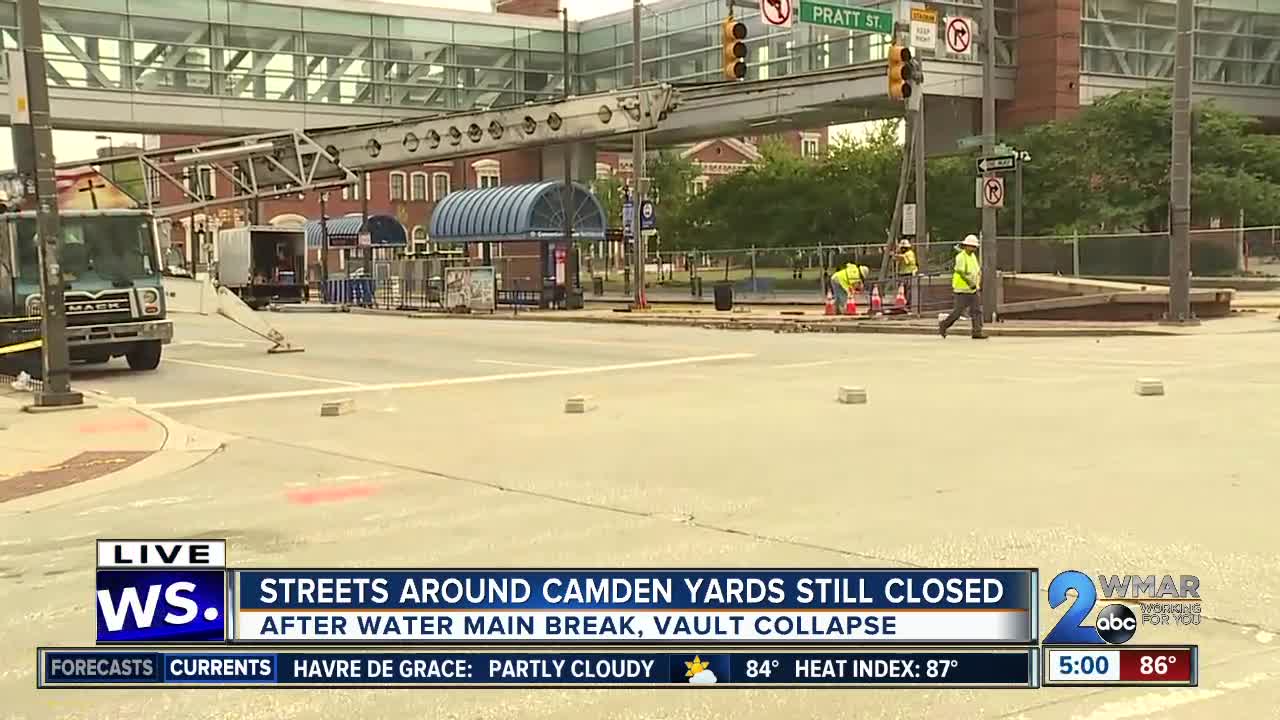 Pratt and Howard Streets around Camden Yards remain closed Tuesday after a water main break and vault collapse on Monday. 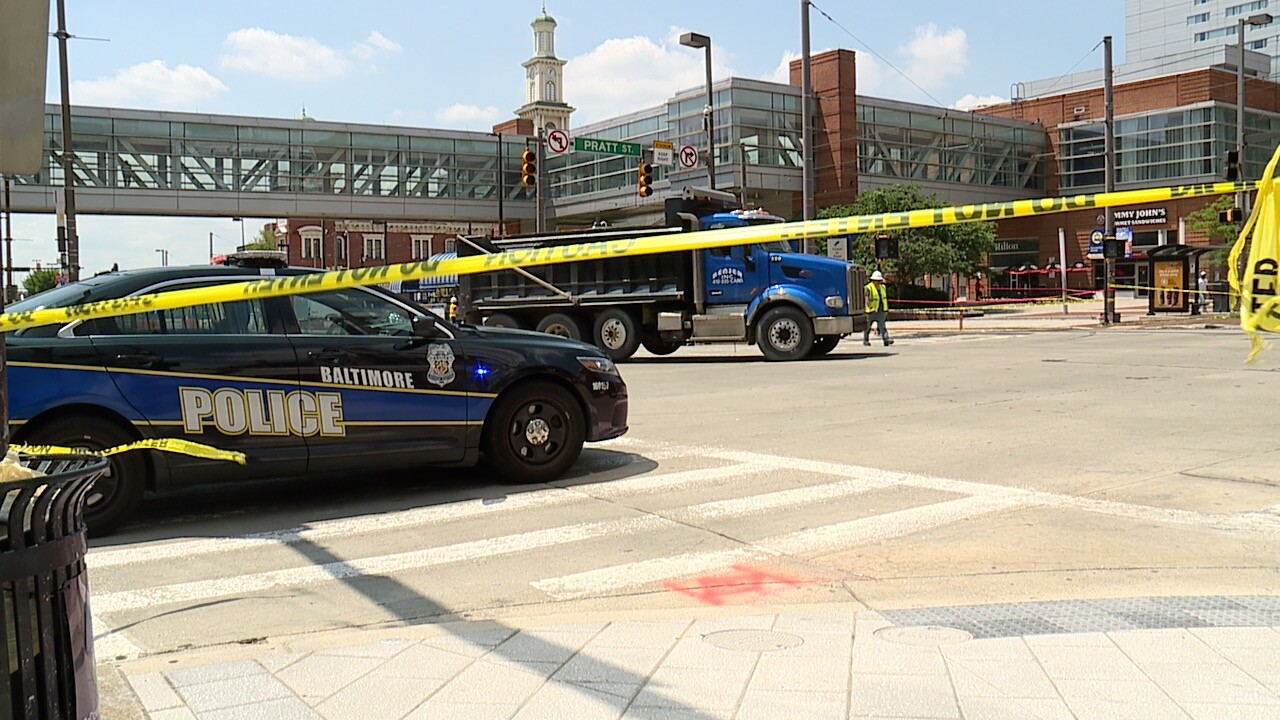 "It's kind of crazy actually. Everything is very empty. It's usually all hustle and bustle and now it's all empty," said Alicia Dodson.

The streets were instead only filled with emergency and construction crews.

"It was really hectic out here," said Erica Kennedy.

The vault collapsed while a Department of Transportation employee was doing some electrical work inside it. They were taken to Shock Trauma were they are still in critical condition.

Overnight, Department of Public Works had an engineering firm on scene to look at what happened underground. The focus now is stabilizing the ground under the roads so Pratt and Howard Streets can be reopened. The director of the Office of Emergency Management said yesterday this is just another example of the aging infrastructure issues plaguing the city.

"There's a lot of things in the city that could definitely use continued investment," said DPW Director David McMillan.

No customers are out of water service because of the main break but area transportation has been impacted.

"This morning took about an extra 40 minutes to get into work. It normally takes me about 45 and it took me a good hour and 20 minutes. 695 was totally backed up and I had to take the back way," said Dodson.

It's not just backing up traffic. Light Rail service is suspended from North Avenue to Camden Yards, and commuter buses are being detoured.

"Things happen. They're fixing it. It is what it is. They're getting it fixed, and they got the buses still running for us all the way down there," said Tammy Conley.

Electrical service for the PA system at several Light Rail stations is also down because of the water main break and ongoing maintenance and repairs.

MARC train service to Camden Yards has been resumed.

Department of Public Works and Baltimore City Emergency Services officials held a news conference after their 3 p.m. meeting on Tuesday. They say there is still work to be done to fix the break and it's a process that can take a few more weeks.

Department of Transportation told WMAR-2 that they we will continue to have closures until further notice.

At this time, DPW crews are working to get some lanes open, but in the meantime they encourage drivers to avoid the downtown area to avoid closures and advise commuters to allot extra time for their daily commute.