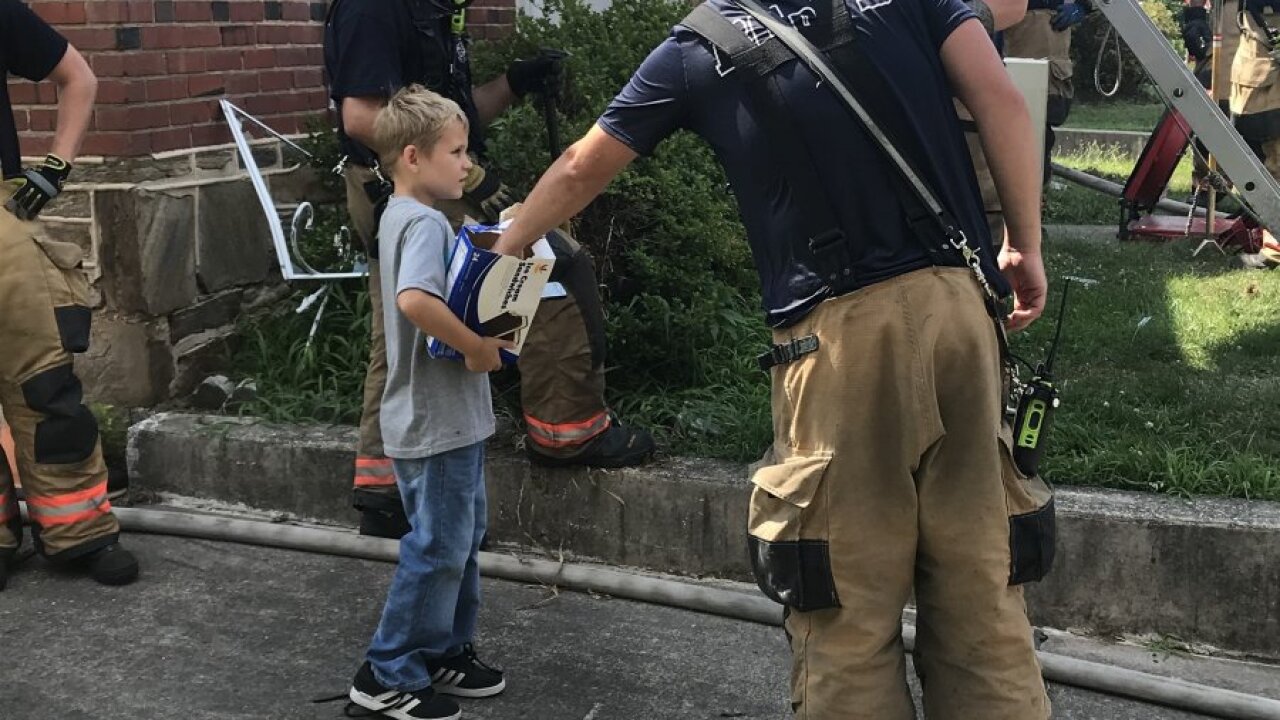 Being a firefighter is not an easy task. They not only battle fires, but scorching temperatures during the summer. To combat this, one Baltimore County child and his family helped cool down some fire fighters while they were on the job.

It started when Baltimore County fire fighters were called to the 4200 block of Cardwell Ave. for a residential fire around 2 p.m. on July 19.

As they worked to extinguish the fire, they were surprised by a young man in the neighborhood who brought them some ice cream sandwiches. The family’s act of kindness didn’t end there, they also brought out a fan for the team.

The fire crew was able to put the fire out within a couple of hours and no injuries were reported.

Many reacted to the post and applauded the boy's parents in the comments. The fire department said it appreciates the good deed and others like it.
“We never cease to be touched and amazed by the support from our communities,” said the department's spokesperson, Elise Armacost. “It’s gratifying to know that people appreciate our work.”