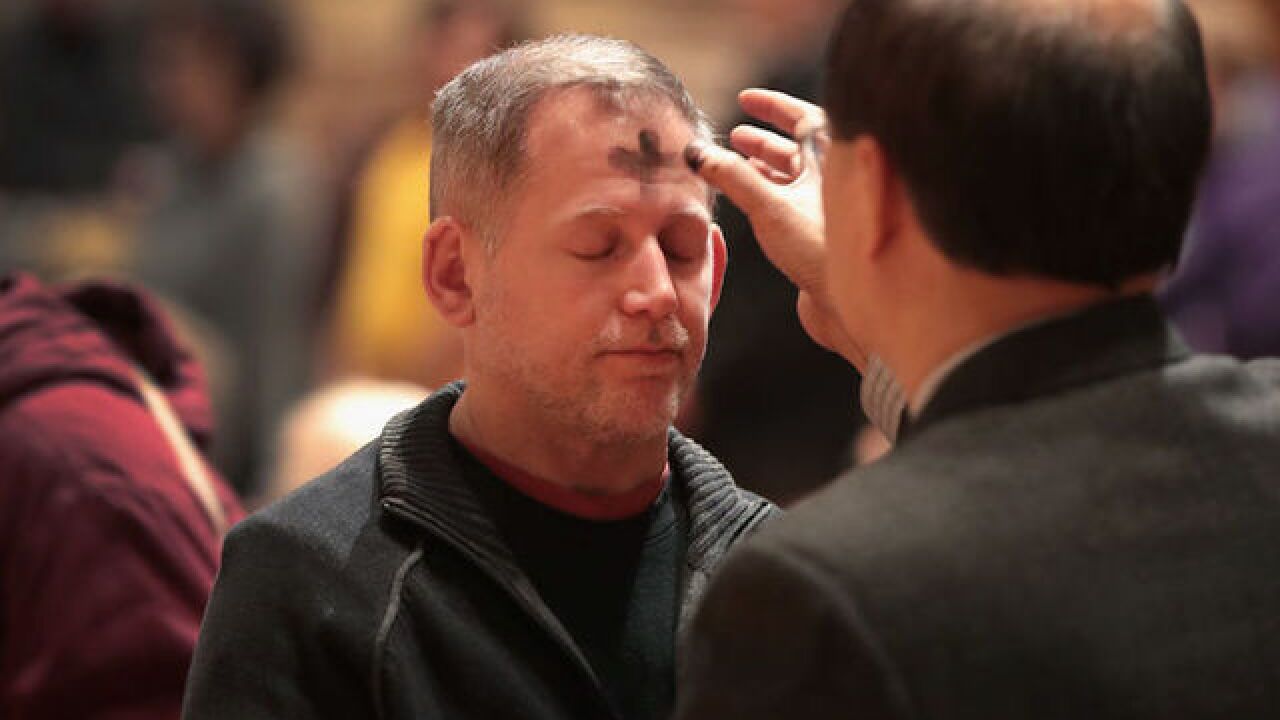 Image copyright 2017 Getty Images. All rights reserved. This material may not be published, broadcast, rewritten, or redistributed.
Scott Olson
<p>Catholics celebrate Ash Wednesday during a mass at Holy Name Cathedral on March 1, 2017 in Chicago, Illinois. Ash Wednesday, which occurs 46 days before Easter, marks the first day of Lent and the beginning of a fast for many Christian religions. </p>

It's the first time since 1945 the symbolic Christian event has fallen on the same date as Valentine's Day.

Ash Wednesday is the beginning of the 40-day period of fasting before Easter. The tradition points back to when Jesus Christ fasted for 40 days, as written in the book of Matthew in the Holy Bible.

Churches throughout the U.S. offer different ways for people to receive ashes. Some take to the streets to provide ashes to anyone interested, such as Emmanuel Lutheran Church in Bakersfield, Calif., which in the past has given markings near the city's courthouses.