Ava DuVernay Is Working On A Netflix Series About Colin Kaepernick 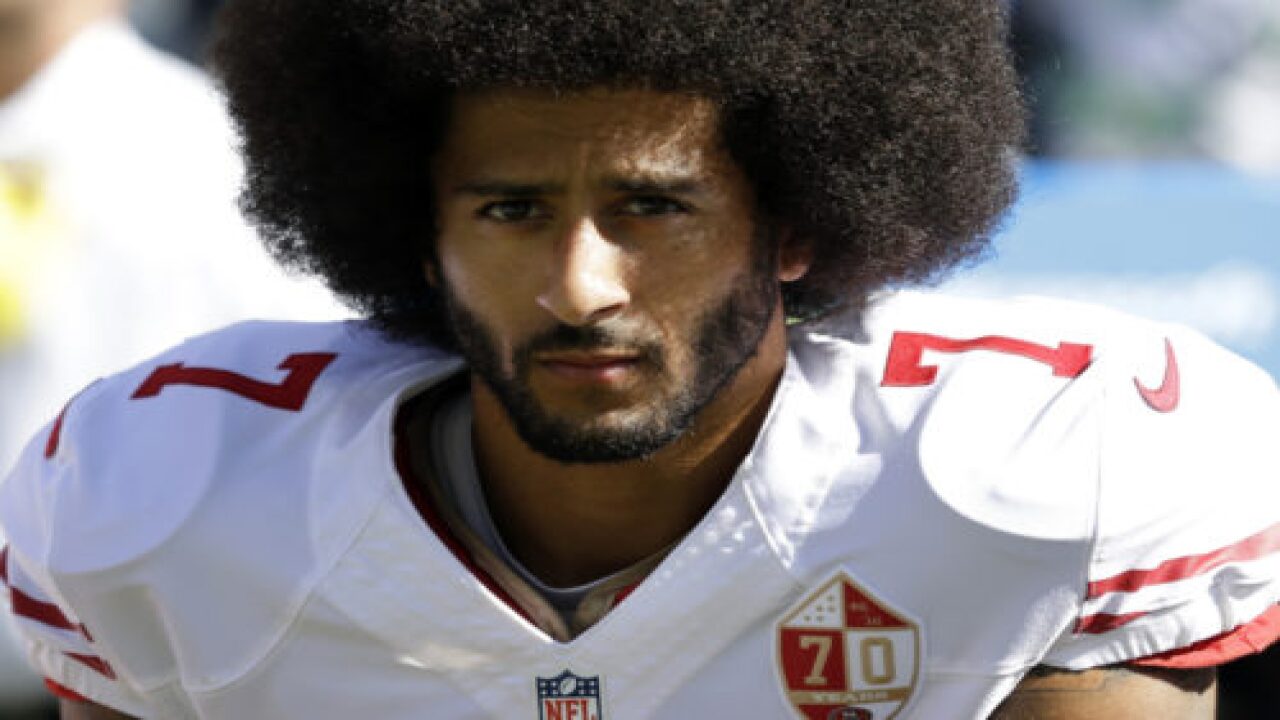 “Too often we see race and Black stories portrayed through a white lens,” the athlete said in a press release. “We seek to give new perspective to the differing realities that Black people face. We explore the racial conflicts I faced as an adopted Black man in a white community, during my high school years. It’s an honor to bring these stories to life in collaboration with Ava for the world to see.”

Michael Starrbury (“When They See Us”) penned the limited series. It will reportedly focus on Kaepernick’s sports successes and the influences that helped develop his social conscience.

In 2016, Kaepernick began sitting down during the playing of “The Star-Spangled Banner” at NFL games as an act of protest against the oppression of people of color. He later began to kneel rather than sitting on the bench during his in-game protests, as a show of respect for U.S. military members. These acts caused a rift with the NFL, leading Kaepernick to file a grievance against the organization for conspiring to keep him out of the league. That grievance was settled in 2019.

A release date for the series has not yet been announced. DuVernay created, co-wrote and directed “When They See Us,” a Netflix original series about The Central Park Five, the five Black teenagers who were falsely accused and prosecuted in the 1989 Central Park jogger case. She also directed the 2014 movie “Selma” about the 1965 Selma to Montgomery march for voting rights. That film made DuVernay the first black woman to be nominated for an Academy Award for Best Picture.

“With his act of protest, Colin Kaepernick ignited a national conversation about race and justice with far-reaching consequences for football, culture and for him, personally,” DuVernay said in the release. “Colin’s story has much to say about identity, sports and the enduring spirit of protest and resilience.”

Kaepernick has also signed a production deal with Disney, which will include both scripted and unscripted stories across its platforms, including Walt Disney Television, ESPN, Hulu, The Undefeated and Pixar. Subjects will include race, social injustice and the quest for equity, while projects will showcase directors and producers of color.

Additionally, there’s talk within the NFL about forging a path for Kaepernick to return to pro football as part of its newly-announced $250 million initiative to combat systemic racism and historic racial injustices. The league committed to supporting an end to discrimination after the Black Lives Matter protests that followed the death of George Floyd in late May and has signaled a willingness to work with Kaepernick on social justice issues.