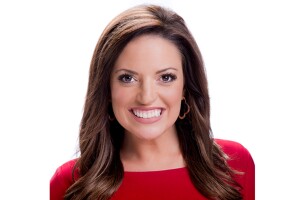 Ashley grew up in Delaware and is a proud Blue Hen! She also has an M.B.A from Wilmington University.

She began working for WMAR-2 News in April 2015. Although, she left the station in late 2018 when her son was born-- she returned the following summer and is now setting her alarm at 1:30 A.M again.

Ashley has worked for the Fox News Channel in New York and local news stations in Salisbury and Toledo, Ohio. In Toledo, Ashley was responsible for a weekly franchise "Most Wanted Wednesday", which helped law enforcement catch upwards of 100 suspects.

She is on the board of the Tinina Q. Cade Foundation, an organization offering support and financial assistance to interfile families.

Ashley enjoys spending time with family and friends at the Delaware beaches, doing Soul Cycle, and watching The Real Housewives... when she's not chasing around her toddler!