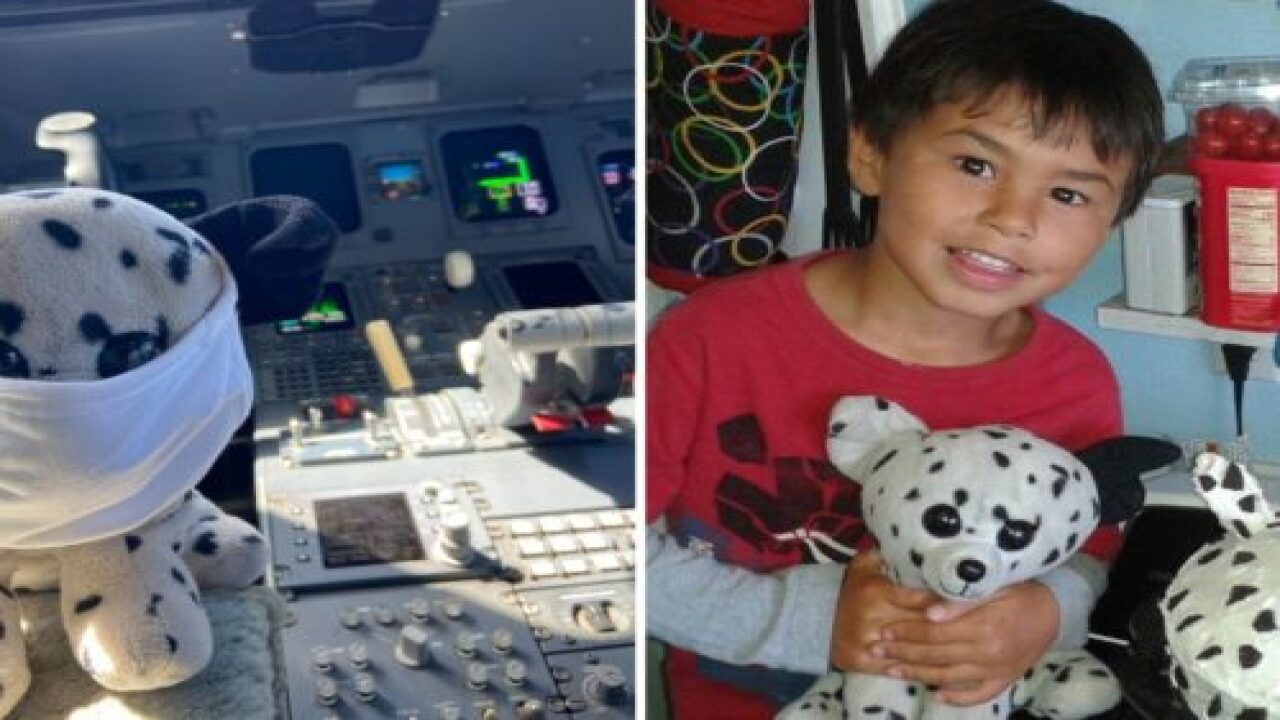 Jaydence Ronco, a 6-year-old boy from Florida, recently flew home from a family vacation and discovered his beloved stuffed Dalmatian was not at his side. Sadly, the spotted pup was misplaced somewhere along the way on the family’s return home, and no one was sure where he got lost.

Meanwhile, hundreds of miles away, the faithful companion obediently sat in the Cincinnati/Northern Kentucky Airport at the departure gate waiting for his family to return. Officials at the airport noticed this adorable little plush dog and knew they had to help him find his family. So, they posted the cutest lost-dog notice on their official Facebook page, writing under the photo of the pup, “We think this guy missed his flight at CVG this morning!”

It’s as though airport officials knew how important his dog was to his young owner. While we all have fond memories of favorite toys as a child, this pup had extra meaning to the young boy. The plush, named Masch Masch, was a gift to celebrate one of the family’s most special days: Jaydence’s adoption.

“We fostered all three of these boys, and they each came up for adoption,” she told WLWT-TV. “And so at different times we met before the judge, and the judge — at least in the state of Florida — always gives a stuffed animal on their adoption day at the court.”

The pup is dear to Jaydence, but as any family traveling with young children can understand, things can get frantic and everyone gets exhausted.

“We were so sleepy that I forgot [him],” Jaydence told WLWT.

Over the next few days, airport officials decided to give the little dog they’d named Jet the VIP treatment as they continued to search for the lost family.

First, they got the dog a face mask, so he could follow proper health precautions as they gave him a tour to see if he could sniff out where his family was before they left.

A couple of days later, Jet got hired by the airport, took a tour of the firehouse and tried to grab a drink at one of the restaurants — you have to prove you’re of age, though!

Within a few days, the airport’s witty posts went viral, with more than a million views, which ultimately lead to the happy ending everyone wanted. Workers were able to track down the Ronco family and planned to fly Jet home to the St. Pete-Clearwater airport where the family got their joyous reunion!

There is nothing better than seeing a boy and his special friend reunited, is there? Kudos to the airport staffers who doggedly searched for answers and didn’t rest until these two got back together!