Most memorable lines from the CNN's Bernie Sanders town hall 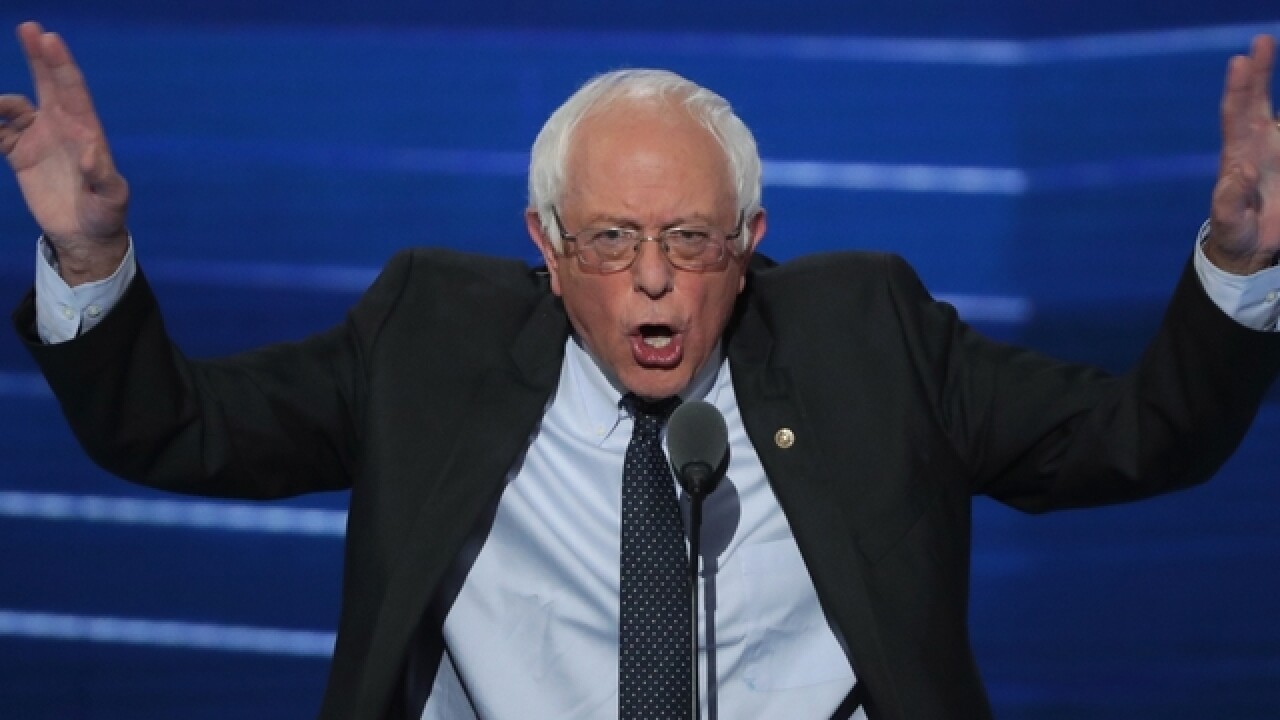 By: CNN
Posted at 11:19 PM, Jan 09, 2017
WASHINGTON (CNN) -- Vermont Sen. Bernie Sanders sat down with CNN's Chris Cuomo for a town hall Monday night to have a "serious discussion about the issues impacting the American people," he said.
Sanders, who ran a failed bid for the 2016 Democratic presidential nomination against Hillary Clinton, is a progressive leader whose views will help shape the future of the Democratic Party in the wake of Donald Trump's election.
Here's a look at the night's most memorable lines:
On Trump's honesty
"We are dealing with a man who, in many respects is ... a pathological liar," said Sanders. "Time after time after time he says stuff that is blatantly, absolutely untrue."
On the danger Trump poses
"People are frightened," he said.
On the economy
"I want an economy that belongs to all of us -- works for all of us," he said on the automation threat to jobs.
On alleged Russian hacking
"I think the evidence is overwhelming," he said.
On Obamacare
"It has problems. But we damn well are not going to see it repealed and have no replacement there at all," he said of President Barack Obama's signature law.
On demonizing people
"I'm not demonizing people. What I'm saying is that the billionaire class has enormous power," he said.
On trade
"I will work with Mr. Trump. I will work with anybody who wants to work together to develop a trade policy which tells corporate America they have to look beyond their greed," he said.
On the Voting Rights Act
"Thank God in America voter fraud is very, very rare but (Republican states) are using that argument to make it harder for poor people, for old people, for people of color to vote," Sanders said about Republicans attacking the Voting Rights Act.
On Trump's Cabinet
"All that I am doing here is trying to be polite," he said, declining to say how he would vote on the nominations. "Before I vote against them, I want to hear what they're going to say."
On a compliment for Trump
"Donald Trump did something extraordinary," he said. "Trump took on the Republican establishment, took on the Democratic establishment, took on the media establishment and he ended up winning the election to become President of the United States."
On 2020
"It is much too early to be talking about that," he said.
The-CNN-Wire
™ & © 2017 Cable News Network, Inc., a Time Warner Company. All rights reserved.
Copyright 2017 Scripps Media, Inc. All rights reserved. This material may not be published, broadcast, rewritten, or redistributed.