FBI news too late to sway millions of early voters 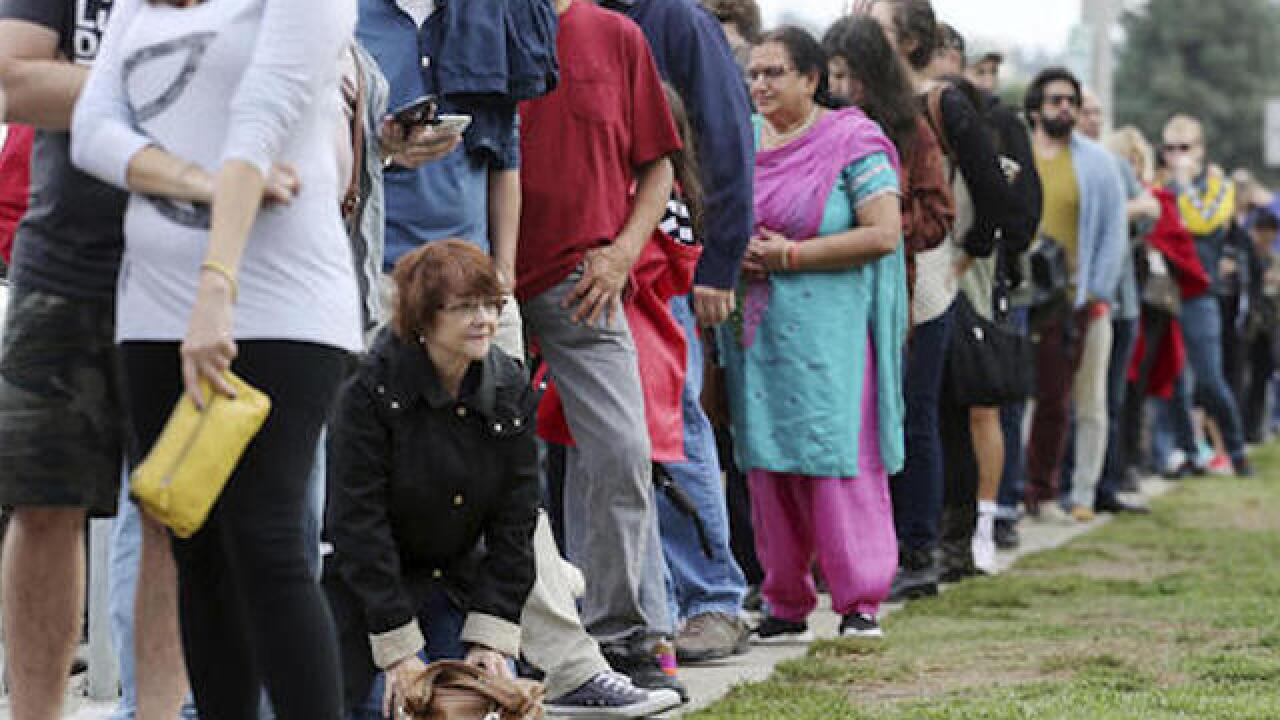 WASHINGTON (AP) — Donald Trump's supporters may hope that last week's FBI revelation about the Hillary Clinton email investigation might give the Republican's campaign a boost. But it's already too late for Trump to win over around a fifth of American voters, including many of the most coveted ones: those in battleground states.

Tens of millions of voters had already cast ballots before news broke Friday that the FBI was examining newly discovered emails that might be pertinent to the dormant investigation of Clinton's use of a private email server.

In critical states such as Florida, Nevada and Colorado, one-third or more of the expected ballots have already been cast. The breakdown of those voters by party affiliation, race and other factors points to an advantage for Clinton. That will make it more difficult for Trump to capitalize on the FBI news.

Overall, early voting — by mail and at polling stations — is underway in 37 states.

At least 24.6 million votes have been cast, far higher than the rate in 2012, according to Associated Press data. That represents nearly 20 percent of the total votes expected nationwide, if turnout is similar to 2012. In all, more than 46 million people — or as much as 40 percent of the electorate — are expected to vote before Election Day, Nov. 8.

A look at voting so far in key states:

More than 3.7 million early ballots have been cast, or nearly half the total votes cast in Florida in 2012. Democratic ballots are now virtually tied with those cast by registered Republicans, each with about 40 percent. Democrats have kept it close during mail balloting, when Republicans historically have done better. GOP analysts say Democrats now hold the advantage because the latter party typically runs up big advantages during early in-person voting, which began last week. Barack Obama won the state in 2008 and 2012. It's a must-win state for Trump.

At least 1.6 million votes have been cast, or more than one-third of total ballots in 2012. Democratic ballots lead, 44 percent to 31 percent. Democrats had been running ahead of the 2012 pace until last week, when they dipped below 2012 levels. But that may be because fewer polling places were open in the first week of in-person voting compared with 2012. More polling locations have since opened and Democrats are starting to make up ground. Republicans remain slightly ahead of 2012 levels. Republican Mitt Romney won the state in 2012 by 92,000 votes. It's another state Trump can't afford to lose.

More than 457,000 residents have voted, nearly half the total 1 million votes cast in 2012. Democratic ballots are currently ahead, 44 percent to 36 percent. That's similar to the lead Democrats held at this point in 2012, when Obama won the state by 6 percentage points.

At least 866,000 people have voted, or roughly one-third the total votes in 2012. Democratic ballots lead, 38 percent to 35 percent. That's a change from this point in 2012, when Republicans were slightly ahead in ballots cast. Obama won the state in 2012 by 5 percentage points.

More than 398,000 ballots have been cast, or about one-fourth the total ballots in 2012. Democratic ballots are ahead, 45 percent to 34 percent. Democrats have been running further behind compared to 2012 levels, although there were indications of some Democratic momentum before Friday's FBI news. The percentage breakdown in ballots cast by party is generally similar to 2012, when Obama won the state based on his strength in the early vote.