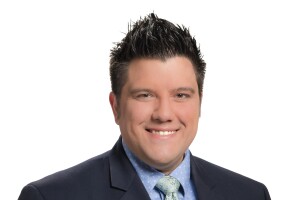 Dave was born in Brookhaven, New York and grew up in the Shirley-Mastics-Moriches area of Long Island. He graduated from William Floyd High School.

His passion for storytelling started when a friend convinced him to join the school’s Video Club. While cleaning out the club's cabinet he found VHS tapes from the 1980's and discovered the school once had its own news show. With the help of club members, Dave created 'Floyd In Focus'. He admits he had no idea what he was doing at the time!

Dave attended Emerson College in Boston where he learned his craft, graduating with a journalism degree. Since then he's traveled the country telling stories in various states as a general assignment and investigative reporter.

Dave's most memorable stories include helping a youth football league get their field lights repaired in Memphis, the Daniel Holtzclaw trial in Oklahoma City and an over the top McDonald's worker in Columbus, Ohio.

Excited to be in the Charm City, Dave wants to tell your stories. If you see him out and about say 'hi.' He's never met a stranger he didn't know!

His philosophy: "Everyone has a story worth telling."