GBMC collects more than $4,000 for House of Ruth 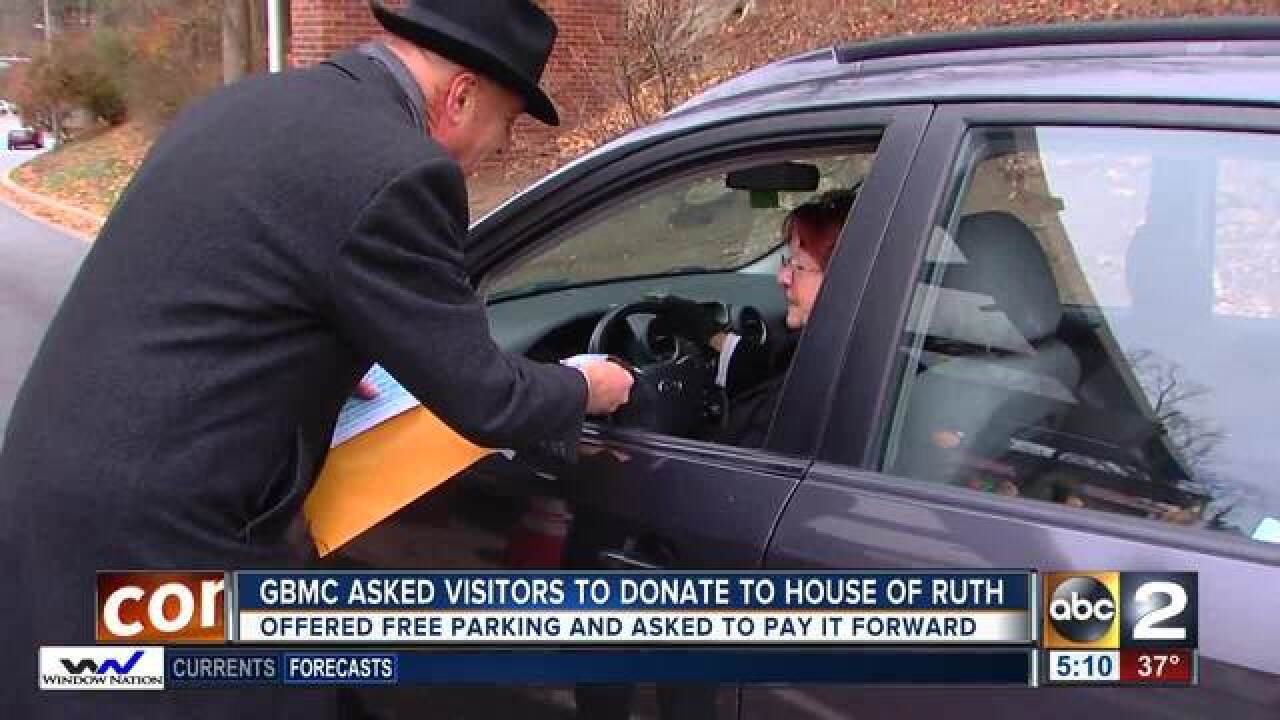 The Greater Baltimore Medical Center raised more than $4,000 for the House of Ruth on Friday.

Members of the GBMC leadership team worked the parking booths at the hospital. Instead of collecting parking fees, they handed out flyers asking visitors to "pay it forward" by donating to the organization. House of Ruth serves women and children who are abused and homeless.

"Domestic violence doesn't take a break for the holidays. Actually, there's some evidence that it gets worse," said President and CEO of GBMC Healthcare. "We need to stop and reach out to those that are in need. This is just another great way to do it."

RELATED: Donate to House of Ruth Maryland now, and WMAR will match up to $10,000

For more information about the Fill the House campaign and how to donate, click here.