Donate to House of Ruth Maryland now, and WMAR will match up to $10,000 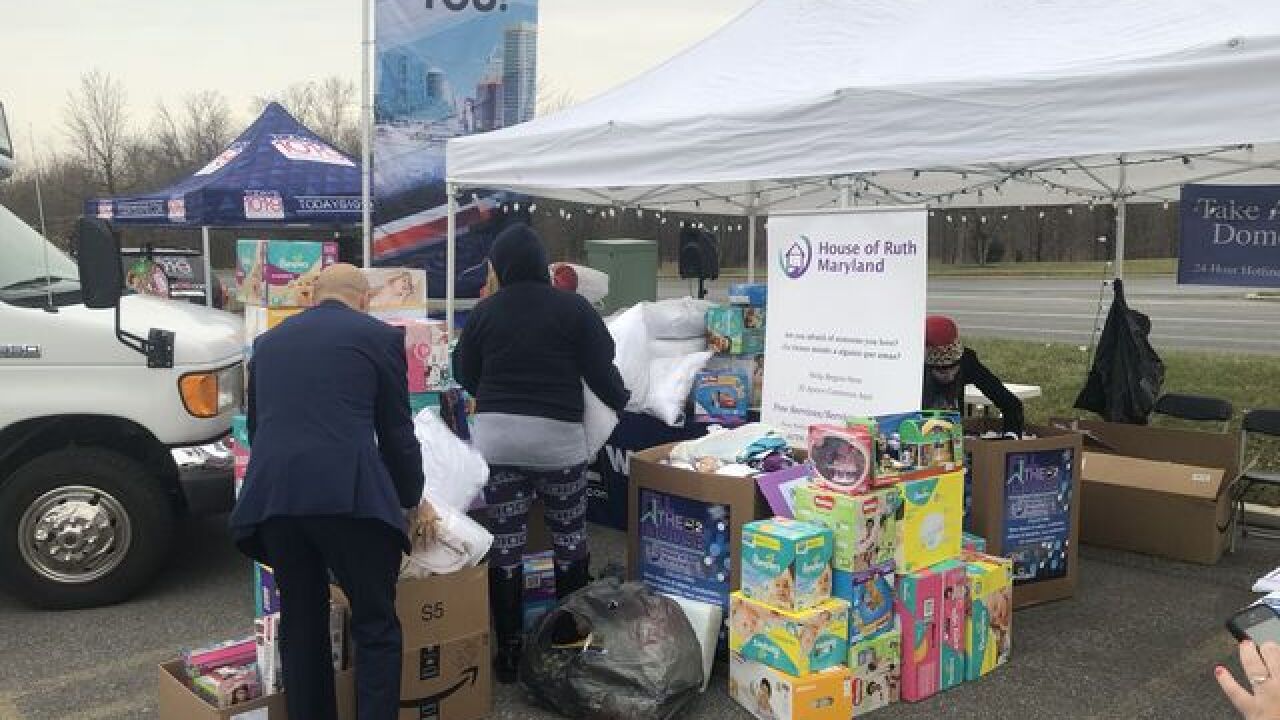 Copyright 2017 Scripps Media, Inc. All rights reserved. This material may not be published, broadcast, rewritten, or redistributed.
What is a holiday season without the spirit of giving back? Members of the community stopped by the ABC2 News tent to donate much-needed supplies to fill the House of Ruth for the holidays.

WMAR will be presenting a matching grant check at the December 20th event. All donations made to House of Ruth Maryland between Dec. 1-19 will be matched by up to $10,000 by WMAR.

In addition, WMAR will be presenting House of Ruth Maryland with 595 backpacks filled with teddy bears and books.

When children enter the shelter throughout the year, they will have the opportunity to choose their own backpack, teddy bear and book, empowering them to make decisions during a time in which they do not have control of their lives.

“We are excited to partner with WMAR to ‘Fill The House’ for House of Ruth Maryland this holiday season,” said Sandi Timmins, executive director of House of Ruth Maryland. “As we recognize our 40th anniversary, we are committed to continuing our work within our community, providing services and resources to victims of intimate partner violence.”

Trucks donated by Von Paris Moving & Storage will be at White Marsh Mall from 9 a.m. to 6:30 p.m. on December 20th. 101.9 Lite FM will be on hand throughout the day, providing giveaways and music.

House of Ruth Maryland will be collecting the following items for the Fill The House campaign: diapers and wipes, comforters, pillows and blankets, and new underwear for women and children. In addition, sponsors GBMC and PeoplesBank will be collecting the same items at their locations in the Baltimore area all month in preparation for the drive on December 20th.